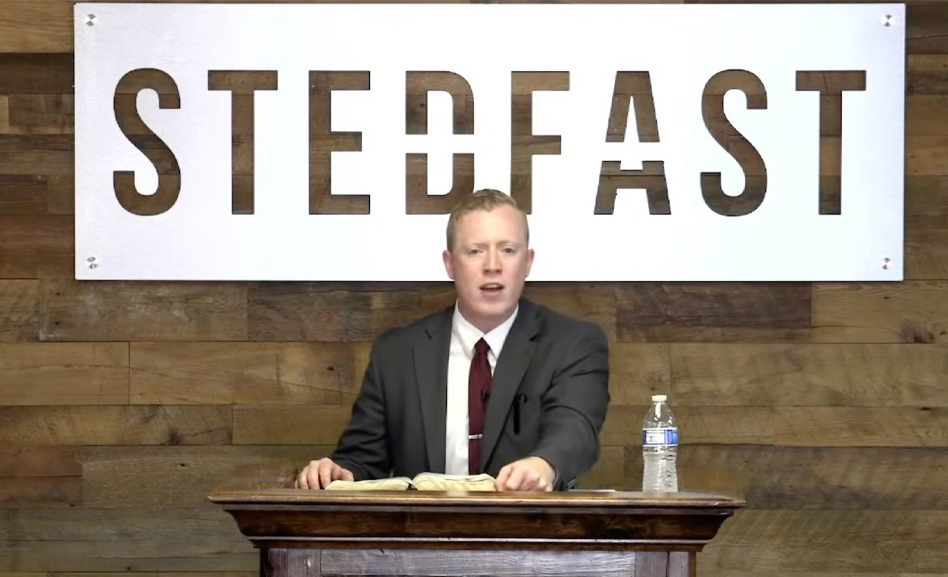 Stedfast Baptist Church, now located in a strip center on Denton Highway in Watauga, is back in the headlines again this week after one of the so-called church’s preachers delivered a sermon calling for every LGBTQ person in the U.S. to be executed.

As North Texas began celebrating Pride Month last weekend, Stedfast pastor Dillon Awes preached a sermon declaring “the solution for the homosexual” is to be tried for the crime of homosexuality and be convicted of murder. Citing the Book of Romans in the Bible, Awes said, LGBTQ people “should be lined up against the wall and shot in the back of the head! That’s what God teaches. That’s what the Bible says. You don’t like it? You don’t like God’s Word, because that is what God says.”

As shockingly vile as that is, it is actually just the latest death threat from this church and its pastors.

Stedfast first made headlines in December 2014 when its then-pastor Donnie Romero posted a video online of a sermon in which he said all LGBTQ people should be — you guessed it — put to death. “I’m not going to let these dirty faggots in my church,” Romero said. “They’re all pedophiles.”

Romero grabbed attention again in June 2016 when he said in another sermon that the victims of the June 12, 2016 massacre at Pulse nightclub in Orlando deserved to die because they were “sodomites … perverts and pedophiles” and “the scum of the earth,” and that “the earth is a little bit better place now” because they were killed. He also prayed that the surviving victims would die.

LGBTQ folks and their allies began protesting regularly outside the church, then located on Jacksboro Highway, and eventually Romero was ousted as pastor after getting caught sleeping with prostitutes, gambling and in possession of marijuana.

Last year, Stedfast showed up in Hurst, where then-pastor Jonathan Shelley preached — in a sermon videotaped and posted to the internet — that LGBTQ people should be shot in the head. That prompted the formation of a group called No Hate in Hurst, which staged protests on the sidewalk across from Stedfast’s meeting place each time the church met.

The “church” then moved to Watauga after being evicted from its Hurst meeting place. Folks that had been associated with No Hate in Hurst were, earlier this month, calling for others to join them in reviving the regular protests in Watauga.