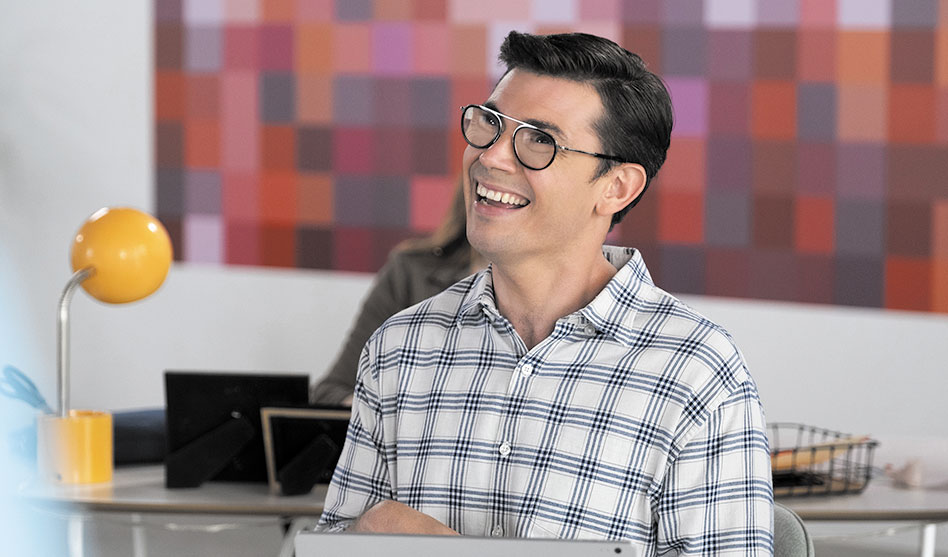 A gay man with cerebral palsy: You won’t find that kind of important representation just any time you flick on the TV, which is why Ryan O’Connell’s Netflix show Special has been uniquely refreshing and profoundly revolutionary.
It began as his memoir, entitled I’m Special: And Other Lies We Tell Ourselves — and then evolved into a full-fledged, semi-autobiographical dramedy in 2019 on Netflix. He created it; he stars in it; he writes it. And he does so once again with the second and final season, which expands episodes from short bits to sitcom-length servings, with openly gay actor Jim Parsons still producing.

Here, O’Connell talks about his honest approach to gay sex and how it’s important for him to still, after Special, create stories about people living with disabilities.

Dallas Voice: How’re you feeling now that the show has come to an end? Ryan O’Connell: Honestly, it sounds weird to say, but I feel pretty good about it. I mean, obviously, the decision to end the show was not mine, but here’s the deal: I’m gonna give you a little blurry timeline of the show. We pitched it in 2015; it took four years to get made. Then it came out April 2019 and took us five months to get renewed and then COVID shut us down. [It took] us two years for Season 2.

So, as amazing as the show has been, and incredible, it’s also kinda been like a bad boyfriend. This has been a part of my life for six years, so because we knew from the jump that this was going to be the last season, we were able to really craft, I think, a really complete and final season.

So, from the storyline perspective, it feels totally right. Special has been really incredible, but it’s been a really, really difficult show to make, and it feels like it’s always hanging on by a thread and, yeah, I think I’m ready for a new anxiety moment. 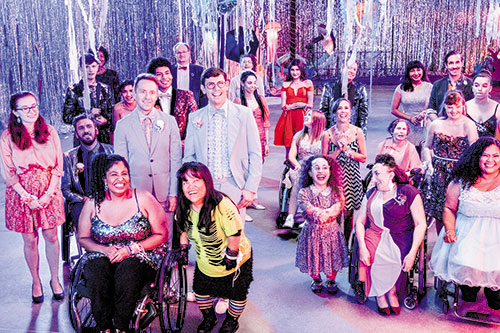 With this season, where do you end and where does the other Ryan begin? As the show’s gone on, the character of Ryan has become less and less like me, especially in Season 2. Season 1, honestly, wasn’t really like me either. I mean, I was never like this character; I was never this arrested development. I moved out of my parents’ house at 18 — right on schedule! Lost my virginity at 17 — right on schedule! What I do relate to with this character of Ryan in Seasons 1 and 2 are the emotional themes, like what he’s struggling with, this feeling of, “Is he enough?” This struggle with self-worth and independence. That really resonates with me deeply. But in terms of the situations this little goof troop finds himself in, I don’t relate to that. … But emotionally I get it. I’ve been through what he’s been through.

I’m calling this season “Ryan’s journey to being a dom top.” Oh my. Well, at least emotionally, yeah. And actually, you’re right, he does top! … I think it works both ways, baby. I think Ryan has been emotionally and physically bottoming for a lot of people, and this season is all about him coming into his own and asserting what he wants and not apologizing for it. He’s not apologizing for taking up space; that’s something I really, really relate to.

A couple years ago, I really experienced a shift in terms of realizing how much I was contorting myself to make everyone else around me comfortable while never asking, “Am I comfortable? Do I want to do this?” … But I really have learned to let go of that completely, and I just try to walk around with the confidence of a New York straight, white male. I cosplay as one every day. 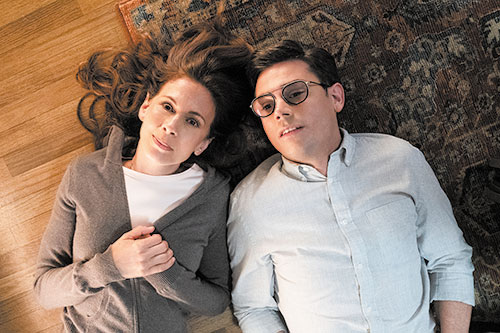 As for the gay sex on Special — It’s not the kind of gay sex that’s watered the fuck down to make straight people more comfortable, which is why I love it so much. Yes, it’s definitely … you can tell it’s written and performed by a gay person. And also, I’ve been very vocal about how I only hire gay actors to play gay roles, and people are like, “Um, it’s called acting, ever heard of it? That’s their literal job.” And I’m like, “Honey, sweetie, darling, baby, that’s not what this is about. I understand, I’m very aware of what acting means, but we don’t live in a world where there’s an equal playing field, and that’s why I wanna give people opportunities to get parts, because not a lot of people are giving them those opportunities.”

And also, from a selfish point of view, it’s much easier to shoot a gay sex scene with a gay actor than it is a straight actor. I don’t wanna fucking explain the mechanics of gay sex to a straight actor. Life is too short, honey. … We definitely pushed the envelope. … I just don’t understand why the representation of gay sex has been so dire. It’s either hypersexualized and very porny and erotic, or it’s done in a tent, off-camera, and you just hear lots of grunting and moaning. So it was really nice to not do any of that and also not have sex that’s cloaked in shame or secrecy.

From what I know, this season was shot entirely during the pandemic, which means the sex scenes were also shot during the pandemic. Is that right? The first four episodes were … done pre-COVID. It’s so funny watching the first four episodes ’cause I feel like I have a literal record of the last month of the world before it changed aerobically forever. It’s so eerie. But again, with me and Max Jenkins, Max is a friend of mine and I’ve known him for a long time and there’s just a level of comfort between the two of us that, again, is another benefit of just shooting with gay friends. There’s this ease that I feel I wouldn’t have with some rando straight stranger. So I don’t feel like the pandemic actually made the sex scenes suffer.

The guy who you meet who fetishisizes disability. Were you faced with a situation like that in your own life? I’ve never been fetishized, but I’ve heard about it, and I know that it’s a thing. I think they’re called “devotees,” and I thought it was an interesting way to explore Ryan grappling with his self-worth. So it was really important to me that it was very clear that this is a consensual experience. Ryan’s not being sexually assaulted. The guy says, “Is this OK?” and Ryan says yes, because that’s a very real thing that we don’t talk about, which is basically sex that you’re not comfortable having, but you don’t necessarily have the self-esteem to MacGyver yourself out of it.

How do you hope Special has enlightened people within the LGTBQ+ community, and beyond, who haven’t really considered the experiences of someone who is a queer person with a disability? I hate the word “normal,” ’cause what is normal? But so little is discussed in terms of disability. I feel like the disabled people often exist on the fringes of our society, because they are quite literally shut out, based on this world not being accessible on a very basic level. So, I think that the dialogue around disability is happening, but I still think it’s not happening to the level that it should, and I think people feel uncomfortable when talking about disability. I feel like they’re worried about saying the wrong thing.

I think with Special, you know, comedy is the best superpower that I have, that I’ve used throughout my life to get through it. And I think that when you give people permission to laugh, it creates this general ease and comfort.

Ryan is disabled, but you don’t have to be disabled to be feeling the things that he’s feeling. So I think it’s really just important to show a gay character who doesn’t fit the physical ideals. I hope that it normalizes disability and I hope that it adds more texture to the queer experience, because in a lot of ways TV is gayer than ever. I feel like you can’t sell a pilot without including a gay guy in there. But I still think that gay men are rarely allowed to be the complicated main course of the show. I think they’re often relegated to being the appetizer. So I think it’s really important that we show gay men and [their] rich interior life, not just in the context of them, like, shopping or being comedic relief.

Looking ahead, what kind of stories do you want to tell next or be a part of? And in what form: film or television? Picasso had his Blue Period, and I’m still in my Gay Disabled Period. So, I wrote a novel called Just By Looking At Him that is about a gay guy with cerebral palsy who writes for TV. What?! She didn’t stray too far for this one! That’s being adapted into a movie with Greg Berlanti producing, so I’m gonna be writing that and starring in it, which will be really great. Then I sold a show to HBO Max called Accessible, which is a teen disabled comedy, which I hope gets picked up to series.

Sometimes I feel like, “Should I really kind of dive into disability again?” Or, “I’ve already done that.” But the fact is that there’s so much that has not been explored, and that’s what really gets me excited as a storyteller: When you can say things like, “Wow, I’ve never seen that on TV before.”

It’s crazy that we’re still saying that in 2021. Even though there are approximately 40 million shows on the air, there are things that still have stigma and still have taboo. So I’m only going to be playing in the world of disability for a little bit longer! And we’ll see what happens.

This interview has been condensed and edited for clarity.