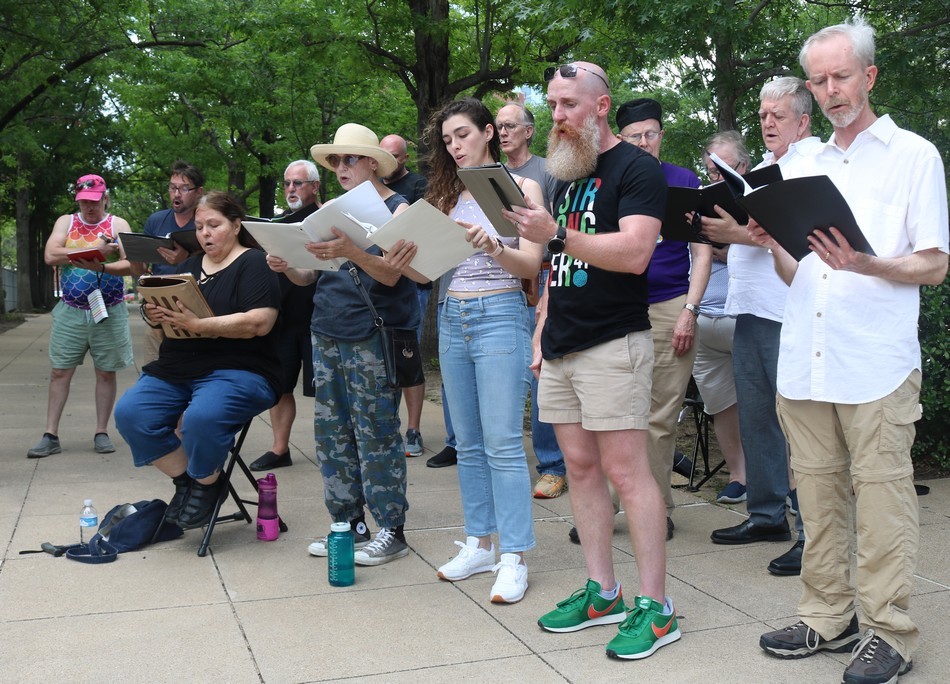 The Turtle Creek Chorale sang in the park across the street from the Omni Hotel where attendees from the QAnon convention are staying. (David Taffet/Dallas Voice)

A group of the Turtle Creek Chorale members and other community singers gathered across the street from the Omni Hotel in downtown Dallas where members of QAnon gathered for their first national convention.

Although the hotel is connected to the Dallas Convention Center, that facility was not available for the group to use, so meetings were held a few blocks away at Gilley’s. QAnon is the conspiracy group that claims sex trafficking pedophiles conspired against Trump and stole the election. Member of the group participated in the insurrection at the U.S. Capitol on Jan. 6.

“We’re here as a peaceful musical protest,” said TCC Artistic Director Sean Baugh. “There’s enough screaming going on down the road for all of us.”

The performance lasted an hour and included songs like “Let There Be Peace on Earth,” “Lift Every Voice and Sing,” “Take A Stand,” “We Are Rising Up” and more.

“Singers in Dallas believe in love over fear,” was the theme of the protest. Baugh said with the group in town, he had to do something and singing is the way the Chorale delivers a message. 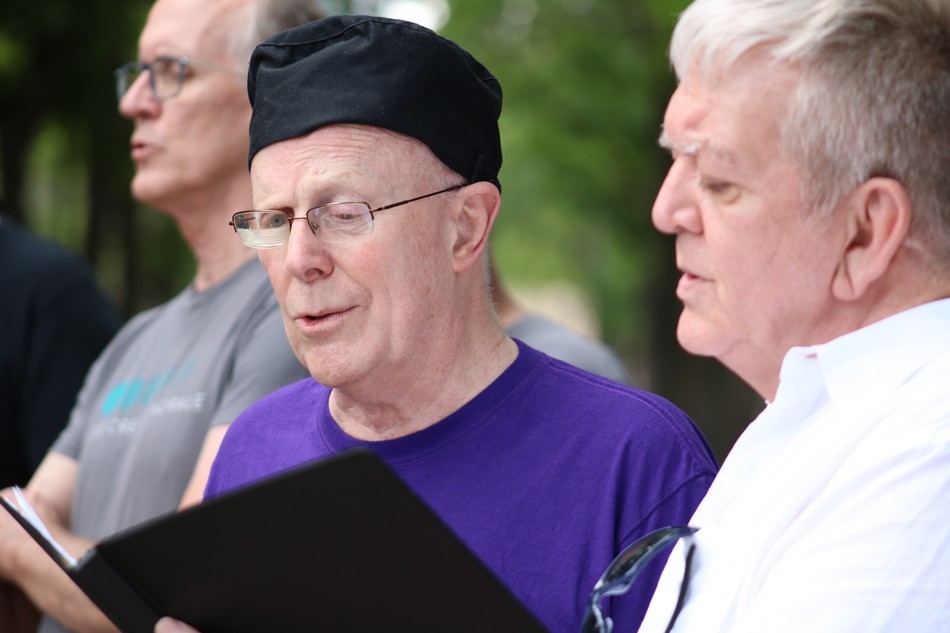 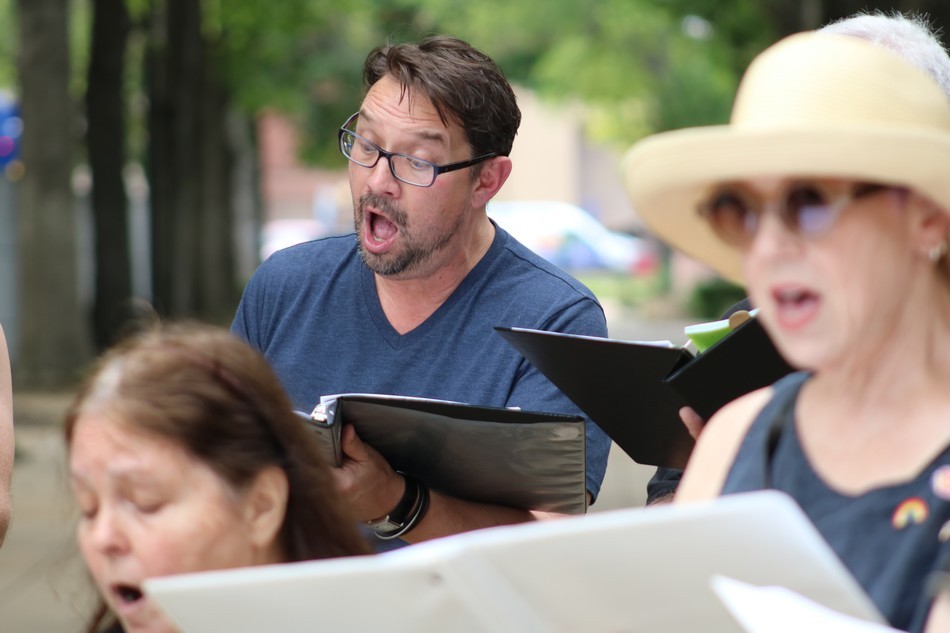