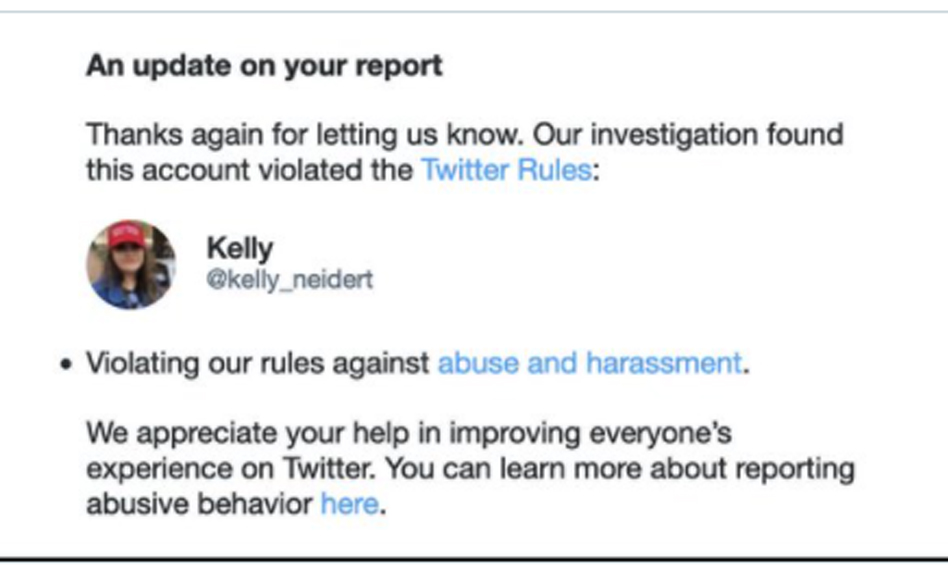 Twitter accounts for right-wing agitator Kelly Neidert and for her “nonprofit” called Protect Texas Kids have both been suspended after Neidert posted over the weekend that everyone attended Pride celebrations should be “rounded up.” 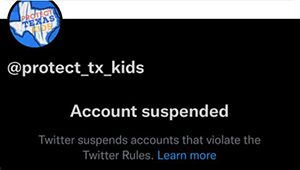 Protect Texas Kids is not on the IRS list of organizations able to accept tax-exempt donations, nor is it registered with the state as a nonprofit.

Neidert, who graduated from the University of North Texas in May, labeled herself the most hated conservative student on the UNT campus after she brought in right-wing and virulently anti-trans political candidate Jeff Younger to speak to students. She also had a reputation for harassing LGBTQ to the point that a Change.org petition was started calling on UNT officials to expel her because she had consistently “perpetuated a hostile environment by encouraging and disseminating transphobic, racist, and homophobic rhetoric.”

After graduating, Neidert created her “Protect Texas Kids” group and turned her focus to drag shows in the DFW area. She was reportedly the organizer behind the June 3 protest of the “kid-friendly drag show” held at Mr. Misster, and behind the protest on June 12 outside Troy’s at Texas Live where the “Disney Drag Brunch” was held.

Dallas police were called to the scene of the June 3 protest and went inside the bar at the insistence of one of the protesters who wanted officers to “conduct a welfare check” of the children inside. Neidert declared protesters had won the day because officers made those with children leave the event. However, a DPD spokesman told Dallas Voice that officers found no problems inside the bar and that when those attending chose to leave, officers escorted them out to protect them from being harassed by the protesters outside.

Officers were also called to the scene in Arlington on June 12 and made protesters move to a sidewalk across the street from the venue, but video posted to Reddit showed a small group of men blocking the sidewalk while shouting slurs, vulgarities and threats at people going into the fundraising event at Troy’s. One man — wearing a black t-shirt with the image of a handgun on it and a kilt with combat boots — threatened to attack one attendee, saying he would “happily” go back to jail for assaulting them.

Protesters at the Disney Drag Brunch apparently were not aware that the sold-out event was for those 21 and up only. The same group had protested near Arlington’s first Pride celebration the day before.