REVIEW: ‘The Children’ at Stage West 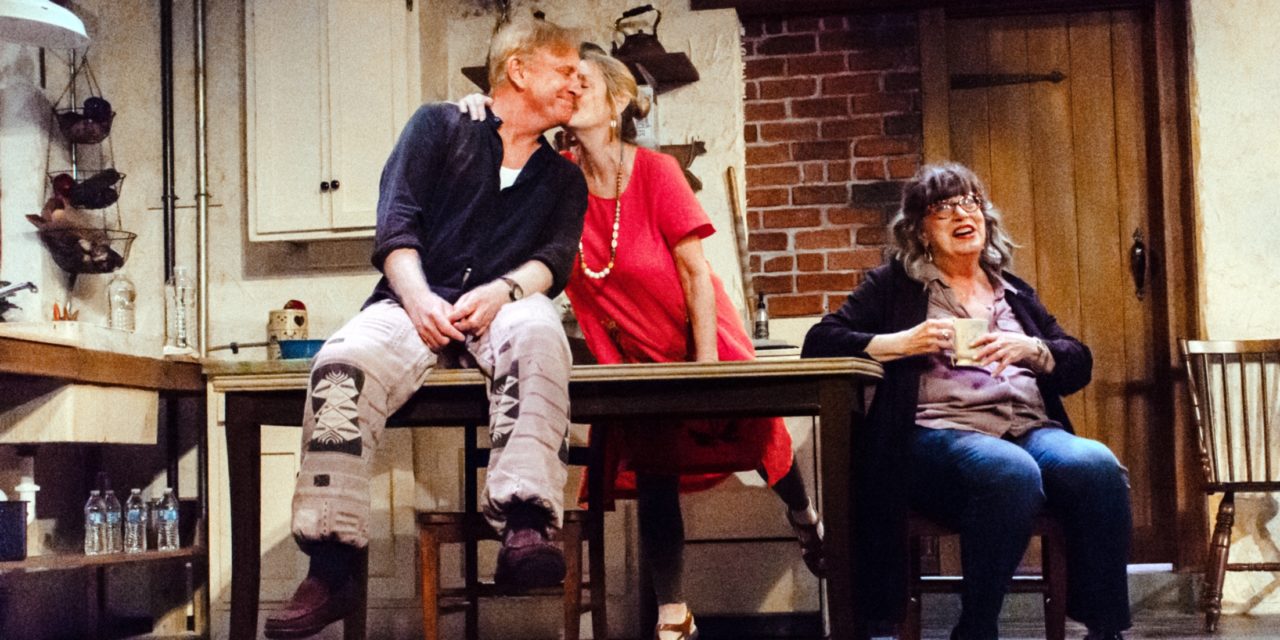 Hazel (Lisa Fairchild) and Robin (Bob Hess) are “learning to live with less” while basically sheltering in place… though it’s not a situation Robin is especially happy with. People in the outside world are getting sick, and Robin and Hazel, who are married to each other, are beginning to get on the other’s nerves, sniping while, as much as possible, avoiding talking about their adult kids.

If this sounds like your life under corona, well, that’s inevitable though certainly just a strange side effect of The Children, Lucy Kirkwood’s 2016 play which got its regional premiere via Stage West. (The show ran only one weekend before the lockdown, but the company was able to shoot a live performance with three cameras and edit together this beautiful presentation and make it available for purchase over the internet.) The outdoor danger isn’t a virus but nuclear fallout, following a partial meltdown at a nearby power plant on the coast of England. Robin and Hazel used to work there (both are retired nuclear engineers), but are holed up alone in a remote cabin, subsisting on vegetables and homemade wine.

Into this less-than-idyllic scenario steps Hazel (CJ Critt), a former colleague and fellow scientist, who has been living in the U.S. for 30-plus years. She and Robin had an affair decades earlier, but is that the reason she’s returned? What does her reappearance mean to the future of her friends?

The Children has more than a passing similarity to Albee’s Who’s Afraid of Virginia Woolf — not just the bitter confrontations and absent offspring but also to unexpected humor pivoting seamlessly into cutting and profound existentialism. It’s a layered and occasionally philosophical dive into moral responsibility, personal sacrifice and the connectivity of man. If that sounds heady, it can be, but never onerously so. In 95 minutes, this three-hander sails by, thanks to a top-notch trio of actors, tactile set design and sharp direction by Kara-Lynn Vaeni.

But it’s also amazing to see local actors ply their craft on the boards again. The digital version has a cinematic quality but works primarily as great theater, something we’ve been craving since the lockdown. There’s something different about seeing a play, even on a screen, than another episode of Tiger King or Zoomed cabaret. It scratches an itch you might not even know you had. If you love theater, you owe it to yourself to see it.

The Children is available to stream on Vimeo through 11:59 p.m. on April 29. Go to StageWest.org for the link.