Ranch Hand Rescue is working with victims of human trafficking 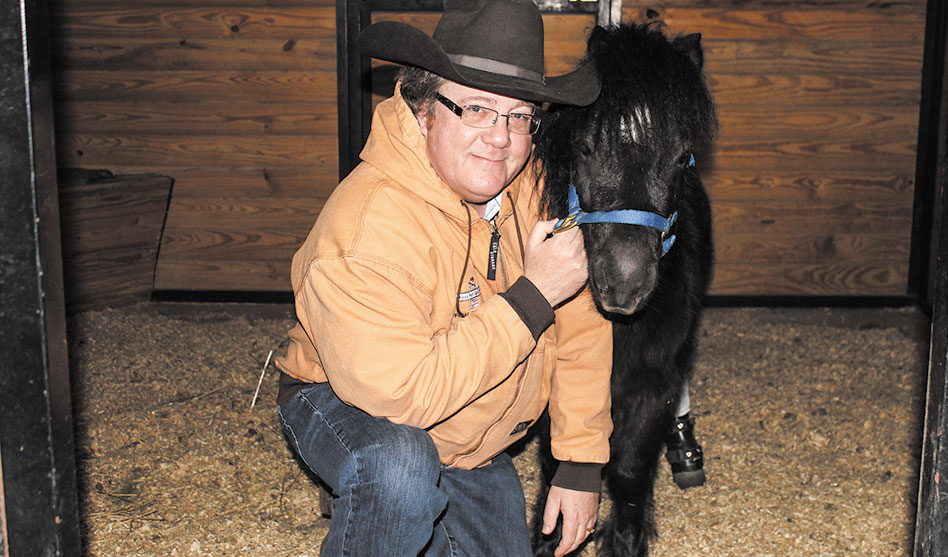 About three years ago, a judge asked Ranch Hand Rescue founder Bob Williams to serve on a task force looking into human trafficking in North Texas. The task force members “talked about girls and women,” Williams said. “I asked them if there was a problem with boys.”

He said a judge answered, saying that, according to the National Center for Missing and Exploited Children, boys being sex trafficked is “the biggest single problem today.”

That’s when it occurred to Williams that his organization was in a good position to do something about that.

But Ranch Hand Rescue isn’t just a place for animals to heal. Children dealing with amputations, grief and abuse and veterans suffering from PTSD are among those who find healing as they work with the animals. Williams said people will tell the animals things they won’t reveal to a counselor. 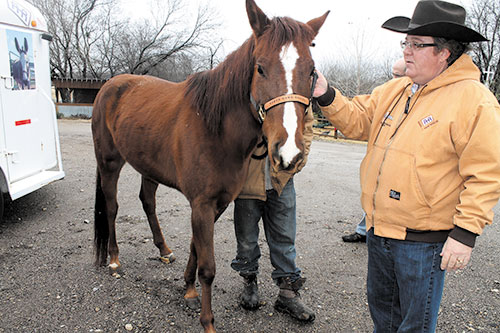 Izell Bennett is general manager of Ranch Hand Rescue. He said human trafficking is classified as slavery. Traffickers target individuals with violence and threats while controlling them with manipulation. Boys and teens, who cannot legally consent to sex, are coerced into sexual servitude.

The problem is, Williams said, how do we find these boys teens and then address their trauma? He said Denton County Sheriff Tracy Murphree conducted a string of online stings and arrested men trying to pick up young boys. The average age of the boys they were looking for was 13, and “Those boys end up with traffickers who use, exploit and sell them,” Williams said.

Landon Dickeson, a mental health counselor who works with survivors of trafficking at Ranch Hand Rescue, said there’s a difference between trafficking boys and girls. Perpetrators often find boys on gaming sites. They’ll groom them by building a relationship with the end goal of pulling them away from their families.
LGBT teens who’ve been thrown out of their houses are at extra risk.

“So many LGBT kids end up on the streets,” Dickeson said. “Traffickers will offer them money and a place to stay.”

And the boys respond by performing what Dickeson called “survival sex,” creating “trauma bonding” between the exploited child and perpetrator.

These boys and teens end up with a confused mind-set — “He hurt me but he’s also taking care of me” — until they eventually believe the trafficker is the only one taking care of them.

Victimization doesn’t always come from a third party. “It could be someone in the family,” Bennett said.
Dickeson added that the incest component happens a lot more than we realize. And in addition to family, some boys and young men are abused and later trafficked by neighbors or family friends.

He told of one patient who was assaulted by family members beginning when he was 3 and lasting until he was 10.

Then he was trafficked within and outside the family. After suicide attempts and a year-and-a-half of ups and downs in counseling, that patient finally had an epiphany: “It wasn’t my fault.”

During therapy, the young man was desperate to make a connection with Dickeson’s cat, and one day, after reaching his breakthrough, the cat finally jumped in the boy’s lap. They connected. It was amazing, Dickeson said, to see how an animal made a difference.

Dickeson called the animal piece of therapy “pure, intimate and beautiful,” a big difference from a clinical environment that trafficking victims perceive as unsafe, even compared to their previous life of self-harm, substance abuse and homelessness. He described one young man who was trafficked until the age of 20, and only in the last six months, after several years of therapy, is he beginning to even understand he was trafficked.

Williams said the myth among law enforcement is that boys who are being trafficked can get away if they want.
Bennett described the magnitude of the problem among LGBT youth:

Transgender youth are at highest risk for sexual exploitation.

Bennett said there were almost 11,000 victims of human trafficking last year in Texas, with only 64 trauma care beds for them available in the state.

With 28 partner agencies referring clients to Ranch Hand Rescue, Williams said he needs to take his work a step farther. He wants to build Bob’s House of Hope on or near one of his properties to serve as a long-term shelter for boys who’ve been trafficked.

Just as Ranch Hand Rescue takes the most severe cases of animal abuse, so does his counseling center: “Those who’ve been unsuccessful in other programs end up with us,” Dickeson said.

Williams said his shelter would give these young men a place to live while they continue their counseling, learn job skills and build a new life for themselves, safe from their traffickers.

He said they were negotiating for some property earlier in the year. “We hit some snags, and then COVID hit,” Williams said. “We need people in our community to step up and help us.”

One way or another, though, Williams is determined that he’ll build a house for young men who were victims of trafficking to set them on a road to recovery and a productive life.