From dandy to daddy 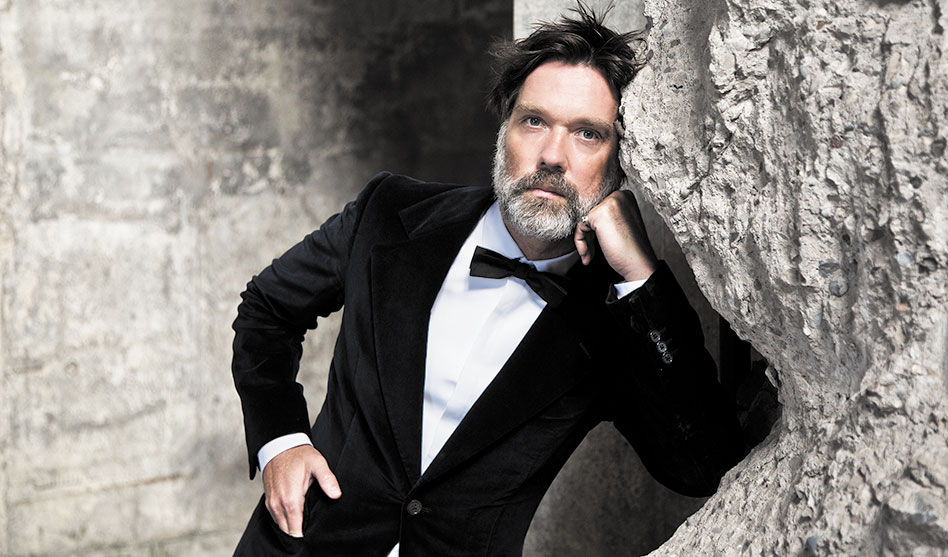 Rufus Wainwright is older, but his gifts as a singer-songwriter have never been more in evidence

When I first interviewed Rufus Wainwright back in 2004, he was at the height of his twinkdom. Only 31 then, he already had four albums under his belt in just six years yet still sported a tousled mane and clean-scrubbed freshness that accompanies early acclaim and popularity.

So when you see the cover photo on his new album, Unfollow the Rules, for the first time, be prepared: At 46, the twink is now full-on zaddy.

“I know!” he laughs. “I went from the boyish dandy to the mannish daddy.”

Yet it’s not just the scruffy, gunmetal whiskers that tumbleweed down his chin but the brush of upswept hair, the slight droop in his lips and the doleful, puppy-dog eyes (always one of his most distinctive physical features) framed with weariness. It’s the same face yet somehow different — the map of a life lived. And lived hard. 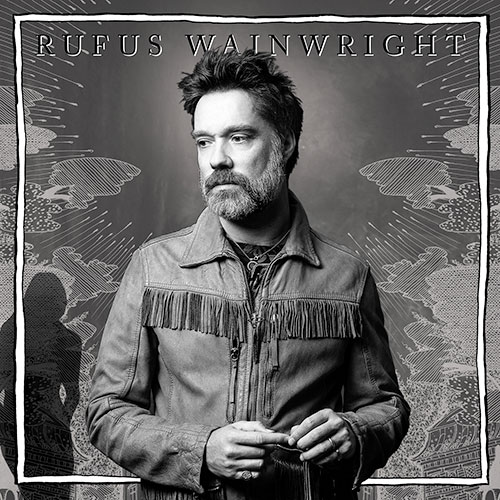 “I have to say, when I was young — and even just a bit younger than now — I never felt totally [at ease] in my skin, especially in my 20s when I was cavorting around town trying my best to seduce the universe,” Wainwright says. “There was always this inkling that I was a bit of a fraud. Now it is an easier fit. And given my fanbase, I hear [feedback] that it’s a good look for me.”

Amazingly, the voice has remained much the same over the past 20-plus years. Still a throaty tenor capable of both falsettoesque highs and the rich timbre of a baritone, it pours like a viscous cabernet over the ears, undulating with unusual melodic and lyrical structures. How do you even describe Wainwright’s style? Wainwrightian? Rufusque? It borders occasionally on Americana (though he grew up mostly in Canada; his parents are Loudon Wainwright III and the late Kate McGarrigle) then dances into cabaret. There’s a whimsy to many songs (on the new album, the Dr. John-ish “You Ain’t Big” stands out) but never they digress into novelty; while influenced by opera — he’s composed two full-length operas himself — his pop albums are nevertheless pop… or as close as Rufus can come. Call it baroque-and-roll. He’s simply unique: an instantly unforgettable voice with an arresting musicality.

“I, to this day, am flummoxed by how to define what I do,” Wainwright concedes.

He certainly fits within the image of the visionary West Coast singer-songwriter, folks like Harry Nilsson and Randy Newman who meddled in — and mastered — many genres. Unfollow the Rules exemplifies his eclectic, hard-to-categorize tastes, from the driving guitar on his ode to domesticity (“Peaceful Afternoon”) to the rootsy “You Ain’t Big.” 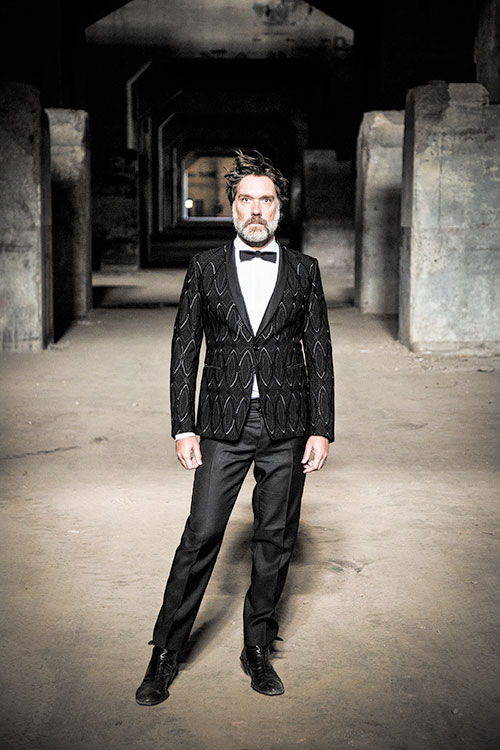 “If I was gonna put down money, I would say this song and that recording is a really important asset of my career,” he says of the latter. There is this kind of country style that is in there but not totally explored yet [on my other albums]. My grandmother was from Georgia, and I think there’s a kind of southern quality, and for better or worse, it shows I can sing that stuff.”

Unfollow the Rules is his first notable foray into that pop sound for nearly a decade. His last two studio albums — his first opera, then a song cycle set to Shakespeare’s sonnets — didn’t exactly soar up the Hot 100. Even his prior, Mark Ronson-produced collection, Out of the Game, which Wainwright insisted contained his danciest songs, exuded a classical feel with its plentiful arpeggios (it is, though, his highest-charting album). He senses a lot of opera influences on this album, too, although some of that is more about his approach than the sound.

“In preparing to do press for this album, I found myself thinking a lot about other artists, particularly male, who at my age put out some of their best work: Paul Simon did Graceland and, and John Lennon’s final album [Double Fantasy], and I would think, ‘Somehow I would like to emulate that process.’ I think the one difference though is, in a fun way, it’s not so much a departure from, but a recap of, my career. I think through triumph and failure I have developed a kind of clarity of what I’m trying to put forth, which sometimes was there and sometimes cluttered by my utter confusion. It’s an interesting concept — very operatic: You explode at the end of your life.”

Not that his life is ending any time soon. He has too much to do for that. But he does see middle age as a turning point, personally and artistically, to survey his career and focus on the essentials. “The album is called Unfollow the Rules, but it’s not about breaking the rules — I’m not an iconoclast; if anything, I’m a severe traditionalist,” he says. “But it represents turning around and examining the path you are on, and what rules to stick with and which ones to guard. It’s about looking at where you’ve been and where you’re going.”

One place he is going is in the direction of preserving the lyrical virtuosity of great songwriting, an element he feels (rightly so) lacking in most contemporary radio-ready playlists. When I point out that one of his songs, “This One’s for the Ladies,” reminded me of Bacharach, he says: “I haven’t thought about it in those terms, but it’s a true possibility, only because Burt Bacharach is, in my opinion, the greatest melodist alive. It’s his sophistication that I adore.

“I worked very hard on this record in terms of the lyrics. If I was to pick one sword to fall on, it would be lyrics. Singing is really second nature and will always exist, but lyrics have to be hammered out. With Leonard passing” — Leonard Cohen, the spiritual swami of art-pop lyricism (and biological grandfather of Wainwright’s daughter) — “I realized there are these titans among us — Burt [Bacharach], Joni [Mitchell], Bob [Dylan] — who won’t be with us forever.”

One dividend of smart lyrics is longevity, and sometimes an unexpected insight into current affairs. It took three years of writing and recording off-and-on, so Unfollow the Rules was completed long before the pandemic, yet still may resonate with listeners.

“It has nothing to do with the pandemic, but [some lyrics] strangely touch on it, or have a sensibility, like on ‘Alone Time’ or ‘Early Morning Madness’ or ‘Devils & Angels.’ It’s almost … clairvoyant. That’s not the first time that has happened to me! But I do find it … eerily comforting.”
Maybe that is what Wainwrightian means.