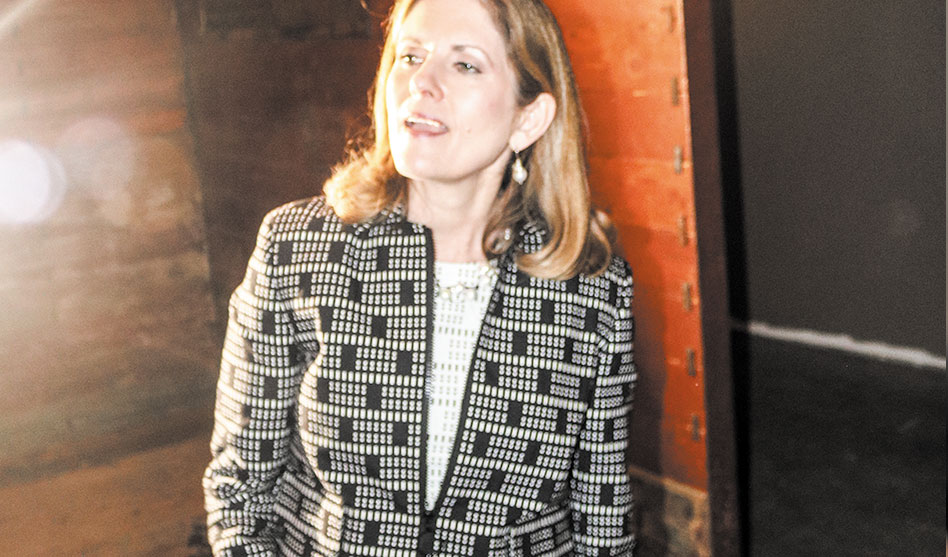 This week, the Dallas Holocaust and Human Rights Museum began a new online series of discussions on race and racism in our community. Museum director Mary Pat Higgins began the series with a discussion with Kamilah

Collins, president of Collins Collaborations, to talk about why the series was important and to define terms to establish a common knowledge base.

Higgins said Collins, who will moderate the future discussions, has consulted with the museum before.

“She worked with the museum’s exhibit designers to make sure we weren’t reinforcing bias,” Higgins explained, adding that Collins has also led workshops for the museum staff and board.

The new Holocaust museum, with its expanded mission of teaching about human rights including the struggle for LGBT equality, opened in September. Less than six months later, the museum building closed for the coronavirus lockdown, and museum officials found new ways to present the history of groups struggling to achieve equal rights.
The monthly series on racism continues in August with a discussion on Dallas’ racial history, with speakers from the Black, Latinx and Native American communities. The final two discussions will be about the present and the future.

The present will present personal testimonies of what racism looks like in Dallas today, what’s been accomplished and what needs to be done.

The series will look at “what issues are still prevalent,” Higgins said. “We’ll try to figure out how to move forward as people of different perspectives discuss their hopes for the future.”

The discussion of Dallas in the future includes strategies to combat systemic racism, including steps to take in areas of education, housing, employment, policing and incarceration. “The discussion of the future is a call to action,” Higgins said. “We’ve presented history and the pain and reality of the present. Now let’s be part of the solution.”
The speakers for upcoming discussions are still being finalized.

The old museum, located across the DART tracks from the new building in the West End, was called the Dallas Holocaust Museum for Education and Tolerance. As they began raising money for the new museum, donors, museum visitors and Holocaust survivors thought we could do better than just tolerate each other in Dallas as the former name suggested.

So while the history of the Holocaust remains the focus of the new museum, the exhibits extend beyond that. The post-Holocaust human rights movement and the continuing history of genocide are also explored. The current special exhibit, “The Fight for Civil Rights in the South,” opened just a month before everything shut down and so has been extended until January. Higgins hopes the museum can open in time for people to get to see it in person. In the meantime, a virtual tour is available on the museum website.

The next exhibit that will run February through May, 2021, is “Stonewall Rising” from the Newseum in Washington, D.C.

Higgins said she’s excited about bringing in that exhibit, but also a little nervous, hoping the building will open in plenty of time to have a full schedule of events around “Stonewall Rising.”
Until the museum reopens, “we pivoted to offering virtual programs,” Higgins said. “One silver lining, we can reach more people.”

Indeed, more than 500 people had already signed up for part one of the discussion on race and racism and more will see the discussion on the museum’s YouTube channel: DHHRM.
She said that even once the museum reopens, they plan to continue virtual programming that is reaching people all over the country and also engaging regular museum visitors more often.

Referring again to the series on racism, Higgins said she considers her museum staff experts on presenting history. But often the museum is called upon to help solve current city problems. Mayor Mike Rawlings appointed Higgins to a committee to figure out what to do with the Robert E. Lee statue that was finally removed from what’s now known as Turtle Creek Park.

But Higgins said she wants to be part of the process to change policies that need to be changed to make Dallas a more inclusive city. “We see our role as being conveners,” she said.

For Higgins that means launching from a deep understanding of history hoping to come up with ideas to lead us into a better future.

To participate live in the discussions on race and racism, visit DHHRM.org, click on programs and calendar to register. After the event, watch the recording on the DHHRM channel on YouTube.com