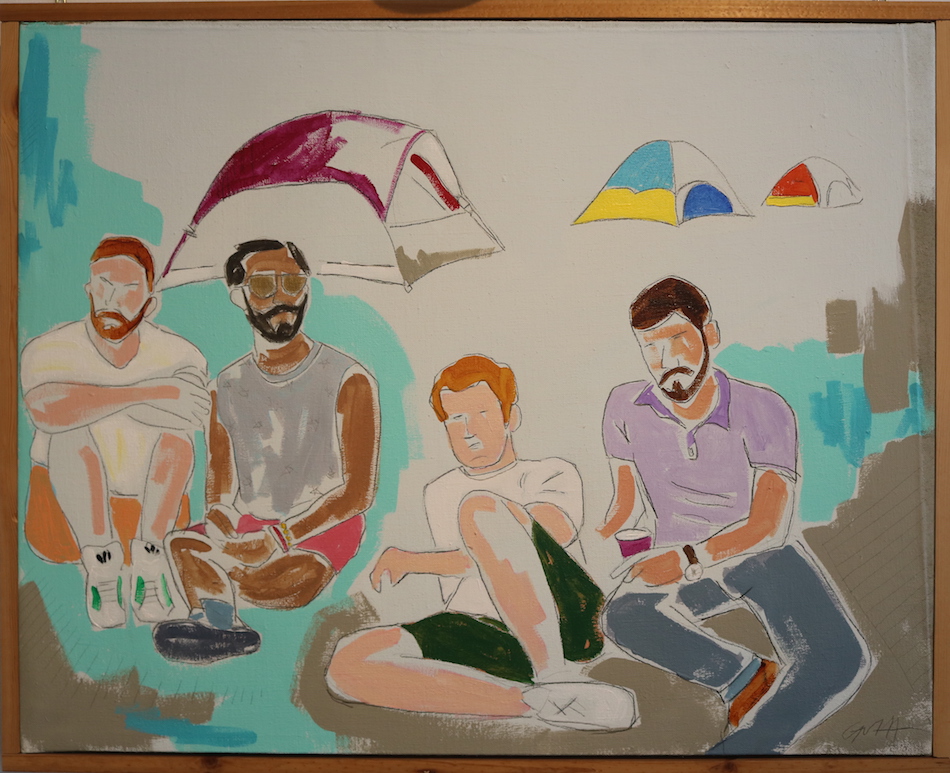 Queer artists remain on display at Maestri Gallery near Fair Park through Saturday, July 24. QMart is the current show that gallery manager Chris Huffman said has been wildly successful and he plans to repeat annually.

The 18 artists included in the show were chosen from among a large group of LGBT artists that he and co-curator Molly Sydnor have been watching. The group chosen are both local and from around the country.

Of the 18 artists represented, Andrew Sedgwick Guth was among my favorites. His Russian River painting (above) of four men at the gay resort region is sensual without being sexual.

Similarly, his collection of jocks and underwear are fun and a perfect piece of art to add to any laundry area. That may sound like an odd endorsement of a painting, but I was that attracted to these works that I not only knew I wanted one, but knew exactly were I wanted it to hang. His stylized poppers bottles are also creative and fun.

Going into the show, I wondered if it mattered if these artists were all LGBT. Guth is an example of his being gay guiding his creativity.

Here are a few other examples of work from the show. I’m sorry I didn’t get over there sooner to give readers more time to check out this show. Huffman promises more from these artists. 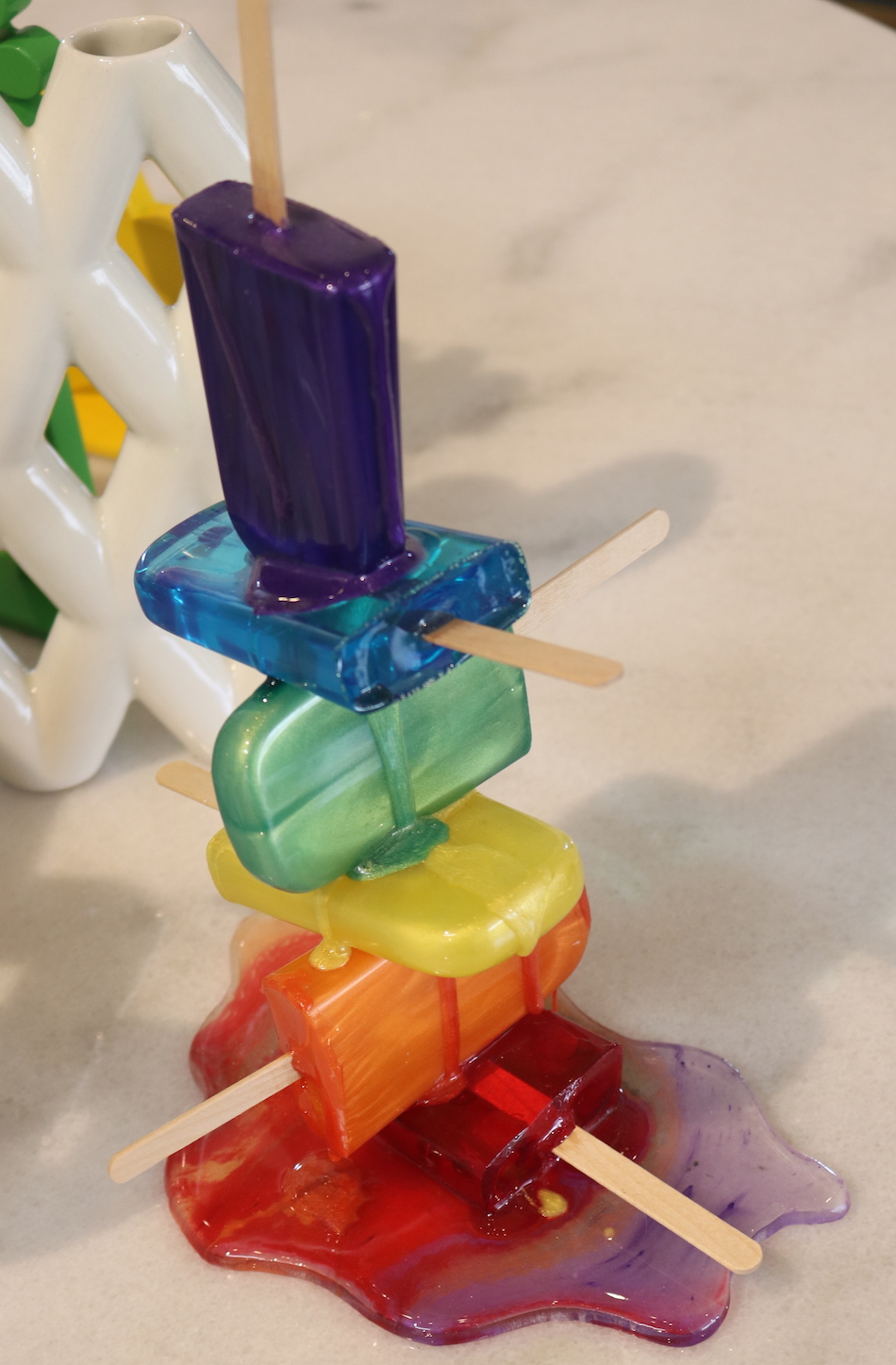 One straight artist is included in the exhibit. Betsy Enzensberger’s Rainbows and Sunshine (above) popsicles are made of resins. 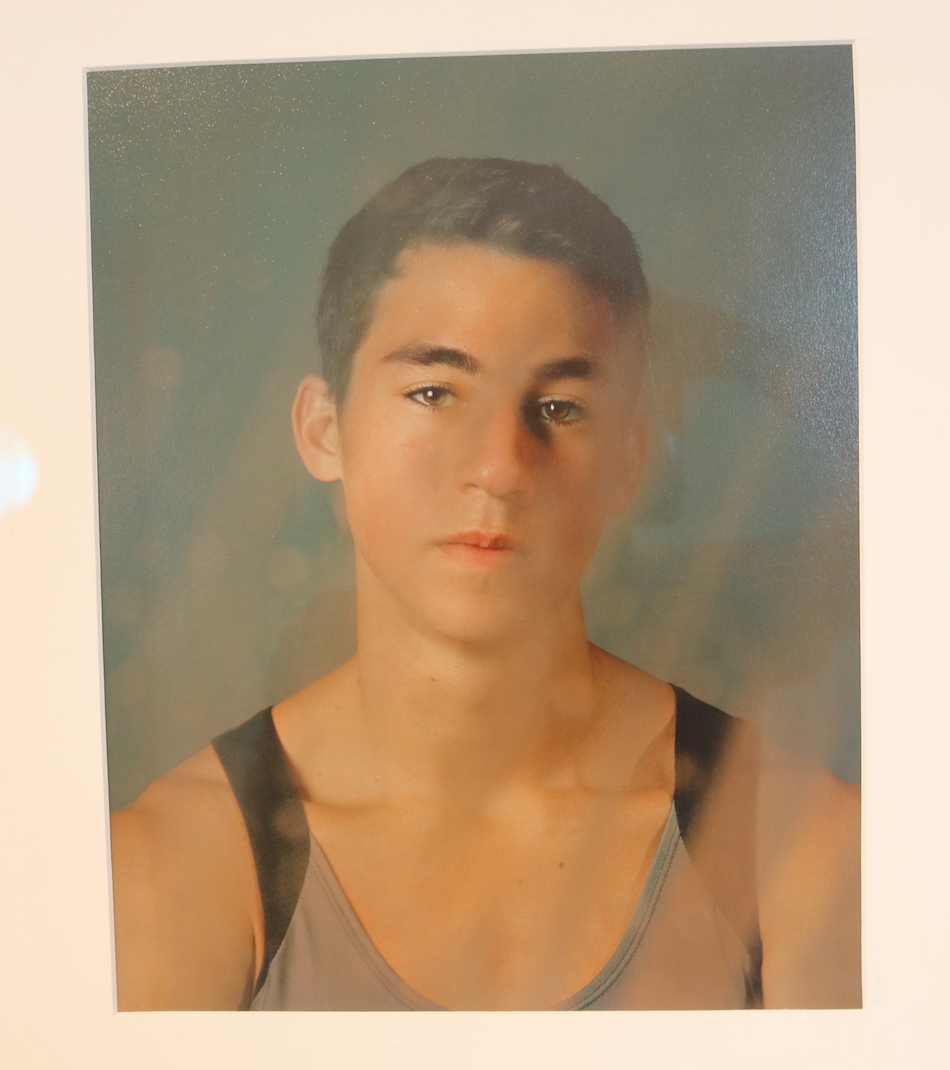 Ben McNutt’s Portrait Study of a Youth (above) is a manipulated photograph but looks at times like chalk and from other angles like an oil painting. 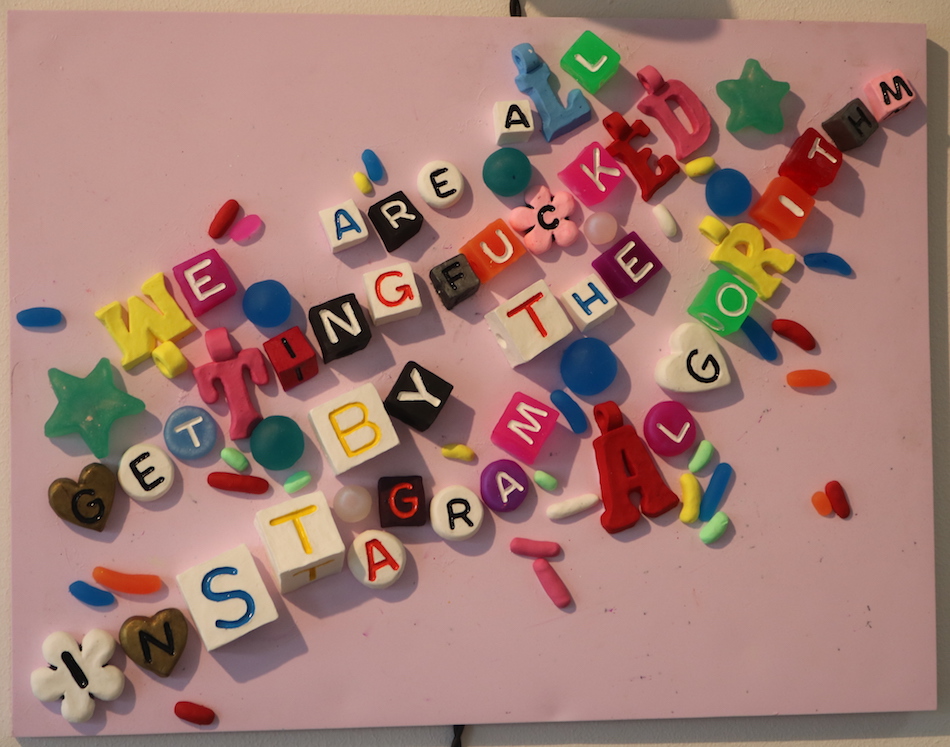 Elise Drake’s 1G Algorithm #1 (above) may be the most controversial piece in the show but after reading it, you kind of have to agree with her sentiment.