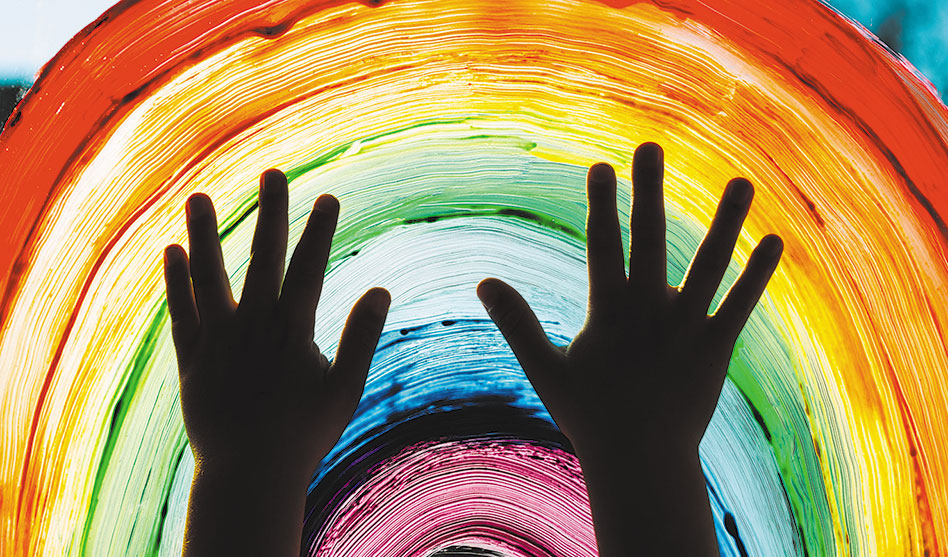 Once again, Texas Republicans are trying to scapegoat the LGBTQ community with made-up trash to deflect from their own failures

It has become obvious over the last, oh, six years or so that Texas Republicans have become masters of misdirection. Let’s look at the Texas GOP track record, shall we:

In 2016, when he got called out for accepting a $35,000 donation from Donald Trump AFTER dropping a fraud investigation into Trump University, Gov. Greg Abbott deflected attention away from that by attacking trans women and ranting about men in the women’s restrooms.

At the end of 2020, when news broke that Attorney General Ken Paxton’s own most trusted aides had reported him to the Department of Justice for abusing the power of his office, Paxton used state of Texas resources to file a lawsuit directly with the U.S. Supreme Court, trying to overturn lawful elections in other states and steal the presidential election for Trump.

Then last year, in 2021, when Abbott found himself under fire after the Texas power grid failed during the worst winter storm in decades, killing nearly 6,500 Texans, he led the charge against “voter fraud” and forced changes to state law to make it harder for (non-rich-white-Republican) Texans to vote.

Two weeks, nearly to the day, after the massacre at Robb Elementary School in Uvalde, Slayton this week told us all that the REAL danger to children isn’t guns. The REAL danger to children is drag queens. And he plans to bravely stand in the gap and protect those innocent babes by introducing legislation in the next session of the Texas Legislature to ban all children from any drag show in Texas.

It all started, it appears, on Saturday, June 4, when the Oak Lawn club Mr. Misster hosted — before the bar opened to the public — a family-friendly drag show. Some right-winger obviously heard the dreadful news and rounded up a gaggle of asses to rush down to the gayborhood, on the first day of Dallas Pride weekend, to protest this travesty. They gathered on the sidewalk outside the bar and protected the kids by waving religious flags, praying the rosary and shouting vulgarities at the adults — and children — arriving for the event.

Dallas police came and made the crazies … uh, I mean … the crusaders move across Reagan Street to the sidewalk in front of the Oak Lawn fire station. Apparently, though, they compensated by praying and yelling louder.

Police did go inside the bar to check things out when a right-wingnut demanded they perform a welfare check. The officers found the children to be in no danger — except maybe from the protesters, since officers escorted the attendees out of the club when they got ready to leave, staying between them and the shouting army of the righteous.

(Note: One right-wing media source said officers had made the children leave the event, claiming victory for the protesters. Dallas police told me specifically that was not true.)

Apparently that horrendous event was what made Rep. Slaton realize he had to act. He issued a press release announcing his intentions to file a bill, declaring, “The events of this past weekend were horrifying … .”

Horrifying, I tell you! Why, some poor child might have seen a queen with a run in her hose or — horror of horrors! — smudged make-up! And what if one of the queens forgot the words to the song she was lip-syncing to? How will those poor, innocent children ever recover?!

I mean, being caught in a mass shooting in your fourth-grade class surely pales in comparison to seeing a drag show, yes? Seeing your friends and teachers get shredded to the point of decapitation by 5.56-caliber rounds fired from a semi-automatic assault-style rifle and having to smear your dead friend’s blood on your own face to trick the shooter into thinking you are dead too could not possibly compare to the trauma-inducing terror of watching a drag queen lip-sync a Lady Gaga song (or maybe that song from Frozen?).

WTF ever. According to the Gun Violence Archive, there have been 240 mass shootings in the U.S. so far this year; 33 of those have happened since the May 24 massacre in Uvalde.

There have been at least 27 shooting incidents at U.S. schools since Jan. 1, according to Education Week, which is keeping a running tally on its website at EdWeek.org.

But yeah, drag shows are the real threat.

Hey Bryan Slaton: We see you. We know what you are doing. And we are not going to let you get away with your hypocritical deflection tactics this time.

As drag queen extraordinaire Jada Essence Hall would say, “Look over there!” Only when you do it, Slaton, it ain’t funny.