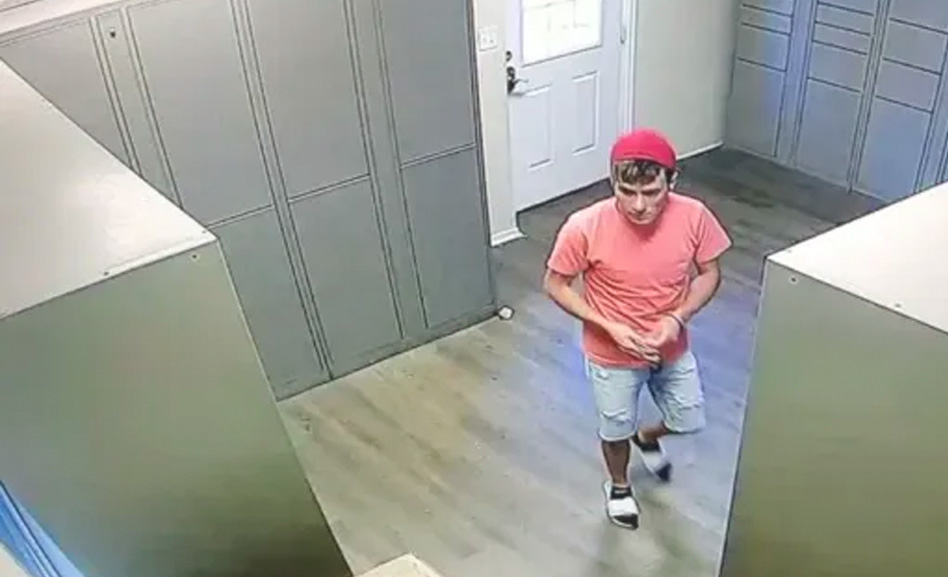 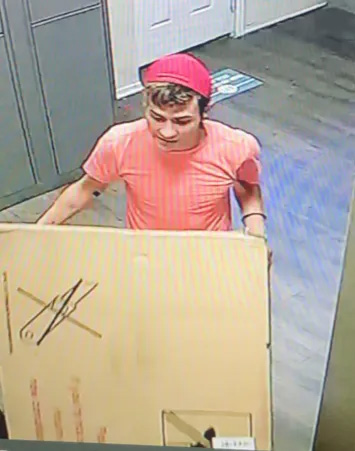 Dallas police are asking for the public’s help in identifying the man — seen in the photos above and at left — who stole a package from the package room at the apartment complex at 4606 Cedar Springs Road, just north of the Dallas North Tollway.

The suspect, a white male in his late teens to early 20s with brown hair, was caught on surveillance video as he entered the package room and took “a large package that did not belong to him,” according to police reports.

Police said it is unknown whether the suspect lives at the apartment complex.