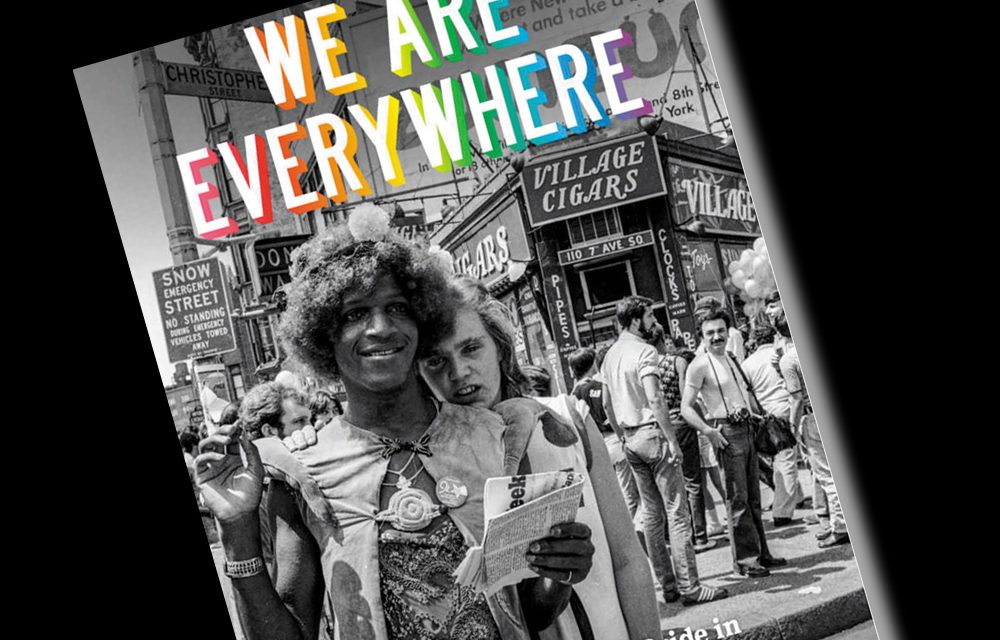 Matthew Riemer, co-author of photo book on queer history, to speak at fundraiser

Matthew Riemer describes Leighton Brown as his “homosexual life partner.” While that phrase may seem old-fashioned to some, Reimer says he likes it because, first of all, it is an accurate description of their relationship, but even moreso because “it always makes the straight people uncomfortable.”

Riemer and Brown are the authors of the new book We Are Everywhere: Protest, Power and Pride in the History of Queer Liberation, and Riemer said recently that being precise about the nature of his “partnership” with Brown is important to him because both men are lawyers, and in the land of lawyers, “partner” has a completely different meaning.

Riemer will be in town this weekend as guest speaker at “Brunchin’ in N’awlins,” a fundraiser for Dallas Hope Charities. In a recent interview, Riemer explained how two lawyers ended up authoring a “coffee table book” on LGBT history.

Despite their long-term relationship, Riemer said he and Brown had remain closeted until just a few years ago. By chance, he said they ended up, in 2015, attending the unveiling ceremony for the headstone of the late Frank Kameny, who had been an out, proud and loud LGBT rights activists from the 1960s until his death in 2011. It was then, Riemer said, he and his partner realized how little they knew about LGBT history.

“It was a very isolating feeling, especially as history majors, to realize we didn’t know anything about our own people,” he added.

So they decided to remedy that gap in their knowledge and in doing so created an Instagram account focusing on images of LGBT people and events. They called it @lgbt_history, and it became a near-instant hit. And with each photo they posted, they included captions that explained and identified as much as possible who was in the photos and what was happening. They found, Riemer said, that “people were drawn in by the photos, but would stay for the captions.”

Bolstered by their Instagram success, Riemer and Brown decided to create a book on queer history. What they found, he said, was that “there are amazing books photos, and there are some amazing queer history books. What we needed to do was put the two together.”

Riemer eventually left the law firm he worked for and made the book and the Instagram account his full-time job as they worked to gather photos. And while the PR folks are promoting it as a coffee-table book, it is, Riemer said, much more. “Yes, it stands on its own as a photography book, but it can also stand on its own as a textually-based history book,” he said.

As they started gathering photos and looking through them, Riemer said, they would suddenly realize, “’Oh my god! That’s Vito Russo! That’s Phil Johnson!’ This is a history book, but there are connections here that really only be made when you experience it visually.”

He added that he and Brown “did everything we could to avoid photo farms like Getty and [the Associated Press],” because while those sources certainly offer photos of queer history, they really can provide only a one-sided view.”

Who wants to see that?’ But young people today need to see those images, too. They need to see queer people just living, existing, figuring it all out.

“That roots us. It grounds us. That’s what we need,” Riemer said. “We have a lot left to do, but I feel like we are showing folks that they are not alone in the great space and time continuum. We want them to see that queer people have always been there, that we have every right to be here, and here’s how we’ve done it all along.”

Brunchin’ in N’awlins begins at 10:30 a.m. Saturday, Sept. 14, at 2616 Commerce Street in Dallas. Matthew Riemer will be guest speaker. Food by Chef Blythe Beck of Pink Magnolia and entertainment by Bree and the Fellas. General admission tickets start at $75, and VIP tickets start at $125. Visit DallasHopeCharities.org/events.