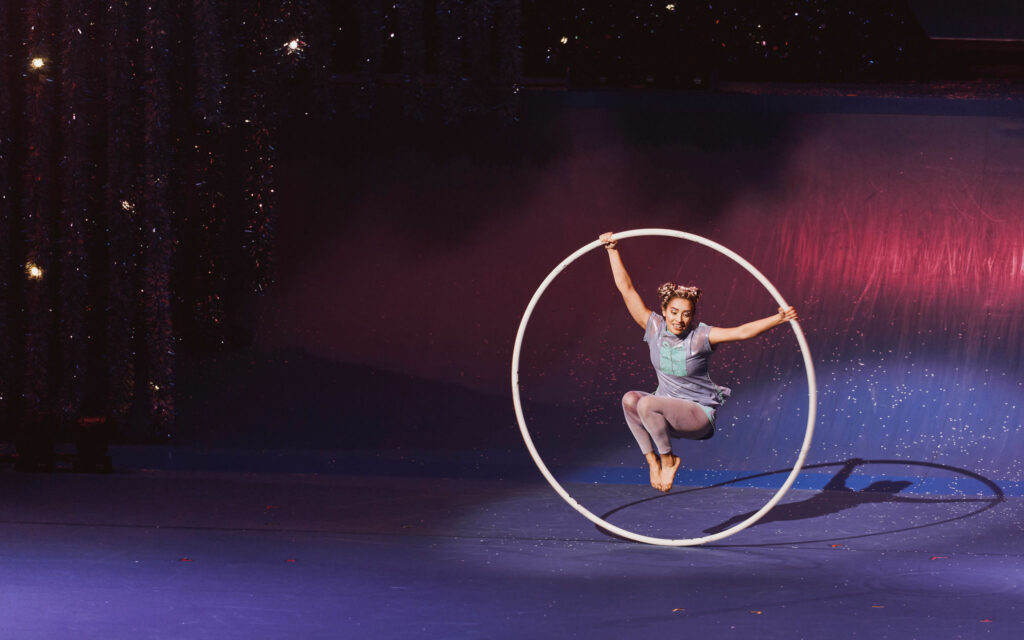 Andrea Martinez Aguilar brings a bit of queer to the big top – only at Texas Trust CU Theater. The circus performer is front and center in Cirque du Soleil’s new holiday show ‘Twas the Night Before… which opened last Friday. Born in Mexico City, the 23 year-old Cyr Wheel performer is now representing the community amid her own circus community.

“It’s been a great experience but I had to jump in at the last minute so it was a challenge to integrate into it, but a fun one,” she said by phone days before the North Texas opening.

‘Twas the Night Before… is Cirque’s first Christmas show, based on the Clement Clarke Moore poem “A Visit from St Nicholas.” Lines from the poem were the basis for the story about a jaded young girl who rediscovers the magic of Christmas. 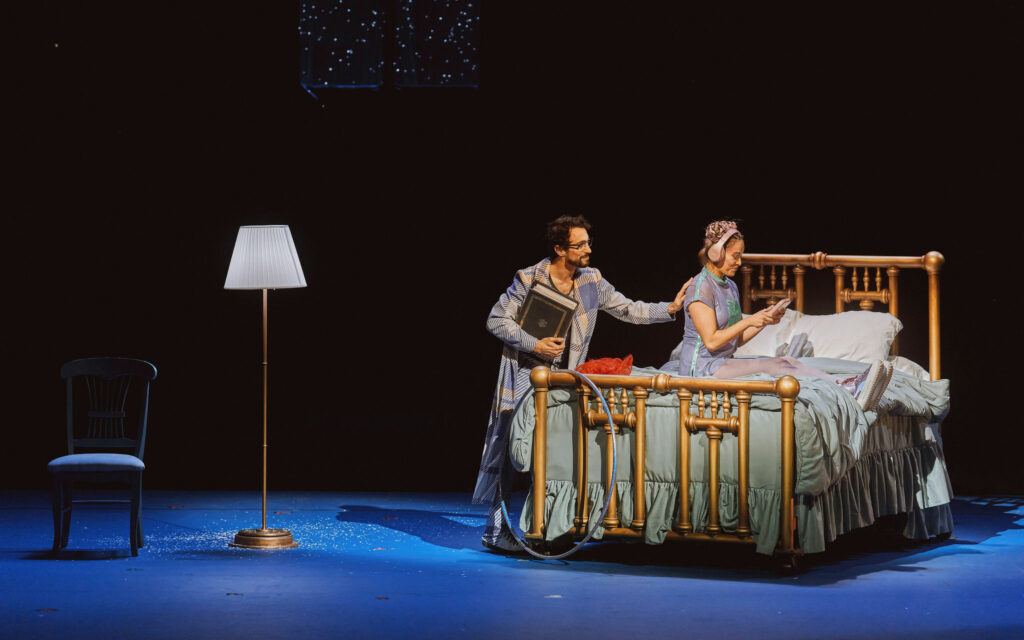 “Isabella is a girl becoming a teenager. She doesn’t have the best relationship with her dad and she’s too cool for Christmas,” Aguilar said. “

Isabella is soon surrounded by acrobatics, artists, a variety of characters and Cirque’s Christmas soundtrack as she finds her way back to her holiday spirit.

Although no stranger to the circus world, this marks Aguilar’s first show with Cirque – a company that inspired her as a girl.

“Most of us were inspired by Cirque when we were younger. I was inspired by their show Corteo. This first contract means so much to me,” she said.

But she not only plays Isabella, Aguilar gets to play as well –  she performs her own circus skills on stage in the show as well.

“I get to play this character and also do my Cyr Wheel discipline. To merge that has been fun. What I create is very different to the character I’m playing,” she said.

A big appeal to her now is the circus community that she lives in. For her, she thrives on the company of her like-minded performers and keeps motivation for her craft and performances because of them.

“We all have a space and we all share and that’s how things work. Plus, the constant play everytime we are onstage, I want that sense of joy for the rest of my life,” she said. “We all have different backgrounds and those different ingredients really have a magical aspect.”

Not only is the circus community central in her life, but her queer community and identity is as well. Aguilar identifies as pansexual and thus brings unique representation to the circus.

Growing up in her Mexican culture and very Catholic, she said it wasn’t easy to explore that aspect of herself. In Cirque, it’s entirely different.

“I feel seen and supported. I’m thankful to be in the arts field because there is much more freedom in having your own identity,” she said. “And I feel it’s important in my life to integrate all parts of my identity.” 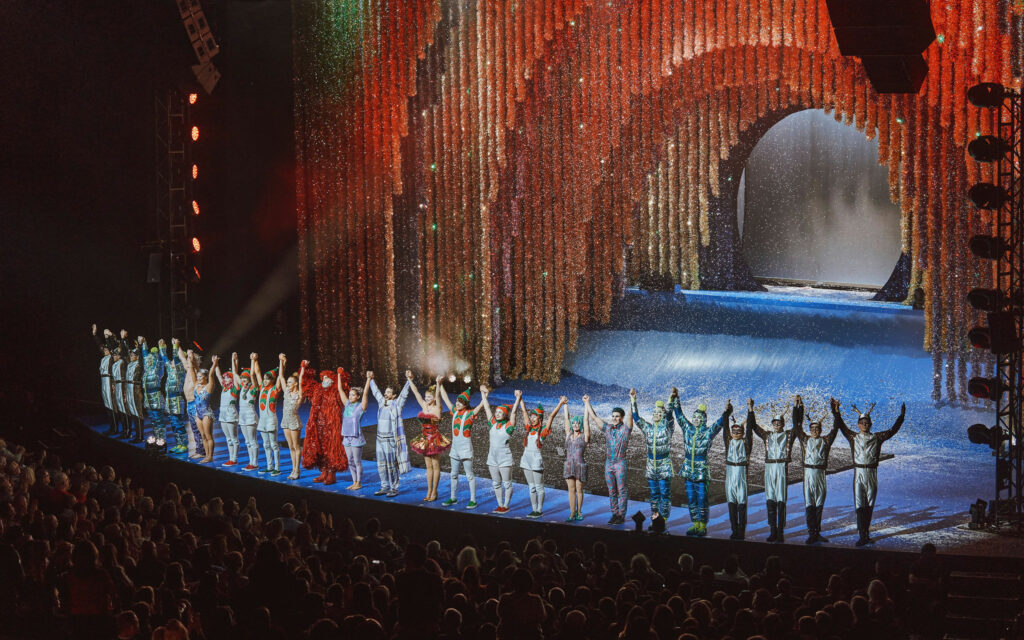