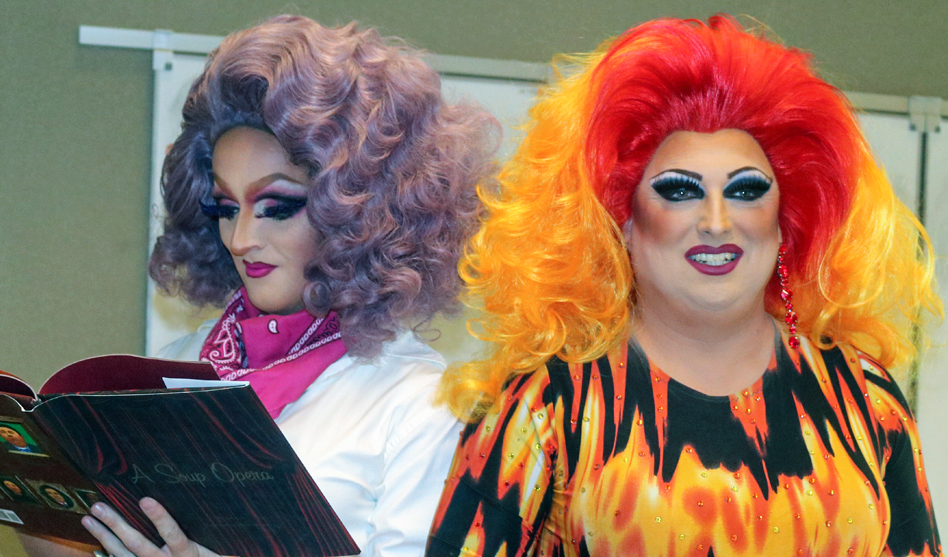 UPDATED on Monday, July 15, to reflect protesters began protesting each other.

More than 50 parents brought children to Drag Queen story time at Grauwyler Park Branch Library on Saturday, July 13. Kids growled like dinosaurs and purred like kittens and sang a song Jenna Skyy made up with little notice as they participated in an hour of storytelling.

Protesters stayed on the sidewalk away from the children. Their chanting wasn’t heard in the building.

Cassie Nova, dressed as a princess in pink and orange hair and purple-haired cowgirl Jenna had the crowd cheering. “My little cousin dressed me,” Cassie told the children. “So I’m wearing A LOT!”

Jenna browsed through the books she’d be reading just a few minutes before the event began. For the book Soup Opera, she said her music degree meant she could sing her way through the story. She sang the book’s refrain — “I can’t eat the soup” — just a couple of times before the children picked it up, and by the end of the book, they were standing and singing while the parents were cheering and applauding.

Cassie followed that with a quieter book, “My Cat Jack.” She had the kids yawning like a cat, scratching, stretching and more.

The protesters haven’t had much luck with the weather. For their first appearance in Dallas, they looked at last year’s schedule and location and were protesting outside the downtown library when the wind storm that caused so many trees to collapse blew through. This time, the group, which is from Louisiana, was hit by a hurricane at home.

Jo Guidice, director of the Dallas library system, said her office received more than 700 calls, 250 emails and an uncounted number of complaints on social media. She said that didn’t count the number of calls the branch library got. She said she even heard from the heard of the McKinney Public Library that he had gotten a call of complaint at his office, even though this was a one-time event this year and only happened in Dallas.

Guidice also mentioned that if parents didn’t want to take their children to see Jenna and Cassie, there were 17 other reading programs going on throughout the library system that afternoon including something on every floor of the main library downtown.

Coincidentally, the director of McKinney’s library went to school with Jenna. 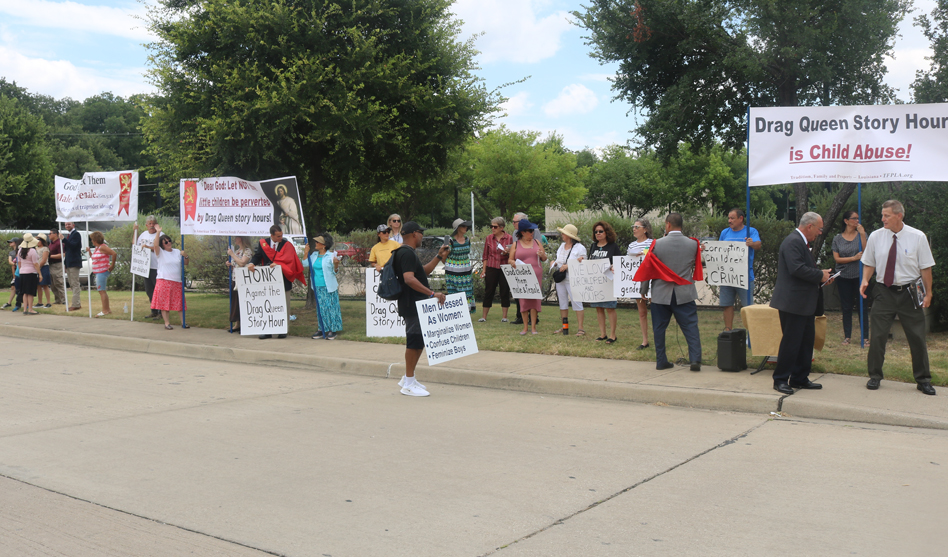 Protesters stayed outside and did not disrupt the story hour. (David Taffet/Dallas Voice)