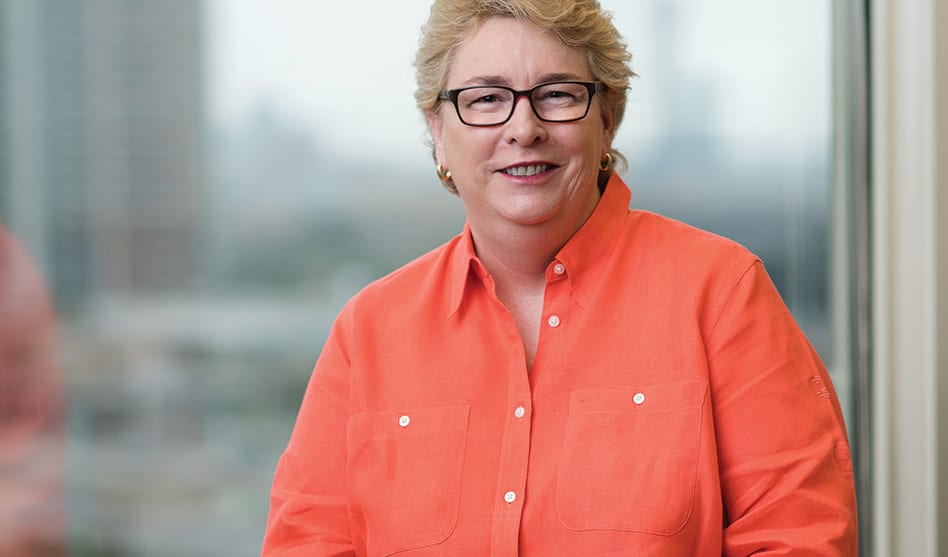 What used to be a conservative, male-dominated field is opening up

Wendy Lopez grew up in a tiny little town in South Louisiana, the youngest of the six kids in her family. When she reached her senior year in high school, one of her favorite teachers asked if she planned to go to college.

“I told her yes, I was thinking about it, and then she asked me, ‘If you go, what would you study?’ The only real role model I had then was her, so I said,

“That short little conversation changed the whole trajectory of my life.”

Lopez followed her teacher’s advice, becoming the first in her family to go to college. She attended what was then known as University of Southwestern Louisiana (now the University of Louisiana at Lafayette) and studied engineering — one of only three female students in the USL School of Engineering at the time. Before she left the school, she had earned both her bachelor’s degree and her master’s degree in engineering.

After she graduated, Lopez got a job as a design engineer with a company there in Lafayette. She eventually moved to Texas and got her first job as a project director, and in 1988 at the age of 29, she started her own company.

“I look back now and think about the fact that I started my own company when I was 29, and I think, I must have lost my damn mind! What was I thinking?” Lopez laughed.

But hindsight is 20-20, and it’s easy to see today that she made the right decision: 20 years after she started the company (Wendy Lopez and Associates at first, then later LopezGarcia), with 225 employees and jobs in “all the major cities in Texas,” Lopez sold the company to URS Corporation, which at the time was the largest engineering firm in the United States. Then six years after that, AECOM — an American multinational firm with about 87,000 employees worldwide and listed at number 164 on the 2018 Fortune 500 — bought out URS.

Lopez is the senior vice president and transportation business line leader AECOM, which means that she “runs the transportation business for the central region — from Arizona to Alabama, and from Mexico and the Gulf of Mexico up to Canada, 22 states dab in the middle of the U.S.”
Lopez said that when she sold her company to URS, she stayed on. Then when URS sold to AECOM, “I had a two-year agreement to stay around [and help with the transition]. Now it’s been 10 years.”

Her job with the company, she said, “is on the design side — design and planning,” and it includes designers, planners and scientists who design highways, bridges, airports, transit facilities such as the DART light rail and bus services, and aviation facilities.

“Some of my staff were involved in the downtown Dallas horseshoe project, where they just redid the connection between I-30 and I-35E,” she explained. “That’s all been under construction for a while now. It was a big design/build job. It was led by a contractor, but we helped, too.”

Lopez and her staff also handle the program management at DFW International Airport, which includes designing and building airfield projects, runways, taxiways and even the international parkway providing access to the airport from both the north and the south sides.

Thankfully, though, that seems to be changing throughout the STEM — science, technology, engineering and mathematics — fields, she said.

“Engineering is still very much a male-dominated field. But it is getting better,” Lopez said. “When I was in college almost 40 years ago, there were three of us women in the whole engineering school. I was recently invited back to the university to be inducted into their Wall of Honor for engineering, and during the ceremony, they thanked the students who were very involved in planning the Wall of Honor ceremony, naming them and asking them to stand.

I couldn’t help but acknowledge the fact that so many young female students were responsible for that day. It was a good moment, a very good moment for me as a female engineer.”

The field is also changing for LGBT engineers, too.

“Most engineering companies are actually small businesses, and very, very conservative. In the two jobs I had before starting my own company, I think some of the people knew I was gay, but I certainly wasn’t out at work. Nobody talked about it,” Lopez.

When she owned her own company, Lopez said, she was less concerned about who knew she was a lesbian. “I was certainly out then, though maybe not waving rainbow flags all over the place” since she still had to work in a conservative atmosphere” she said. “But then we sold to URS. URS was headquartered in San Francisco, and you’d think it be a much more liberal company. It wasn’t. Going to URS was almost like going back in the closet.”

Then came AECOM and a whole new world.

“It’s one thing to talk about support for your employees, but at AECOM we really do celebrate diversity. We encourage inclusion. All [Pride] month long, we are having people coming to talk about different things. We have little luncheons. Most of the time it seems like there are more allies in the room than LGBT people, but that’s ok, too.

“For example, we had a couple from PFLAG come in to talk about supporting your children and family members [who are LGBTQ], about finding resources and so on. That’s good for employees who have [LGBTQ] children and other family members and friends,” she continued. “Last week a woman named Portia from Silver Pride came in to talk to us, and today we have a drag queen coming in.”

Considering that URS was headquartered in San Francisco, one of the gayest cities in the world, and AECOM’s headquarters are in Los Angeles, Lopez said, “you’d think that URS is probably more progressive. But it wasn’t at all. When the Supreme Court handed down the marriage equality ruling [on July 26, 2015], our [AECOM] CEO immediately sent out [an internal social media post] congratulating all the LGBTQ employees on finally being able to live a full life and be legally married if they wanted. Sure, there are still some very conservative people in the company, and he got some blow-back for it. But that didn’t make him change his mind or pull the post down.

“I never thought I would see the day that would happen,” Lopez added. “I was so very proud of our company.”

When Lopez was just starting her career, “Being a woman in the engineering field took a lot of guts,” she said. “To further come out as a lesbian — well, it took me a long time to get there. I didn’t come out until I owned my own company and it was pretty safe.

“But when I think about where I have been in my career, and then I look at the young people today, it gives me hope,” she continued. “Young people today just don’t see the differences in people the way we did when I was young. They say, ‘Meet my friend,’ not ‘my gay friend’ or ‘my black friend’ or ‘my Muslim friend’ or any of that. It’s just ‘my friend.’ They just don’t have a lot of the hang-ups the generation before [mine] did, or even that [my] generation has.”

Lopez described participating recently in the OSTEM — Out in STEM — conference, where young LGBTQ engineering students getting ready to start their careers went to participate in workshops and symposiums. The event also included a job fair.

“Kids would come by the booths looking for jobs, and you could talk to them about your company and why they should apply there. This one young man came by our booth when I was there — tall, thin, good-looking. He was telling he wanted to be a design engineer and build bridges, and I was telling him that was my department at AECOM, and he should definitely apply with us.

“Then, I looked down at his feet, and he was wearing a pair of pumps,” she laughed. “he just laughed and said, ‘I forgot my boy shoes at home!’

“Things like that make me hopeful. I am hopeful things are steadily improving,” Lopez concluded. “When you look at what’s happening right now on the national and international stage, it can really bring you down. But when I look to the future, I have hope.”