No rainbows in Ranger land 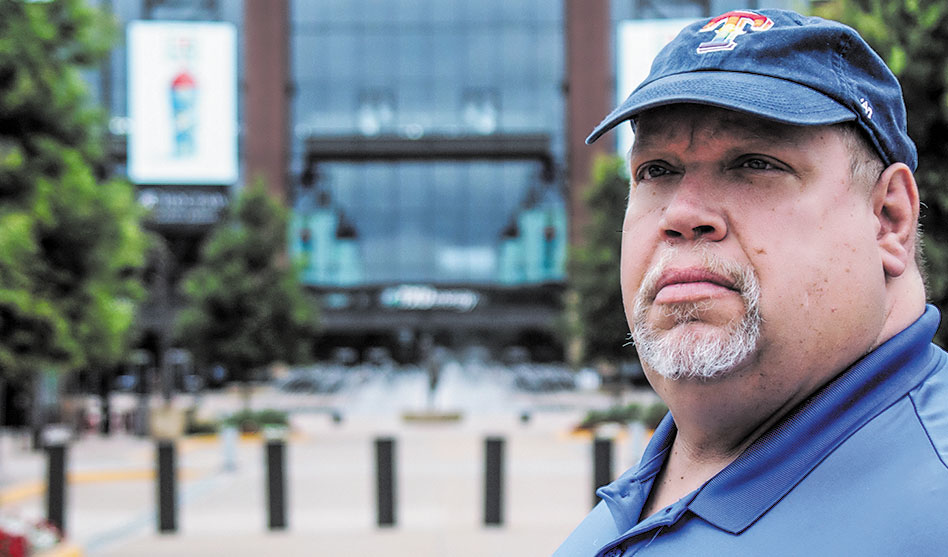 Irony will be at play when the Texas Rangers face off against the Houston Astros in the Space City team’s first annual Pride Night, dubbed “Baseball is for Everyone,” at Minute Maid Park in Houston on June 16.

The Rangers and the Astros entered this season as the last two holdouts among Major League Baseball’s 30 teams when it came to sponsoring Pride celebrations. Whether they win or lose against Houston, the Rangers will be the only team left not participating in Pride at game’s end. And to date there is no indication when, if ever, there will be such a celebration at Globe Life Field.

That is a question now on everyone’s mind.

The Rangers responded to Dallas Voice’s inquiries with a statement, issued by Executive Vice President of Communications John Blake, saying the team welcomes and respects everyone. But the statement did not mention Pride.

“Our commitment is to make everyone feel welcome and included in Rangers baseball,” Blake said in the statement.

“That means in our ballpark, at every game and in all we do — for both our fans and our employees. We deliver on that promise across our many programs to have a positive impact across our entire community.”

The situation is frustrating, says Rafael McDonnell, communications and advocacy manager for Resource Center in Dallas. He started lobbying the Rangers to become more inclusive in the area of LGBTQ matters in the spring of 2019 as part of a broader initiative directed at all professional sports teams in the Dallas-Fort Worth area. Representatives of the Rangers met at the Resource Center to learn about LGBTQ issues and to consult about what needed to be done. And the team responded favorably by adding sexual orientation and gender identity protections to employment policies and developing education programs aimed at curbing LGBTQ discrimination and harassment both internally and externally, McDonnell noted.

McDonnell also enlisted the help of Billy Bean, an openly gay retired professional baseball player who is now vice president and special assistant to MLB Commissioner Robert D. Manfred Jr. Bean lobbied the Rangers on LGBTQ issues, and the Rangers sought his help in the training of seasonal employees.

The Rangers stepped up to the plate on all points — with the exception of celebrating Pride during a home game, McDonnell noted. But the dialogue about Pride celebrations continues, according to both McDonnell and Blake.

“They’ve never indicated one way or the other,” McDonnell said. “A lot of groundwork has been laid, but we’re stranded on third base, wanting to make it home.”

The Chicago Cubs started the Pride tradition among MLB clubs in 2001, and their event is now called Out at Wrigley Field. Other teams followed Chicago’s lead and began adopting the practice. The LGBTQ sports publication Outsports reported in 2019 that only the Rangers and the Astros lagged behind.

Houston’s LGBT Chamber of Commerce started lobbying the Astros, and the team announced it would host a Pride celebration in 2020. The game was cancelled because of pandemic restrictions, so the first annual celebration will be this month.

Only two MLB players are known to have been openly gay: Glenn Lawrence Burke and Billy Bean.

Burke, who played for the Los Angeles Dodgers and the Oakland Athletics from 1976 to 1979, came out as gay to his team’s owners and teammates while he was still playing. Burke is credited with inventing the “high-five” tradition after he ran on the field to congratulate a player for hitting a home run. He came out publicly by saying, “They can’t ever say now that a gay man can’t play in the majors, because I’m a gay man and I made it.”

The Pride Project analyzed social media responses to MLB’s Pride events nationwide in 2020 after the Outsports story was published. MLB’s Pride celebrations range from large productions to simple discounts on game tickets. The analysis showed that Pride events draw large numbers of LGBTQ fans to the games, including many who otherwise might not feel comfortable attending professional sporting events.

The bottom line is that teams benefit financially from the additional ticket sales, and the positive optics of helping to normalize a marginalized group may also help active team members become more comfortable coming out.

How professional sports teams approach Pride celebrations is of more critical importance than whether the event is staged or not, said Lisa Howe, vice president of memberships and programs for North Texas LGBT Chamber of Commerce, which has helped professional sports teams in the DFW area plan Pride celebrations. She noted that a “hush-hush strategy to sell lots of tickets to the gay people and hope no one beats them up in the parking lot” will backfire on the team.

“One good way to frustrate a lot of people is to sell a lot of tickets, and there are no rainbows and nothing on the jumbotron making announcements through the night,” Howe adds. “They need to anticipate pushback and be ready to say they are not afraid to put their brand on that to support other communities. They need to be the one doing the pushing and the marketing. That’s good when they take ownership of it.”

McDonnell pointed out that the news of the Rangers being the lone holdout on Pride among MLB teams has not fared well for the team in the sports world at large and among LGBTQ sports fans.

“Supporters of a Pride Night have really taken the team to task on social media,” he said. “It’s out there in the community that there is a demand for that. I’m wondering if they didn’t read the room right. Maybe they didn’t anticipate there would be so much frustration.”

But there is room for optimism that the Rangers will come around, McDonnell added. Other sports teams, including the Dallas Mavericks, Dallas Stars, Dallas FC and Dallas Wings, host Pride celebrations. All of Dallas’ professional sports teams, including basketball, baseball, football, soccer and hockey carry language in their employment policies addressing LGBTQ people, and Dallas appears to be the only major market that can boast that, McDonnell said.

“I’m hoping it will give [the Rangers] pause to reconsider,” he said. “That’s ultimately my hope.”