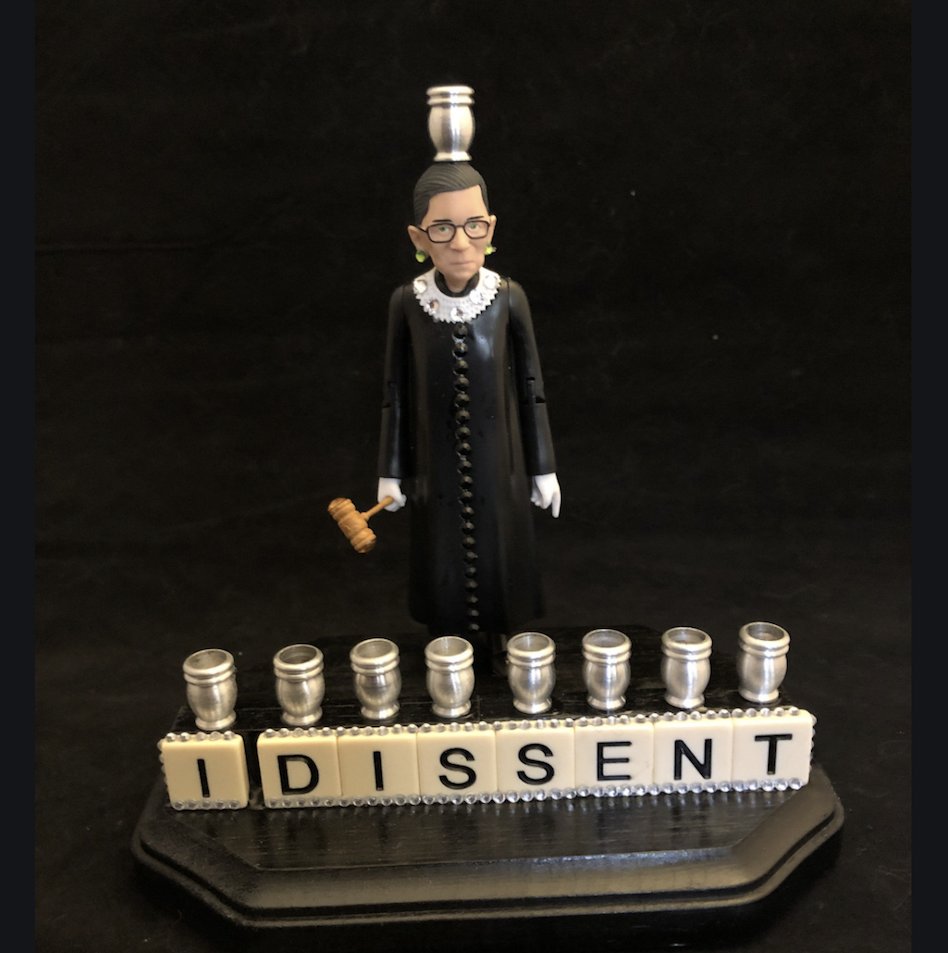 That’s what this pandemic is about and so now it’s Hanukah’s turn. This pandemic has ruined Chanukah because ….

Well, I sat down to find all the reasons Virtual Hanukah sucks and you know what I found? Nothing. There’s absolutely nothing we can’t do this Chanukah that we don’t do every Hanukka.

We can try to use every spelling the holiday has just like we always do. We can light those stupid dripping candles that burn out in 15 minutes if they haven’t already fallen over and lit the table on fire. We can say that one little dumb candle prayer that’s the same as the Shabbat candle prayer with one word changed that makes it the Chanukah candle prayer.

The tradition is we light the candles to commemorate the eight days the oil burned when we rededicated the temple in Jerusalem after the Maccabees beat the Assyrians on Monday Night Football back in the second century B.C.E. Even though we know the story of the oil didn’t get invented until about 200 years later.

We eat oily food like latkes (potato pancakes) and souvganiot (jelly donuts) to commemorate the expansion of the cardiac care unit at Cedars Sinai Hospital. At least I think that’s why we eat those foods.

And we spin the dreidl, a four-sided top that we spin with a Hebrew letter on each side, and bet which letter is going to come up on top when the dreidl stops spinning. Gambling is a valuable lesson we teach our children each Chanuka. On Passover, we end the Seder by saying “Next year in Jerusalem.” On Chanukah, we end the spinning of the dreidl by saying, “Next year in Las Vegas.”

So this year we have to do Hanukah on Zoom. Oh, wait. No we don’t. There’s absolutely nothing to do on Zoom. Chanukah has no service. The holiday has very few traditions. Hanukah is a home-based event. YAY! A Zoomless holiday.

Lighting the candles? We do that privately at home.

Frying the latkes? We do that in our own kitchens. Or order them from the pick up counter at Cindi’s or Kosher Thumb on Preston at Forest.

Spinning the dreidl? We do that on the living room floor. And really, I’ve never seen anyone play with a dopey dreidl more than three minutes without getting bored to death with the game.

And all that Channukkah music? There’s like exactly one song about making a dreidl out of clay and when it’s dry and ready then dreidl I shall play. And you sing the one verse over and over. Kind of like 100 Bottle of Beer on the Wall. Same point, too. It’s repetitive and obnoxious.

Honestly, Jews have more traditions surrounding Christmas than Chanukah. Since ancient times, Jews have gone out for Chinese food followed by a movie on Christmas. Now that’s a tradition I’ll miss this year.