More than 11,000 asylum seekers have been LGBTQ 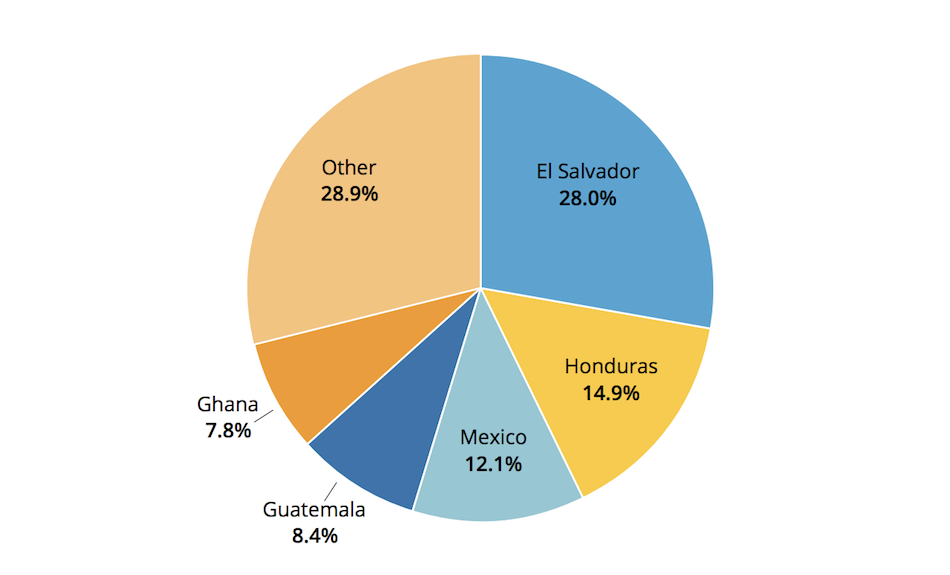 More than half of those seeking asylum based on LGBTQ status were from three countries in Central America. (Williams Institute)

Three out of four LGBT asylum seekers were male and more than half were from El Salvador, Honduras and Guatemala. A large number also came from Ghana and Mexico. People claiming asylum came from about 90 countries including one each from unlikely countries suck as Canada and Australia.

According to a new report by the Williams Institute, homosexuality is still criminalized in 69 countries and 11 countries could impose the death penalty if convicted.

Of all reasonable fear interviews conducted between 2012 and 2017, 1.7 percent were LGBT-related. Almost all resulted in positive determinations for fear of torture and/or persecution.

The number of credible fear interviews based on LGBT status has generally risen throughout the years.

The full report can be found here.