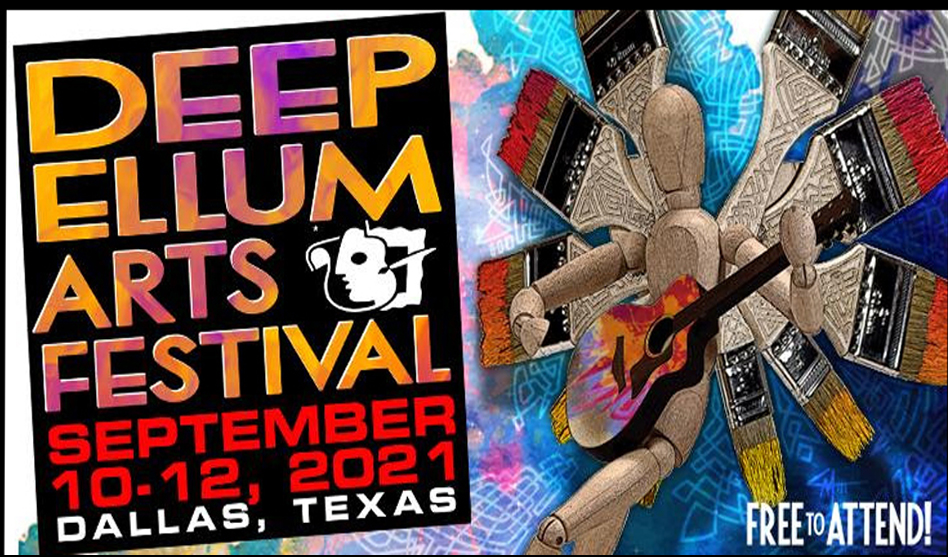 The Deep Ellum Arts festival is once again being forced to delay due to the ongoing COVID-19 pandemic, organizers announced this week. Originally set for April 2-4 this year, the event has been moved to Sept. 10-12.

Last year, organizers rescheduled from April to September in hopes that the pandemic would be under control by then. But the event was eventually cancelled completely for the year, as COVID infections and deaths continued to rise. This year, however, three different vaccines are available, and Biden administration officials have said they believe the majority of people will have been vaccinated by the summer.

“The festival’s organizers have been working closely along with Dallas officials and the Deep Ellum community to ensure the public’s safety and health and agreed that the best thing for the public’s safety was to move the event from the spring to the fall in order to avoid any possible rise of COVID-19 cases in the Metroplex,” noted a press release announcing this year’s change in date. “The Deep Ellum Arts Festival will keep researching effective precautions and safety measures for the upcoming fall and organizers look forward to welcoming patrons to its 2021 September event and are excited to give attendees and art patrons a chance to safely enjoy the beautiful neighborhood of Deep Ellum and the full festival’s wide array of visual artists and musicians.”

Festival producer Stephen Millard said, “We are disappointed to announce the difficult decision to again postpone the [Deep Ellum Arts Festival]. While we had hoped to be able to produce the April festival, and had submitted our extensive plans showing how we would be in compliance with CDC recommendations for an outdoor event including mandatory face masks, safe distancing etc., it has been deemed still ‘too soon’ to override public health and political concerns regarding what is considered safe. We appreciate everyone’s continued support during these uncertain times.”