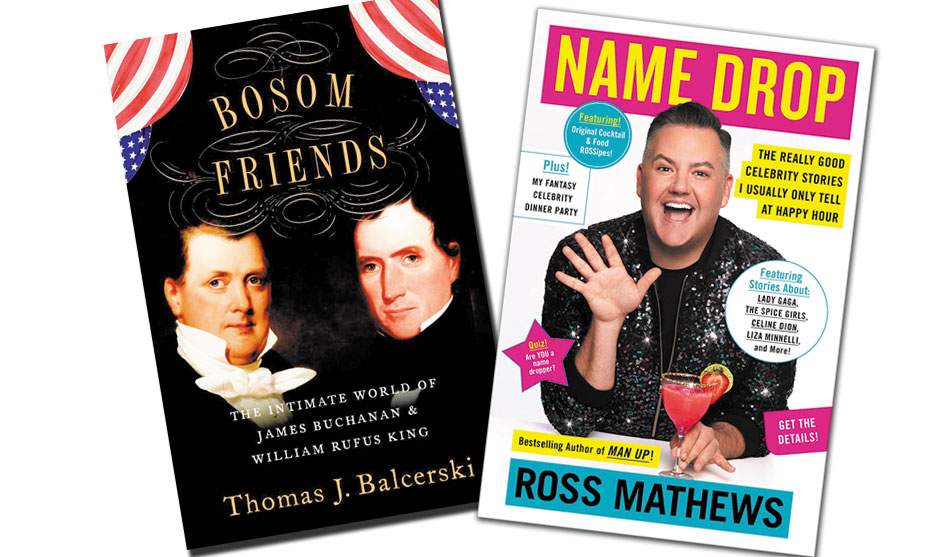 For Presidents’ Day, a mystery for 170 years remains a mystery

In the years prior to the Civil War, our nation’s capital was very much a work in progress: roads were little more than mud; neighborhoods were far apart, and, indeed, Washington, D.C., was a swamp to which most congressmen had to travel. Since nearly all were landowners elsewhere, few elected officials brought their families to the city with them; those who came solo needed places to live, so boardinghouses, called messes, sprung up to house the politicians.

It was at one such “mess” that William King met James Buchanan.

King was born to be a politician: Educated at the University of North Carolina, he almost immediately went into politics after graduation. He was a social man and very charming, but he never married, blaming it on a broken heart over a princess who was angered by a perceived insult. (Balcerski hints that the princess story was a convenient ruse.) 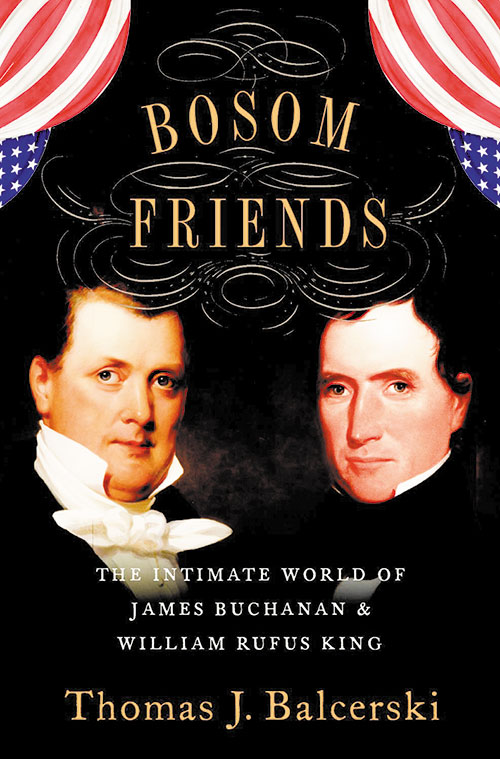 Buchanan was also educated and politically-minded, but his personal life differed: He was engaged to be married, but a misunderstanding caused his fiancée to call off the nuptials. Before Buchanan could patch things up, she fell ill and died. For the rest of his life, he, too, claimed that a broken heart kept him from marrying.

At that time in history, says Balcerski, homosexuality was strictly forbidden, but deeply “intimate” friendships between men were common and even encouraged. It seems likely that King and Buchanan formed one of these while living at the mess, partaking in debates together, and working in D.C. Their “bosom friendship,” however, appeared exceptionally close; tongues wagged, and others publicly teased the politicians for their particular bond.

But were they lovers, as rumors have claimed for over 170 years? Inconclusive, as you’ll find from reading Bosom Friends. There are many reasons to think either way; although Balcerski says they weren’t, evidence otherwise is tantalizing. To get there, though, will take some rock-climbing.

To understand the lives of King and Buchanan, one must inherently understand politics, of which much of this book consists. This is necessary, since it also shows division between the two men, ultimately both physically and emotionally; the scrappy political competition in which they engaged; and an untraversable gulf of disagreement — facets that, individually and together, are fascinating. Readers will clearly see the affection between the two men here, though we’ll never completely know the true nature of it; possibly-argument-settling written communication between the two disappeared shortly after the Civil War.

That sets up a delicious double-mystery that leaves you to make up your own mind: letters lost or tossed? Bosom Friends, or more than that? If you’re curious to know, this book will keep you tethered to your chair.

From the time he was a little boy growing up in a farm community in Washington state, Ross Mathews wanted to have friends that were celebrities. He imagined what it would be like to hang out with them and gossip… and then, it actually happened.

Now he says he hates when people name drop. But honey, he has stories. His celebrity circle started when he was an intern on The Tonight Show with Jay Leno, which sent him to report on the Olympics three times, leading him to start a blog. And that’s how he became BFFs with Rosie O’Donnell. They’ve been fast friends ever since, though it was she who “made [him] sleep with a Republican.”

He worked with Chelsea Handler on Chelsea Lately and, because of where the show was filmed, he met and became friends with the Kardashians, who were filming their reality show in the same building. The Chelsea gig also gave Mathews the opportunity to be on the sidelines when his beloved Seahawks won the Super Bowl in 2013. That was the year he also got to play celebrity matchmaker. 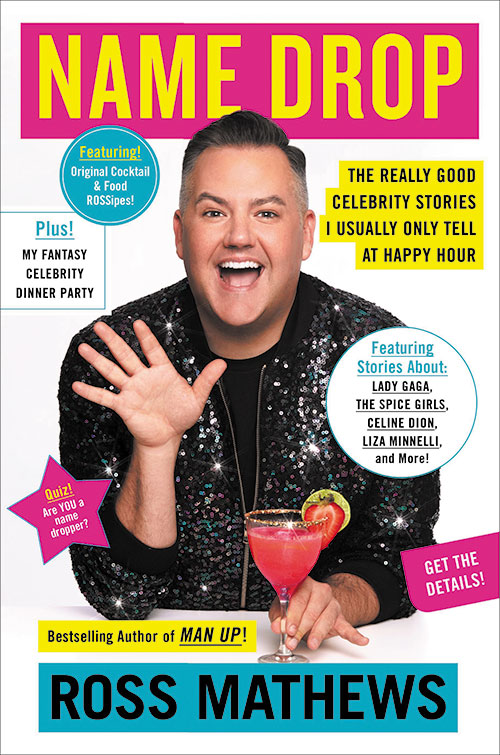 He had a chance to meet two of the Spice Girls. He got a quick-click photo op with Celine Dion. He met Omorosa and scooped every rabid reporter on TV; he met “Liza with an OMG” and spent all night talking with Christina Aguilera. But “not every celebrity story is going to end like a fairy tale where the famous person and I end up bonding…” says Mathews. Especially when it’s Barbara Walters, Faye Dunaway or Elizabeth Taylor.

No doubt about it, Name Drop is fun. It’s got the feel of a Friday night at your bestie’s house, where the snacks on the kitchen counter are bottomless and so are the skinny ‘ritas, and you scream yourself hoarse in mock horror and real laughter at the stories you’re told. It’s got the kind of gossip you want about the stars you love (or love to hate), spilled with a little snark and a charming amount of awe. It’s got an absolute (and absolutely relieving) sense that being famous sometimes doesn’t make a person act famous — although sometimes, it does. And it’s got “Rossipes” (Rossipes!) you can make to go along with your reading.

Like a red-carpet walk with a broken heel, though, Name Drop sometimes limps. Mathews is funny and punny but not both simultaneously. Alas, the puns are too much, too overwhelming, so feel free to groan and ignore them. The dishy tales you get in this book are way more fun; in fact, if you love boy-meets-girl-celebrity tales, you’ll find that Name Drop is a great collection.