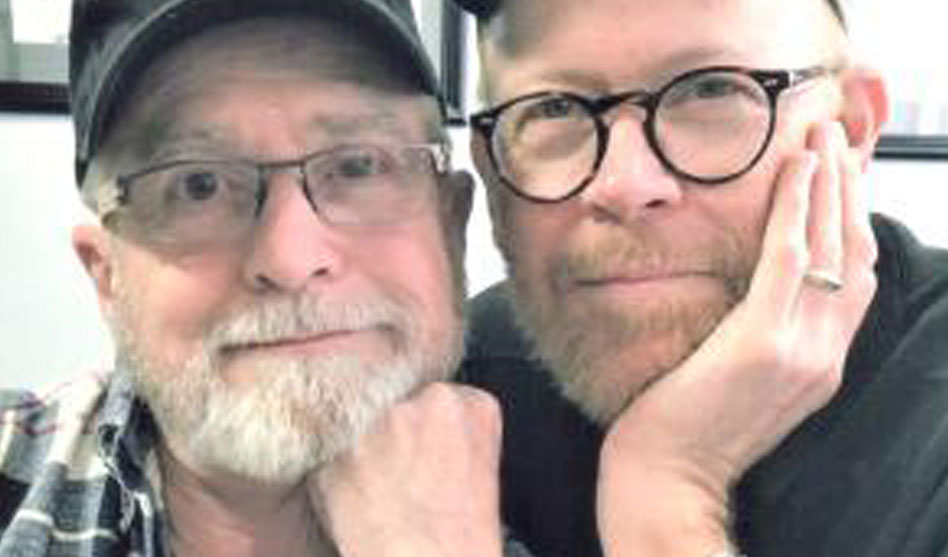 John Steele and Patrick Dixon grew up in Refugio, north of Corpus Christi. Their fathers knew each other in the oil field.

“His dad was my Sunday school teacher at First Baptist Church,” Steele said of Dixon’s father.

But the two boys never got too close. Steele was, he said, “careful. … I had to make sure no one found out about me.”

Dixon, for his part, remembers Steele’s “beautiful brown eyes and his smile. He seemed to be the man about town. I thought about him all of the time,” Dixon said.

Both men knew knew they were gay in high school. But they lived in a small town in the 1960s and early ’70s, so they certainly weren’t out.

Steele, a year ahead of Dixon in school, left Refugio to become a theater major at Texas A&M. From there, he moved to Plano, teaching at Plano High School for 25 years. Today, Steele owns his own company, Alternative Living Choices, helping older people with independent living, assisted living and other care options.

Dixon attended Trinity College where he also majored in theater. He moved to New York and eventually to L.A., where he did casting for television shows, like Murphy Brown, and other projects. He now works in NBC’s legal department.

The last time the two had seen each other was at Dixon’s wedding in Dallas. Steele, who was still not out, figured Dixon wasn’t gay, since he was marrying a woman, and moved on with his life. But, Dixon said, his marriage was never sexual. He and his wife lived together two years and before eventually going their separate ways.

For a while, Steele thought he’d date around until he found “the right girl.” But finally, at age 32, he came out as gay.

He purchased the book The Best Little Boy In the World, probably the most popular coming out story at the time, at Crossroads Market, and it was that book, he said, that changed his life. Reading it made him sob.

“Finally, I had to deal with my life,” Steele said.

The two men didn’t see each other for 38 years. 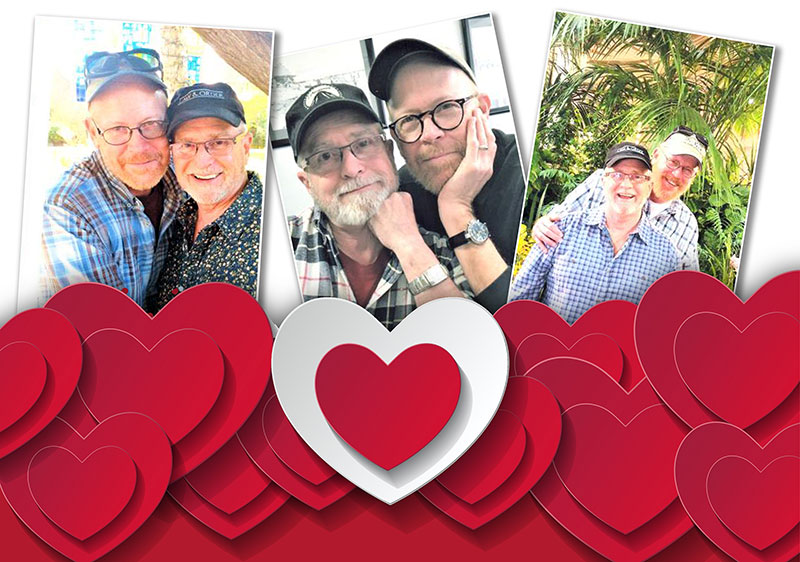 They finally reconnected when Steele was in Refugio for his sister’s funeral. Dixon happened to be in town visiting his family at the same time. He was in a relationship at the time, but he knew that relationship was coming to the end of its run. So when he heard that Steele was in town, Dixon realized it might be one last chance to connect with Steele, and he went to the visitation the evening before the Steele’s sister’s funeral.

But Steele wasn’t there. The next morning, before the funeral, Steele’s nephew told him a guy from his high school class had been at the funeral home the night before. Dixon planned to attend the funeral, but missed it because someone told him the wrong time.

And yet, he said, he knew “this was my last chance to find happiness and love” with his first love. So he passed his phone number along through the funeral director.

Steele got the number, and he and Dixon kept calling each other — and both kept missing the other’s calls. By the time they finally connected, Steele was back in Dallas and Dixon had returned to L.A.

About a year-and-a-half later, Steele was involved in a serious accident and spent an extended period in the hospital.

He was finally able to leave the hospital in April, and Dixon arranged to come see him in Dallas in June.

And yet, Dixon said, “We picked right up where we left off. We just did some great talking.”

And part of that “great talking” included Dixon telling Steele, “I’ve loved you since we were 16.”

Dixon returned to Los Angeles, but the two men continued talking regularly, later starting regular visits back and forth. They became engaged in June 2015 and got married in 2018.

They were going to have a private wedding in Napa, just the two of them, with a wedding officiant Dixon knew conducting the ceremony. But 18 of their friends decided to come join them for the celebration.

Today, Steele continues to live in Dallas, running his business and serving on the board of Ed-U-Care. He said he speaks to his husband every day, and they get together once a month, sometimes for as much as two weeks at a time.
Steele said Dixon plans to retire in the next year and move to Dallas. Dixon said he isn’t sure when he’s planning to retire, but when he does, he may just move to Dallas. While that was the only difference in their stories, they both agree they’ve never been happier.

Dixon calls this easing into living together. And both agree that their time apart makes the time together so much better.

Steele said he has no regrets about his life: “This happened at the right time in our lives.” he said.

Dixon said Steele told him, “I never believed I’d be able to fall in love with a man and have this life together.”