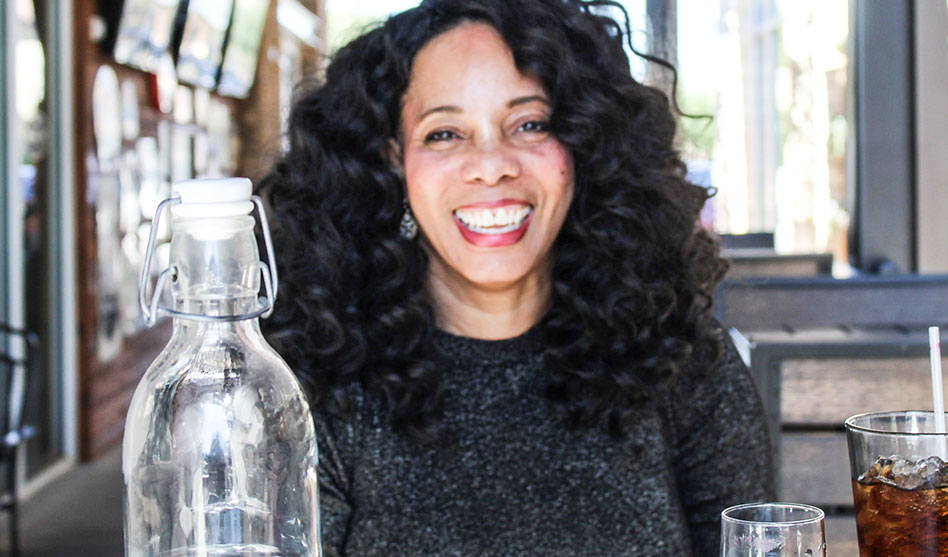 With Valentine’s Day fast approaching, the lion’s share of attention is focused on folks who are coupled and what they need to do to happily remain so. But what about the free agents among us — the singles?

According to Bella DePaulo’s “Living Single” column in Psychology Today in August 2019, there were about 117.9 million adults, 18 and older, who were divorced or widowed or had been single all their lives. Since that number was up by about 2 million compared to the previous year and still growing, it’s likely higher now.

Well, if you are a single, LGBTQ person and part of the 50 percent looking for some kind of romantic interaction — whether casual dates or happy ever after — Fern Connections is here to help.

Dallas Voice: Tell me about you, about your family and personal background. Daphney Poyser: I am a single mom and business owner, which is sometimes just as stressful as it sounds [laughs]. But I’m a firm believer that a glass of white wine and a really long bubble bath are the trick to resolve anyone’s stresses. I have two beautiful daughters — one who lives at home and one who doesn’t. I love to cook, especially for my family; it’s always been one of the ways that I show them how much I love them.

When I’m not with my family or working, I like being outside as much as possible. Growing up I spent a lot of time in the mountains, and being in nature has always been very relaxing to me.

Tell me a little bit about your corporate background. What kind of work were you doing in the corporate world? I worked as a technology project and program manager for large companies. It was great in the beginning, but, after a while, I felt the need to do something more fulfilling, which is what ultimately led to me becoming a matchmaker for the LGBTQIA+ community. 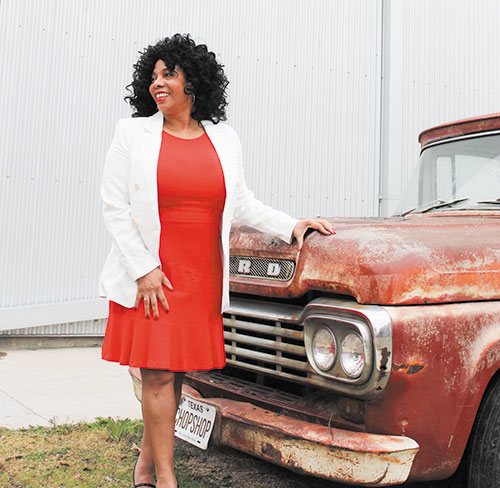 You mention on your website about how finding love is more challenging for people of different ethnicities. Talk a little bit about that, about how the general processes/programs are not a one-size-fits-all and how cultural differences between ethnic groups affect that. As a single black woman in her mid-50s living in a very rural area, I can attest first hand to just how hard it can be to find love, especially in more conservative areas like the South. A lot of the other matchmaking companies tend to set people up based on them having similar cultures, similar backgrounds, etc. But I tend to focus on matching people up who have similar energies. Cultural backgrounds you can learn about, but you can’t teach someone how to form an honest connection with another person if that initial seed isn’t there.

How do those differences transfer over to the LGBTQ community? And why did you, as a straight woman, want to reach out to and work with the LGBTQ community this way? It’s really about my family! I am the proud mom and aunt of queer individuals, and I have been an ally of the gay community for most of my life, for more than 40 years. It’s not exactly the same, but I have been labeled as a less desirable candidate [for dating] because of my age, and I’ve talked extensively with my [LGBTQ] family and friends about how they have faced similar issues because of their gender or sexual orientation.

So when my clients talk about not being seen as datable or loveable just because of the person they are, I feel for them a lot, and one of the most important parts of my job is convincing them just how untrue that is. Also, when I realized that there weren’t any other Black-women-owned and certified matchmaking companies that focused on the LGBTQ+ community across the country, I knew I had made the right decision to support a community that I love so dearly.

What are some of the ways that dating and finding love are different in the LGBTQ community compared to the hetero community? And since the LGBTQ community encompasses all races, ethnicities, religions, etc., how does Fern Connections address those differences within this community? What I have found working with the LGBTQ community is that there is an acceptance of others within this community like none that I have ever experienced before, especially not in the hetero community. I am matching people of all [kinds of] queerness, religious backgrounds, ethnicities — you name it. And my clients have told me that they feel very welcomed in the dating spaces I’ve put them in, regardless of the differences they and their date might have faced in the past.

I believe that people should live, love and have the type of relationships that make them happy. And as not only a certified matchmaker, but a certified date and relationship coach, I strive to help my clients learn how to make the most out of their future partnerships, as well as how to negotiate differences with their potential partners.

What makes Fern Connections stand out as a dating/matchmaking service for LGBTQ people compared to other dating services? The fact that I work with people of all [kinds of] queerness — from transgender indivduals to asexual, intersex and more — is what I think makes me stand out, and, at the same time, it is also what brings me the most joy, because I know how it feels to not always be the first picked for dating, not always seen as a real choice as a partner, or someone who is seen as an over-sexualized and fetishized person and, thus, not treated the same.

This is one of the reasons I do what I do everyday to help normalize love and relationships for people who are so deserving of it. Everyday I go to work, and I fight for love, and I love it! [laughs]

What have I not asked you about that you think is important for people to know, either about you or Fern Connections or just dating and finding love in general? I think the thing that I would like for people to know is that love is love and that we don’t always have to understand people’s choices to respect them and allow others to love how and who they please.