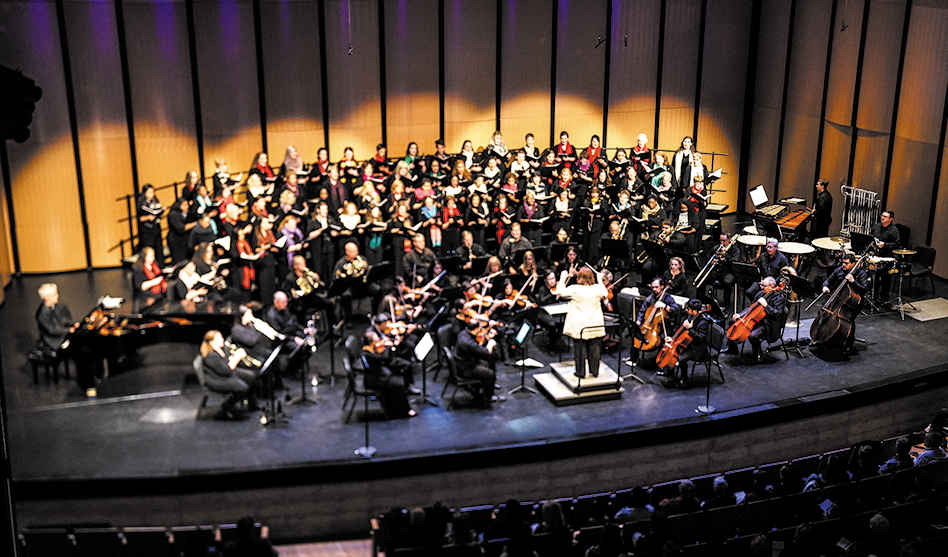 The Women’s Chorus of Dallas celebrates its 30th anniversary this weekend with a reunion of former members and an exhibit and concert at Moody Performance Hall on Sunday afternoon, Oct. 13. 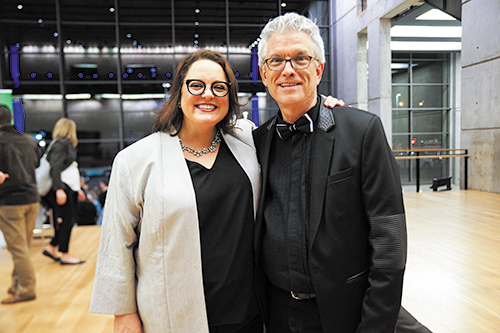 In addition to that turmoil, the chorus had lost its brilliant arranger and accompanist, Anne Albritton. At its concert this weekend, TWCD will remember Albritton’s contribution to the chorus by performing several of her choral arrangements.

Imthurn brought a new morale and growth in membership to the chorus and allowed it to find its own identity.

The chorus was founded after the Turtle Creek Chorale came back from a GALA Choruses convention where one of the groups performing was the San Diego Women’s Chorus. During a performance at that convention, chorale board member Lori Masters turned to the chorale’s artistic director, Tim Seelig, and said, “We need one of these in Dallas.”

When they returned home, they made it happen, according to TWCD Executive Director Crystal Koe.

Word of mouth was all the new women’s chorus had to spread the word of the new performing arts organization. “It was friends asking friends,” Imthurn said, so after the first rehearsal, each person brought a friend to the next meeting.

Just as the Turtle Creek Chorale chose not to name itself the Dallas Gay Men’s Chorus because some members feared they could lose their jobs if employers found out they were gay, the women’s chorus, for similar reasons, chose not to call itself Lesbian Chorus of Dallas. Even in 1989, nearly 10 years after TCC was formed, Imthurn and Koe both said chorus members were concerned about possibly losing their jobs to homophobic discrimination.

One chorus member at the time was a human resources director who was singing with the chorus but at work was having to fire people for what was then referred to as “moral turpitude.” 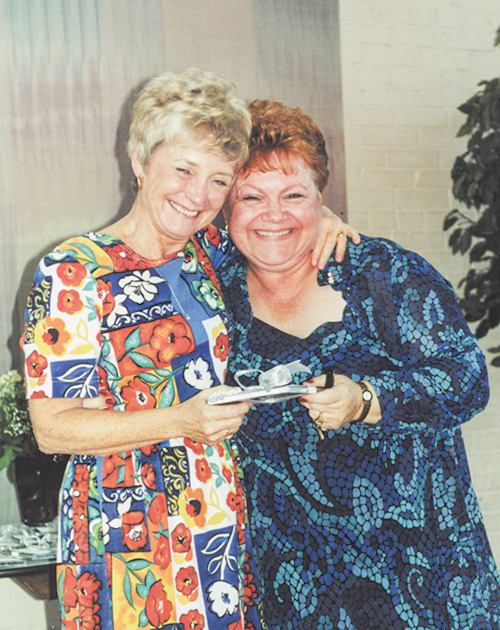 The chorus had its ups and downs. One of its best additions happened when Albritton met Seelig. She told him, “I’m from Corsicana, Texas, and I play the piano.” She didn’t mention she had a master’s degree in music and was a talented teacher and arranger. While artistic directors came and went during those first few years of the chorus, Albritten was its stability for much of the first half of the group’s life — until she became ill in the late 1990s. Albritton died of lung cancer in 2006.

Seelig played another part of the group’s early stability. He stepped in whenever the Women’s Chorus was between directors.

One season, Imthurn said, each concert was directed by a different woman auditioning for the permanent position of director. But when the chorus offered the job to one of the women, she turned it down. So Seelig stepped in again.

Imthurn came to the chorus with a vision of its future. “Dallas didn’t have a space right for us,” she said, so the chorus performed at Caruth Auditorium on the SMU campus. But Imthurn wanted her chorus to perform in the Arts District, and so she oversaw its move downtown.

First, the women performed at the Meyerson Symphony Center. But that was too big. Then they tried the Wyly, but it was just “not right” for choral music, Imthurn said, even though that’s where Lesley Gore performed with TWCD.

Moody, however, has become that “just right” venue for the group.

Imthurn said that Victoria Clark, a Dallas actress best known for her Tony Award-winning performance in Light in the Piazza, is one of her favorite singers that has performed with the chorus. The chorus also sang with Hugh Jackman at the American Airlines Center during his tour stop in Dallas and with Demi Lovato when she performed here. Imthurn said several former members rejoined because those events made being part of the Women’s Chorus so much fun.

Maya Angelou appeared with TWCD and Turtle Creek Chorale in the Emmy Award-winning performance of Sing for the Cure, and the TWCD has sung at Race for the Cure.

AIDS as well as breast cancer have had an impact on the life of the Women’s Chorus. Many of its members cared for men in the chorale and others who were living with AIDS, and breast cancer continues to have an impact on the chorus. One member who recently went through chemotherapy for breast cancer attended rehearsals throughout her treatment. Singing lifted her spirits and helped her get through her chemo, Koe said.

In video interviews for the 30th anniversary program, many of the singers talked about what a big part the chorus played in helping them find their identities.

The chorus also brings in students who sing in choruses in DISD schools to perform with them. Imthurn said the experience is empowering to many of the students who learn that they don’t have to stop singing after school but can, indeed, sing their whole lives. She said through music they learn to be comfortable with themselves.

Imthurn said she always wanted the chorus to focus on the “women” part of the its name. So, for its March concert, the sixth annual Voices of Women program, the chorus will sing music solely by women composers. But that’s not as easy as it sounds, she said, “because less than 1 percent of concert works are by women. We’re still catching up.”

To do its part in that process of catching up, the chorus is commissioning works by women composers.

“Skin,” based on poetry by Palestinian-American poet Naomi Shihab Nye and composed by Mari Esabel Valverde, premieres at the March concert.

Singer Moira Smiley will be coming for Voices of Women as well.

Composer, conductor and performer Rosephanye Powell is already signed for a concert next season, too, Imthurne said.

While the group was formed as a lesbian chorus and has been a member of GALA Choruses, the international organization of LGBT choruses, since its founding, it’s never been exclusively lesbian. Straight allies have always made up a substantial portion of its singers.

Imthurn mentioned fact to other women’s chorus directors at a GALA convention, and they told her that was the case with all of their groups as well.

That hasn’t stopped women from meeting future partners through the chorus. In fact, Imthurn said at least two couples met as performers, and she met her wife at the chorus as well. Her daughter, at five-and-a-half years old, already considers herself part of the chorus.

One of the chorus’ traditions is the when one its members has a baby, singers stand in a circle with mom and baby in the center, and they sing “Music in My Mother’s House” for mother and child.

The weekend celebration of the chorus’ 30 years begins Oct. 11 with Friday evening happy hour at Sue Ellen’s. After a Saturday afternoon rehearsal, there’s a Saturday evening reception at Sammons Center for the Arts on Harry Hines. About 100 current and former members are expected for the dinner.

On Sunday, the lobby of Moody Performance Hall will exhibit 30 years of chorus history. Photos, programs, posters and other memorabilia from each season’s concerts will be on display. Artist Erica Stephens will give a talk at 2 p.m. about two paintings she’s doing based on two songs that will be performed.

The 30th anniversary performance, That’s Our Jam, begins at 2:30 p.m. In addition to Albritton’s arrangements, the concert includes an original piece by current chorus pianist Will Varner who’s been with the group 14 years.

Tickets for That’s Our Jam, the 30th anniversary concert at Moody Performance Hall, 2520 Flora St, are available at thewomenschorusofdallas.com.