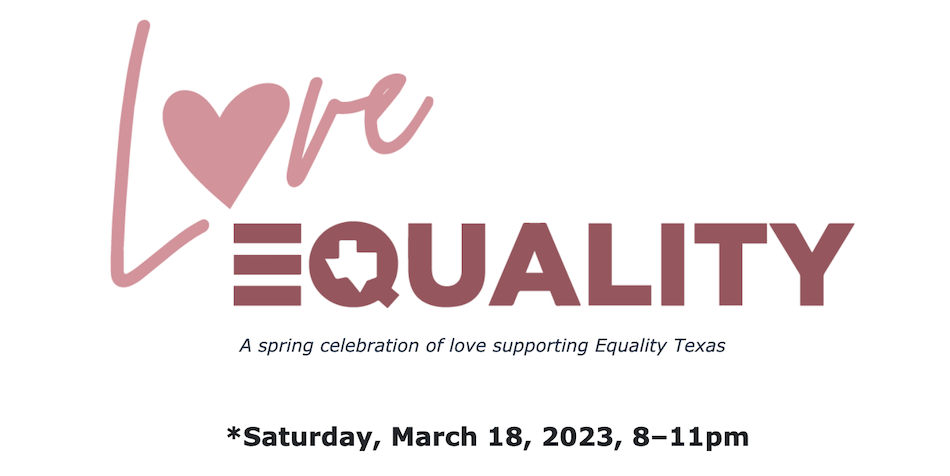 “As we navigate the 88th Texas Legislative Session one thing is apparent,” Equality Texas announced in a press release. “Anti-LGBTQ+ extremist politicians are prioritizing hate instead of common-sense legislation to improve the lives of Texans.”

In order to direct all of its resources to the fight at the Capitol, Love Equality, which had been scheduled for the beginning of February, has been rescheduled to March 18.

The event will still be held in Crozier Hall, 2218 Bryan St. in Dallas. In the mean time, Equality Texas is still looking for additional sponsors and attendees to support the work of the largest LGBTQ lobbying organization in Texas. Love Equality begins at 8 p.m. but sponsors will be invited to join the board of Equality Texas and the Dallas Steering Committee to a VIP reception at 7 p.m.