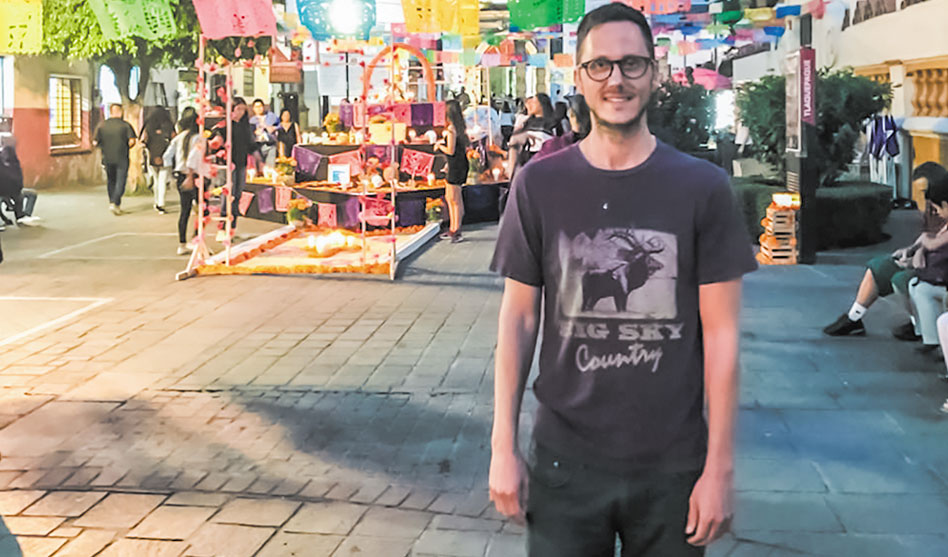 Video creator Blake Wilkinson named his YouTube channel Colibri Travel, after the Spanish word for “hummingbird” because, he said, the hummingbird reminds him of his life today exploring Mexico. 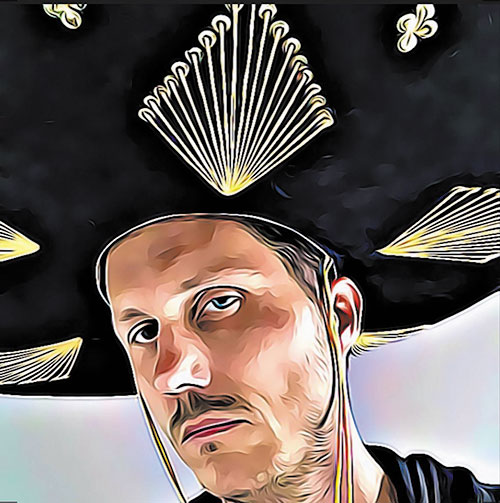 “It’s a bird that is only found in the Americas, and, given that I’ve traveled so much of North, Central and South America, I thought it was appropriate,” Wilkinson explained in recent phone and text interviews from Merida,

Yucatan. Wilkinson and his dog, Binks, were staying in an Air B&B in Merida until he was ready to move on to another shooting location.

“Also,” he added, “just the idea of a little bird that goes from place to place was appealing to me.”

Wilkinson, known in Dallas as the controversial founder, in 2009, of the protest group Queer Liberaction,

landed in Guadalajara, Jalisco, two years ago and is now a temporary resident there. After leaving his native Dallas, he said he spent large chunks of time in San Francisco, Portland and Santiago, Chile, as well as spending a year touring the Western United States in a Jeep pulling a teardrop trailer, before heading south to Mexico.

In a video called “All About Me,” filmed while he was driving from Guadalajara to Pachuca, Hidalgo,

Wilkinson spoke of spending time in rehab for excessive drinking after a year of staging protests around the Dallas/Fort Worth Metroplex that often angered other gay activists. One of those protests was at a Fort Worth City Council meeting concerning the infamous police raid of the Rainbow Lounge, a then-newly-opened gay bar, that happened on the 40th anniversary of the Stonewall Riots. Wilkinson and several other members of Queer Liberaction were ejected from the meeting by law enforcement.

The videographer said that although he felt support from some in Dallas’ LGBTQ community, he felt “almost ran out of town” by those who did not appreciate his contribution to the gay rights movement. He described his most vocal critics as “unkind;” his detractors at the time often described him as self-serving and more interested in promoting himself than advancing LGBTQ rights

“It’s just incredible the backlash that you get,” Wilkinson said of that time in his life. “It’s almost scary the level of fascism, not only from the right but from the left. I got to a breaking point. I just couldn’t take it anymore.”

Eventually, Wilkinson said, he realized it was time to move on. And he decided to return to what he likes and does best — traveling around the world. Now at 39, he has spent time in 39 countries. He will, he noted, turn 40 in August, so “I need another country before my birthday, or I will be indebted.”

Wilkinson, who is a vegetarian, described himself as a “hippy-dippy, liberal leftist.” His favorite spots to make videos are random and off-the-beaten tourist path, he noted. In the gay playground of Puerto Vallarta, he took viewers on a hike in the jungle above the beach rather than through Gringo Gulch and the many shops, bars and restaurants there that cater to tourists. 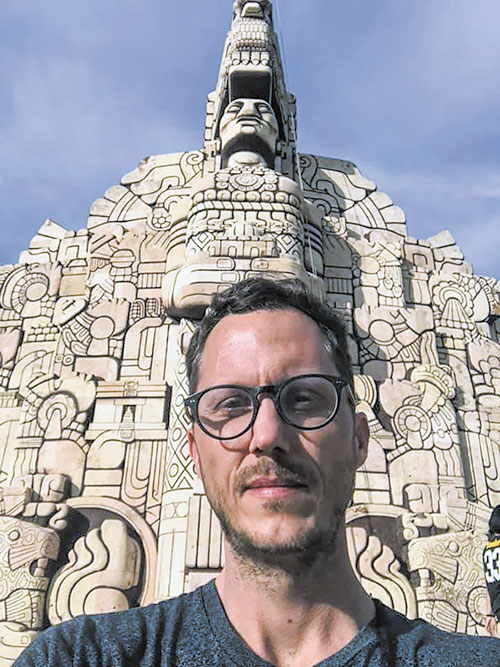 The budding travel guru got his first taste of exotic travel at the age of 11, when he went to Cancun, Mexico, with his family. At age 13 while attending the college preparatory academy Bishop Lynch, he visited England on a school trip. But, he said his wanderlust really set in deeply when an aunt who loves to travel, like in the movie Auntie Mame, began taking him along on her excursions.

Later, Wilkinson attended DePaul University in Chicago where he majored in anthropology and where he advocated against war and for gay rights. After his graduation he moved to Spain, working there as an English teacher for more than two years before returning to Dallas.

These days in Mexico, Wilkinson said, he is not involved in politics or activism. Instead, he concentrates on growing the YouTube channel he started a year ago. He already has garnered 3,000 subscribers and produced 75 travel videos but has earned only a three-figure income with his channel. In his videos, he asks viewers to buy him a coffee with a donation if they “enjoyed it at all.” He supports himself, he said, with online work involving the stock market.

“Now, I just try to focus on self and what I’m doing,” Wilkinson said. “I just try to keep things calm now as much as possible.”

During most of the first year of his channel, Wilkinson said, he revealed nothing about himself. But he is opening up more about himself in his videos. His first videos focused on Guadalajara, including a video about how to obtain legal residency in Mexico and a tour of his apartment. He ventured out to other areas in Mexico from there, showing his interactions with the people he encounters on the street.

“I can be myself in the world wherever I may be,” Wilkinson said. “I’m not ashamed of having a foreign accent when I speak Spanish.”

His plans for the immediate future are to keep traveling and to keep making videos. He plans extensive travel throughout Mexico in the coming months and possibly a jaunt into Central America.

“I know how to travel, and I travel well,” he said.

Wilkinson said his family has some concern about him wandering around Mexico alone because of the reports of violence in the country, but they are still supportive of his project.

“They haven’t said much about it,” Wilkinson said. “They probably think it’s just me and what I do.”

His long-range goals are “pretty open,” Wilkinson said, but he will no doubt continue to travel: “It’s that somewhere over the rainbow thing,” he said. “It’s always looking for that magical place over the horizon.”