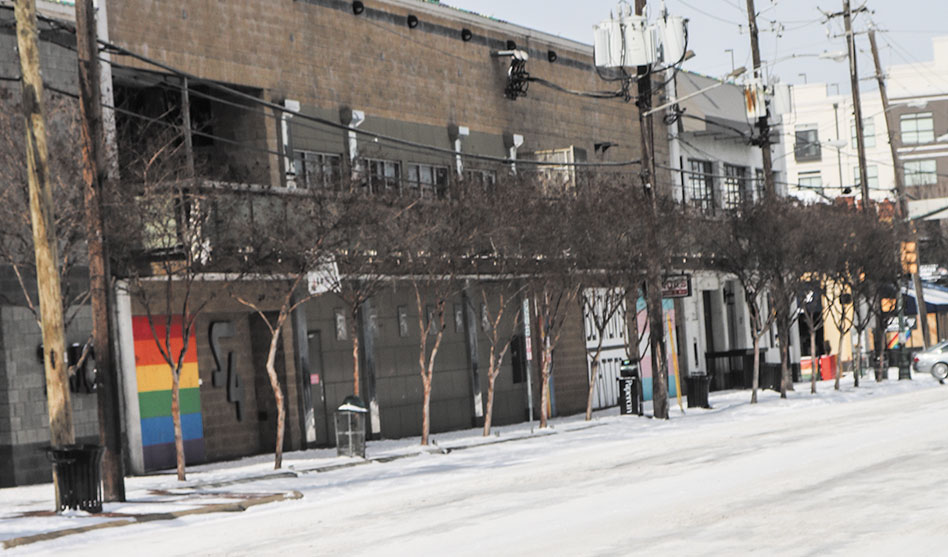 Hopefully, by the time this Feb. 19 issue of Dallas Voice hits newsstands on Friday morning temperatures across Texas will be back above freezing and people will once again have power. But as I write this, temperatures in the Metroplex hover around 15 degrees and the second round of a record-breaking winter storm is settling in over the state.

Temperatures plunged on Sunday when the cold spell first hit, and much of DFW was blanketed in as much as four inches of snow — perhaps more — by Monday morning. From Monday night into Tuesday morning, the temperature dropped below zero, and that’s not counting wing chill.

With highs not getting out of the teens, the snow easily stayed around until Tuesday evening, when the second round of snow and ice arrived. Weather forecasters warned that the deep freeze was going to continue through at least Thursday morning, with temperatures not expected to get above freezing before Thursday afternoon at the earliest.

“Rolling blackouts” planned to take some of the pressure off of the state’s overworked power grid became just plain old power outages, with an estimated 4.4 million people across the state left with no electricity, some going on two days and counting. By Tuesday afternoon, nearly 254,000 customers in Dallas County were affected by outages. In Tarrant County 204,000-plus customers were without power, while the number hit about 90,000 Collin County and 28,000 in Denton County.

Impact on the LGBTQ community
Providing safe housing for people impacted by HIV is the main order of business at AIDS Services of Dallas. This week’s weather has made that job more difficult, said Traswell C. Livingston, ASD’s president and CEO.
With “maintaining the safety and comfort of our residents [as] our top priority,” Livingston said, the agency’s personal care staff have “continued their round the clock duties and have been at the facilities 24 hours a day each day during this crisis.” Kitchen staff has been on-site preparing meals for residents and serving them door-to-door. 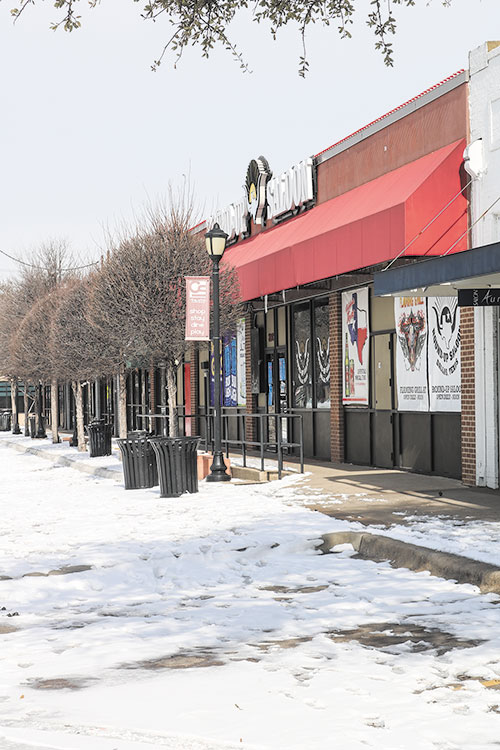 In addition, “we have had one of our maintenance staff move on-site to be available in case of an immediate need by residents,” Livingston said. “We are grateful that we do not get many cold days like this and look forward to the warmer spring days ahead.”

Cece Cox, CEO at Resource Center, said Tuesday that the center’s facilities would be closed through Wednesday, and that she and her staff would be evaluating the situation as it developed to make a determination about Thursday and Friday.

“If staff can’t get in safely, that’s a factor,” Cox said. Noting that facilities that would normally have clients coming in included the Nelson-Tebedo Clinic on Cedar Springs Road and LGBTQ Health clinic and the Food Pantry, both located on the agency’s health campus at 2701 Reagan St.

“We have been offering telehealth appointments, but power and cell outages have interrupted some of the appointments, and they have had to be rescheduled, Cox said.

Other services that are operating virtually, as they have been during the COVID-19 epidemic, include mental health counseling, Youth First, Thrive, advocacy, Dental, FUSE, UBE and Grupo Orgullo Hispano, she noted.
The winter weather has also had a significant impact on operations at AIN, according to Steven Pace, president and CEO.

“It is ironic that we had not missed a day of serving our clients all this past year during the pandemic, and yet this storm is causing increased hardships for our clients and the shutdown of our operations for now,” Pace said.
He said AIN is using telephones, the AIN website, social media and direct messaging “to spread information, especially to our clients without housing.” AIN is also directing clients to the Kay Bailey Hutchison Convention Center “for shelter, food, and safety from the dangerous, prolonged cold temperatures.”

“Many of our clients, as well as most of our staff, are struggling with the electrical problems that are affecting all of Dallas, which means they may only intermittently have heat or water for many hours of the day,” Pace said. “Not having consistent electricity also means that people are limited in their ability to keep cell phones powered up, which also limits our ability to communicate with clients to conduct telehealth or other telephone appointments.

Most AIN clients who had appointments scheduled had already cancelled, but case managers are continuing to monitor our most vulnerable clients to the extent possible, but all resources are limited by the impact of this winter storm. We remain very concerned for all our clients and continue to do what we can to help them. We are assessing the impact hourly, making decisions daily, and are committed to resuming operations as soon as possible,” Pace said. 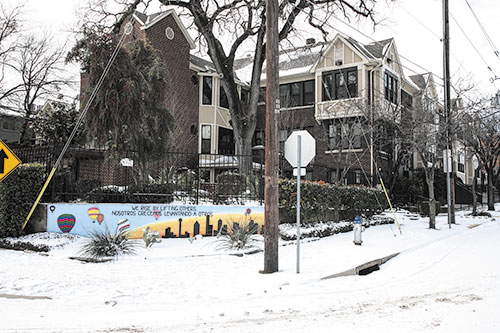 Legacy Counseling Center and Legacy Founders Cottage have been dealt a blow as well, said Associate Executive Director Brooke Henderson. “Just when we thought we had successfully navigated the transition to telehealth services due to the pandemic, we are now faced with the winter storm which has brought its own set of challenges,” she said.

Telehealth appointments have been limited by rolling blackouts that have interrupted or limited internet connections for virtual sessions. “Even phone sessions have been a challenge for clients and therapist as they are having issues getting good signals or forced to conserve energy,” Henderson said. “Clients are reporting issues with privacy as they may be staying with friends, family, or at warming stations to wait out the storm.”

Problems with the phones mean it is has been taking staff “at least 24 hours to return messages … . Often times we are calling clients back from numbers which are blocked or unfamiliar for clients, so they tend not to answer. We truly apologize for this inconvenience,” she said.

“Despite these challenges,” Henderson said, “the staff at Legacy have worked diligently to develop plans and bridge the gaps to ensure the clients are properly informed.”

By early Monday morning, Legacy’s Homebase for Housing staff “internally shared housing resources with all the staff to help spread the message to clients who may be seeking emergency shelter,” Henderson said, adding that anyone who is unsheltered or staying someplace uninhabitable can go the main entrance of the Dallas convention center at 1212 Canton Street in Dallas.

“Therapists have continued to reach out to their clients to ensure they are safe and stable,” Henderson continued. “Telehealth sessions continue to be attempted if feasible. For the clients that are unable to connect virtually the option of phone sessions can be offered.”

And Henderson herself is checking in with division heads routinely “to help be proactive about upcoming challenges or concerns. Most of this communication is being handled via cell phone since access to emails is scarce.”