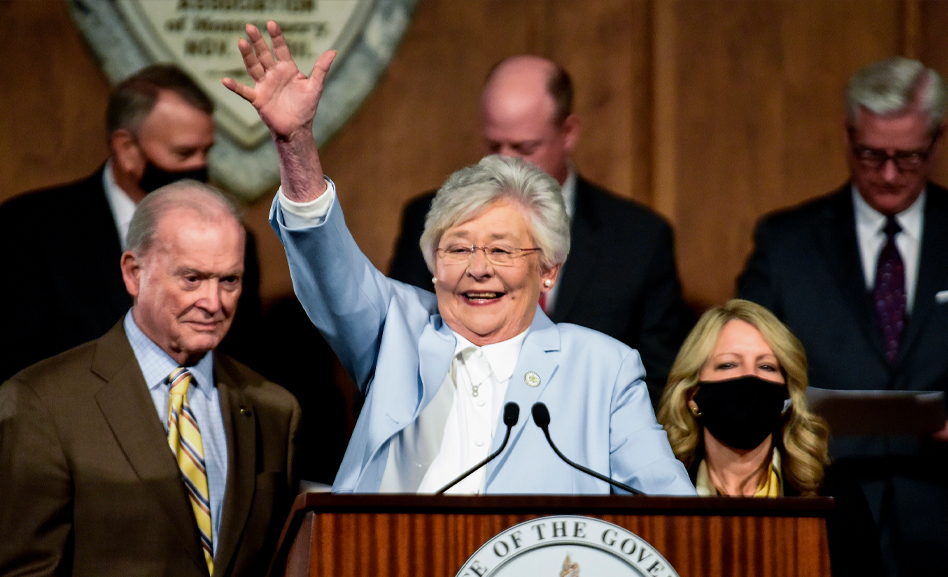 Two families and two medical providers filed suit today (Monday, April 11) challenging a new law in Alabama that makes it a felony for parents and medical professionals to provide gender-affirming medical care — such as puberty blockers, hormones and surgery — to people 18 and under in the state.

“There are very real challenges facing our young people, especially with today’s societal pressures and modern culture. I believe very strongly that if the Good Lord made you a boy, you are a boy, and if he made you a girl, you are a girl,” Ivey said in signing the measure. “We should especially protect our children from these radical, life-altering drugs and surgeries when they are at such a vulnerable stage in life. Instead, let us all focus on helping them to properly develop into the adults God intended them to be.”

The plaintiffs in the lawsuit are being represented by the Southern Poverty Law Center, GLBTQ Legal Advocates and Defenders, the National Center for Lesbian Rights and the Human Rights Campaign, with King and Spalding LLP and Lightfoot, Franklin & White LLC.

The lawsuit is Ladinsky v. Ivey, and the medical providers involved are Dr. Morissa J. Ladinsky and Dr. Hussein D. Abdul-Latif, both providers at Children’s Hospital of Alabama, and both members of the medical staff at the University of Alabama at Birmingham Hospital They are also both on the teaching staff at UAB School of medicine. Both physicians have long-term experience caring for transgender children.

Dr. Ladinsky said, “By signing SB 184 Gov. Ivey has told kind, loving and loyal Alabama families that they cannot stay here without denying their children the basic medical care they need. She has undermined the health and well-being of Alabama children and put doctors like me in the horrifying position of choosing between ignoring the medical needs of our patients or risking being sent to prison.”

The two families have chosen to proceed anonymously to protect their children. They are known as Robert Roe and his 13-year-old trans daughter Mary, and Jane Doe and her 17-year-old trans son John.

Noting that both families “have deep ties to Alabama,” a press release announcing the lawsuit said that if SB 184 is allowed to go into effect, “both families will be forced to choose between leaving the state, breaking the law or facing devastating consequences to their children’s health.”

“Like all parents we want nothing more than for our child to be healthy and happy. We have seen our daughter change from being reclusive and anxious to being an engaged, happy child once we got her the support and care she needs,” said Robert Roe.

“This law threatens all of that and takes away our ability to follow the advice of highly qualified medical professionals,” he continued. “I was born and raised in Alabama and came back here with my wife to raise our family. We love this community which has shown us incredible support. But if this law goes into effect, we may be forced to leave the state we call home in order to protect our daughter’s life.”

Ivey also on Friday signed into law House Bill 322, a “bathroom bill” barring transgender students from using the proper restroom facilities for their gender identity at school. The state Senate passed had also passed that bill, which originated in the House, on Thursday. But the Senate took the House’s hate a step further by tacking on its version of Florida’s
“Don’t Say Gay” law.

Jennifer Levin, Transgender Rights Project director with GLAD, called the bill “appalling,” saying that is authorizes the state of Alabama to “reach in and interfere with family relationships. … [It is] an extremely dangerous law that undermines the health of Alabama children and the freedom of Alabama parents. It will not hold up to legal scrutiny.”

Also last Thursday, the Alabama Senate passed a “bathroom bill” that originated in the state House that prohibits trans students from using the proper bathrooms at schools but only after ramping up the hate by tacking on a version of Florida’s “Don’t Say Gay” bill.

Ivey signed that bill into law on Friday too, declaring, ““Here in Alabama, men use the men’s room, and ladies use the ladies’ room — it’s really a no brainer.”