Man arrested for DWI after crashing into hangar at Love Field 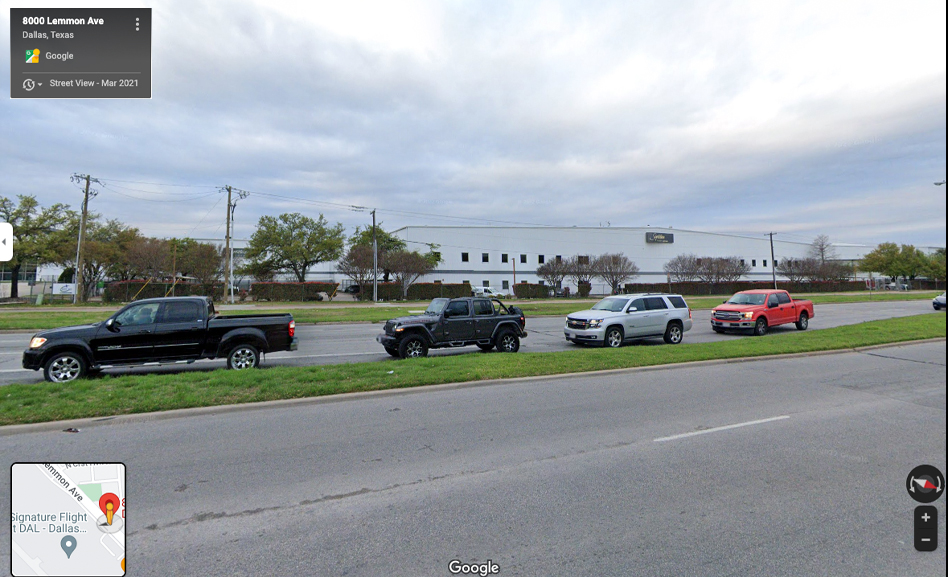 This image from Google Maps shows a building on the grounds of Love Field in the 8000 block of Lemmon Avenue.

A 21-year-old man is in the Dallas County jail on charges of driving while intoxicated and damaging or destroying a critical infrastructure facility.

According to Dallas police, Jaime Alexander Salazar was arrested at about 3 a.m. today (Saturday, April 9) after he crashed through the east side of the gate at Love Field in the 8000 block of Lemmon Ave., drove onto private hanger space and hit a fuel truck and two private jets. Both planes were hit on the wing, and the fuel truck was hit on the front bumper, sustaining minor damage, according to police reports.

Salazar was driving a red 2011 GMC Sierra pickup truck at the time of the accident.

Police said that as per Dallas Fire Rescue policy, based on his level of intoxication at the time of the accident, Salazar was taken to Parkland hospital before being taken to Dallas County Jail. Jail records show that Salazar was booked in 6:57 a.m. No bond has been set.