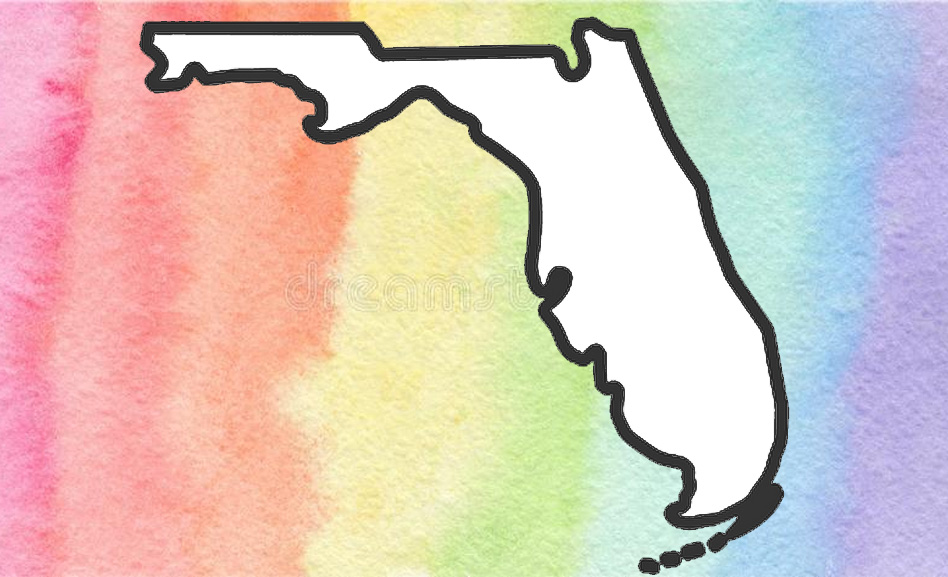 The law bans discussion of sexual orientation and gender identity in grades K-3, restricts such discussions for students through grade 12 and is “based on undefined standards of appropriateness,” according to the press release. The lawsuit alleges that HB 1557 “effectively silences and erases LGBTQ students and families,” that it “demands that school districts implement its terms,” and that it “empowers any parent to directly sue the school district if they are dissatisfied with its implementation of the law.”

Lambda Legal Staff Attorney Kell Olson said, “The purpose and effect of this breathtakingly broad law is to silence LGBTQ students and families, and the law’s imprecision intensifies its chilling effect.

“Because the law invites any parent dissatisfied with a school’s censorship of LGBTQ-related speech to sue the school district and collect attorney fees, it causes schools to aggressively control discussions that might trigger the type of moral objection that gave rise to this law,” Olson continued. “Already, schools have cut anti-bullying guidance for K-12 teachers and pulled books from shelves. LBGTQ parents are struggling to find gentle ways to explain to their children why they won’t be able to talk openly about their families when they go back to the classroom in a few weeks.

“This discriminatory law puts students at risk and sends a message of shame and stigma that has no place in schools.”

Plaintiffs David Dinan and Vikranth Gongidi said they are “deeply concerned about the negative effect that HB 1557 has upon our family. The law limits our speech and our expression. The law forces us to self-censor for fear of prompting responses from our children’s teachers and classmates that would isolate our children and make them feel ashamed of their own family. It also causes irreparable harm to our children and to their development,” said.

Plaintiff Will Larkins said, “I am concerned that this law will eviscerate any hope of healthy and important discussions about LGBTQ+ issues or historical events, which are already lacking in our schools. Because of the vague language of the law, closed-minded parents are emboldened to become vigilantes to force their beliefs upon other people’s children by suing the school district over anything they disagree with.”

And plaintiffs Jennifer and Matthew Cousins said the law will “prevent our two youngest children, rising first and third graders, from discussing their older non-binary sibling in the classroom for fear of their teacher or their school getting in trouble. The law also robs them of the opportunity of discussing their family like other non-LGBTQ children. It’s heartbreaking to know that my children may be bullied because this law paints our family as shameful. Every child deserves the right to celebrate their family in the form that it exists.”

Bacardi Jackson, interim deputy legal director for SPLC’s Children’s Rights Practice Group, said, “Children should not be the political fodder used to inflame hatred and bigotry for the sake of winning and holding onto power. But that’s exactly what this unconstitutional law seeks to do. The real lives and identities of all of our children and their families are not words on a page that can just be edited out, nor should they be. All of us, and our democracy, are irreparably harmed when people, and especially children, are relegated, made invisible and targeted for who they are or who they love. This law cannot stand.”

Simone Chriss, director of the Transgender Rights Initiative at Southern Legal Counsel, noted that schools in Florida were already “failing to provide a safe and affirming learning environment for LGBTQ students. But now, “As a result of HB 1557, the hard-won protections we’ve fought to put in place in Florida school districts to keep LGBTQ+ students safe — such as LGBTQ+ Critical Support Guides, anti-bullying policies, and inclusive materials — are being stripped away as schools move toward censorship to avoid expensive legal challenges by anti-LGBTQ+ parents.”

Angela Vigil, partner and executive director of pro bono at Baker McKenzie, said her firm “recognizes the severe harm that HB 1557 poses to youth and families in Florida,” and that the firm is “proud to be part of the legal team challenging this discriminatory law, giving these brave plaintiffs the opportunity to express the pain and fear it is causing them — and so many families throughout the state — in federal court.”

The lawsuit was filed in the U.S. District Court for the Middle District of Florida. Read the complaint here.