How drag queens are becoming the heroes of HIV prevention 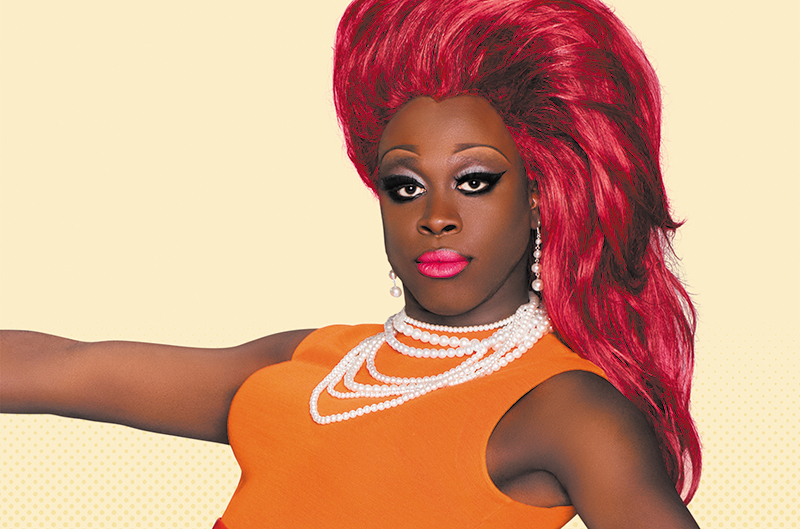 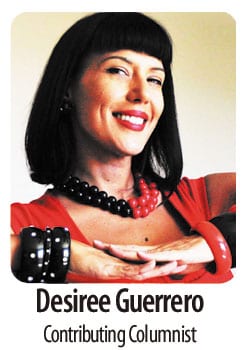 My love affair with drag queens goes way back. Since my childhood in the suburbs of East L.A. (an area noticeably lacking in glitz and glamour), I have been fascinated with these magical creatures. My first glimpses of queens were on daytime talk — which, in the pre-internet ’80s, was also my only window into “the real world” that existed beyond my ’hood. Geraldo would have the club kids on, and on The Jenny Jones Show and Ricki Lake, my beloved queens. (I made sure to scour the TV guide daily for such appearances.)

Part of my devotion is due to the fact that — aside from the pure fun, fantasy and escapism that drag queens have to offer — drag queens often bring hard-earned wisdom, strength, love, empathy and support, especially for the LGBTQ community.

And many queens have used their platforms for good, both literally and figuratively. These hardworking performers, most often gay men but sometimes trans women, are also often fierce activists speaking out on bullying and suicide prevention, transgender awareness, marriage equality, substance dependence and HIV awareness and prevention.

Of course when the ’90s hit, along with RuPaul and his 1993 album Supermodel of the World, my drag curiosity had become a full-blown obsession — and now I had a Queen Motha to worship. Of course, I’ve gone on to become a fan of RuPaul’s Drag Race (though I admit I feel a vague sense of resentment toward all you Johnny-come-lately fans).

One of the most amazing and powerful aspects of the show is its ability to bridge gaps that would not otherwise seem traversable. Not only have many estranged familial relationships been healed through the series, but it has also been instrumental in increasing HIV awareness among both queer and straight audiences.

Famously in season one, petite and bubbly queen Ongina (Ryan Palao) disclosed his poz status after winning a challenge in which contestants created their own HIV awareness PSA. Though in its fledging season on Logo, the show was not nearly to its current level of viewership, the moment was historic. Palao was one of the first people since Pedro Zamora (The Real World, season 3) to come out as HIV-positive on reality TV, and he helped reignite the conversation in the new millennium.

And that was just the beginning. Since June of last year, the show has started showing ads for Truvada, Gilead’s branded PrEP treatment, which features gay men and cis and trans women of color.

In case you haven’t heard, PrEP (pre-exposure prophylaxis) is a highly effective HIV prevention pill. If taken daily, Truvada can be up to 99 percent effective in preventing HIV transmission. With the show’s now-massive VH1 audience, this could easily become one of the most effective PrEP campaigns to date.

In addition, season eight winner, Bob the Drag Queen, has become a major PrEP ambassador. Shortly after taking the crown, Queen Bob (aka Christopher Caldwell) was quick to use his new national platform to increase PrEP awareness with an educational and entertaining video. “I have three goals: to give back to the community, [support the] children, and make people laugh,” he told The Advocate at the time. “Now that I’m America’s Next Drag Superstar… I’m not gonna stop being political.”

As effective as things like national ads and star-power are, sometimes our local queens are the ones bringing PrEP awareness to where it’s needed most — in the clubs.

Astoria, N.Y. queen Gilda Wabbit, who incorporates PrEP awareness into her live shows, told the The Advocate last summer that the stigma of the “Truvada whore” label is “real and damaging. It is sex-negative, cruel, and discourages safer-sex practices. I understand the fear … but my friends who [use PrEP] are tested more often and are more informed about their sexual health than any people I’ve met before.”

So the moral of the story? Listen to a drag queen. It just may save your life – or at least your health.

Desirée Guerrero is the associate editor of Plus magazine. This column is a project of Plus, Positively Aware, POZ, TheBody.com and Q Syndicate, the LGBT wire service. Visit their websites —HIVPlusMag.com, PositivelyAware.com, Poz.com and TheBody.com — for the latest updates on HIV/AIDS. For more information about the National AIDS Memorial Grove and the Pedro Zamora Young Leaders Scholarship, visit AidsMemorial.org.