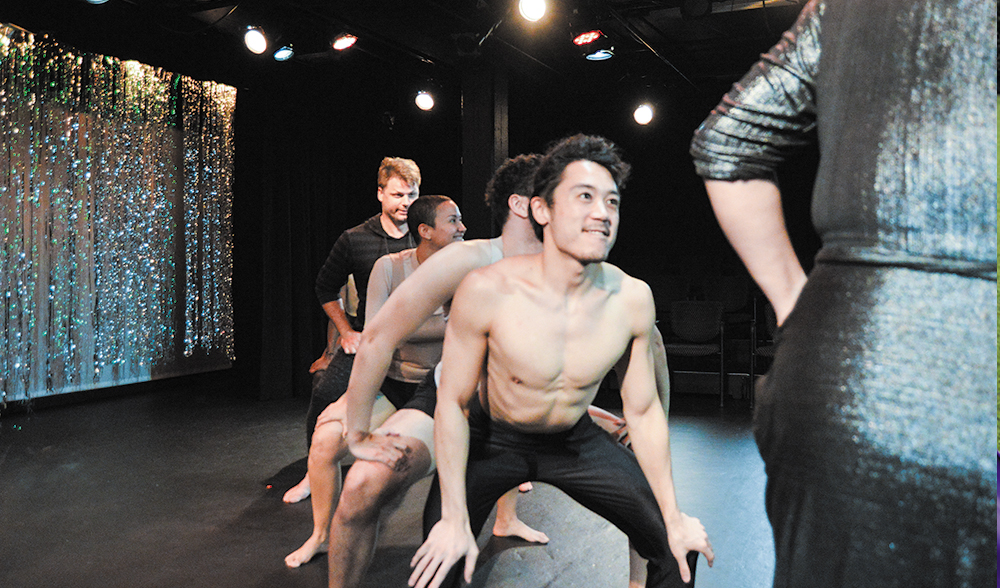 Queer people of color compete in a beauty pageant, one of eight plays at FIT.

The value of any festival is its smorgasbord sensibility — taste a little of this, sample a little of that, look over an array of the other. You never know if you’ll like something until you try it.

Now, as the Festival of Independent Theatres enters its third decade, we can appreciate the variety of creatives practicing their craft and their art. (Women, the adage goes, need a reason to have sex; men just need a place. Small theater companies are both.)

The buffet of offerings at FIT this year — at least the two (of eight) productions I saw opening weekend — show how filling and varied that menu is. The First Annual Gay Show wears its attitude like a rainbow wig at church. A devised piece featuring six performers, its plot orbits around a volatile premise:

A pageant for queer people of color, judged by Looks, Guts, Beauty, Talent and Queerness (or LGBTQ). The four contestants have an uphill battle — none, they concede, are considered avatars of mainstream beauty: A gay Asian man, a mixed-race genderfluid person, a black trans woman, a butch lesbian of color. All have led lives racked with self-doubt and external abuse; each has steadfastly persevered, because how can you not. And they have found a way to share these experiences in arresting moments of confessions, movement, comedy, irony — a vast burlesque that questions our collective understanding of each other. If it sounds touchy-feely, it is; but if it also sounds daring and interesting and illuminating, it is also that, as untraditional as the people in it.

More traditional, but no less insightful, is Nerve, a two-hander about a man (Matt Lyle) and woman (Kim Lyle) on an awkward first date. Every joke is scrutinized for political correctness; every admission a cudgel to be used to pick apart your adversar… I mean, “date’s” suitability for long-term partnership. It’s exaggerated and disastrous but also achingly accurate in its dissection of the mating ritual in modern society, gay or straight. Is he a stalker? Is she a psychopath? And even if the answer to both is “yes,” is that a dealbreaker? The Lyles (married in real life) are experienced comedians comfortable in the idiom of the absurd, and their energy sustained its 50 minutes of ups and downs. If the rest of the festival entrants are as tasty as these two, your appetite for theater will be satisfied like a Thursday in late November.