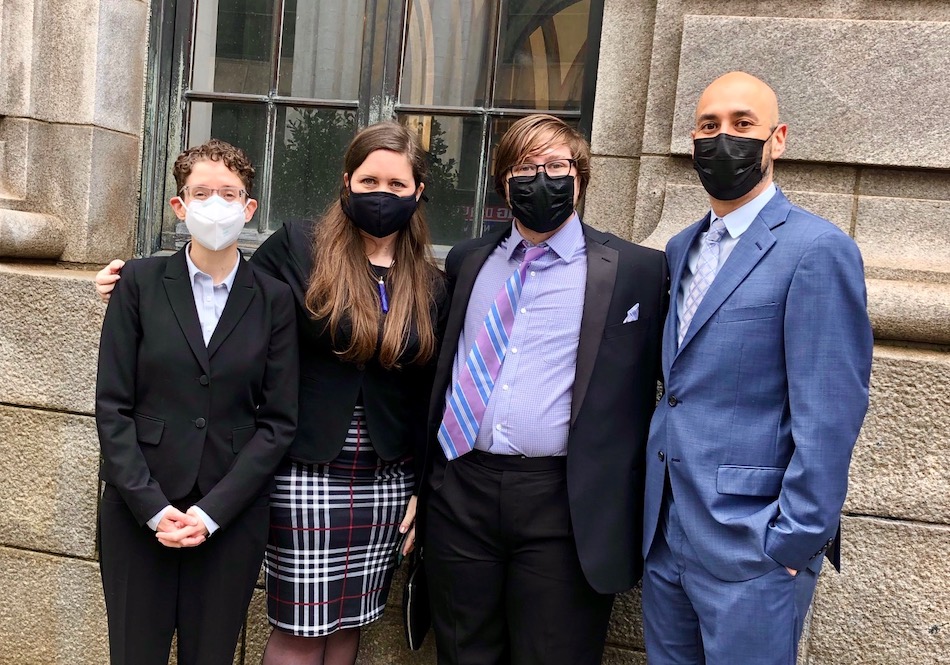 ATLANTA — Lambda Legal today urged the full panel of the U.S. Court of Appeals for the Eleventh Circuit to affirm a lower court ruling that required a Jacksonville, Florida-area school district to allow a male transgender student, Andrew Adams, to use the restroom that matches his gender.

“All students should be treated with respect and care in our schools. All I asked was to be treated the same as other boys and to be recognized for who I am, but the school discriminated against me simply because I am transgender,” said plaintiff Andrew Adams, now a college student. “I hope that this court sees this exclusion for what it is, discrimination, with painful consequences.”

Lambda Legal argued that the district court ruled correctly in finding that the school district’s policy to exclude transgender students from the restrooms that match their gender is unlawful because it discriminates based on sex in violation of the Equal Protection Clause of the Fourteenth Amendment and Title IX of the Education Amendments of 1972.

Lambda Legal filed the lawsuit on behalf of Adams in June 2017 in the U.S District Court for the Middle District of Florida.  Andrew Adams’ case was the country’s first trial involving a transgender student’s equal access to restrooms. In July 2018, the district court ordered St. Johns County School District to allow Adams to use the boys’ restroom at Nease High School, like all the other boys. The school district then appealed that ruling to the Eleventh Circuit.

In August 2020, and again in July 2021, a three-judge panel from the U.S. Court of Appeals for the Eleventh Circuit affirmed the lower court ruling. The full court subsequently vacated the rulings and agreed to hear the case before the full court.

Among the attorneys handling the case for Lambda Legal is Paul D. Castillo from the Dallas office.

— from a Lambda Legal press release