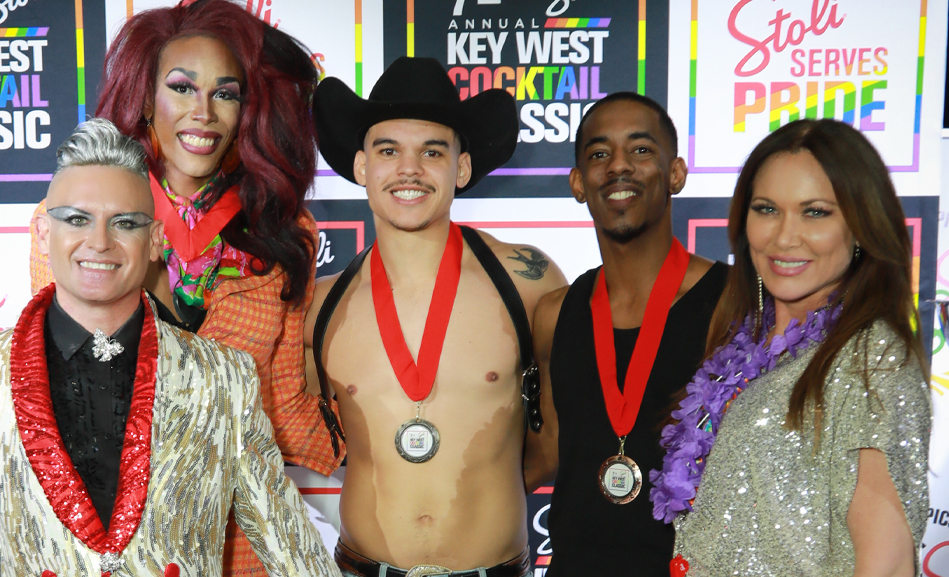 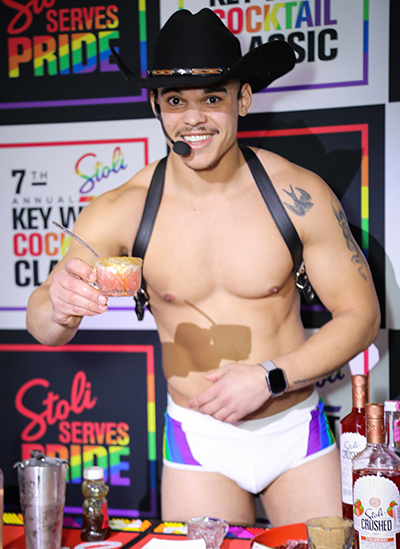 Cocktail Classic, and will represent Dallas in the 2020 Pride Week Finale of the annual bartending competition June 1-8 in Key West June 1-8 up to $15,000 for AIDS Interfaith Network.

The silver medal went to Rocky Ervin from S4, and bronze medal went to Ronnie Skyy Mikyles from Liquid Zoo. Ervin and Mikyles actually tied based on judges scores, and Ervin took second thanks to winning the tie-breaking extra point in the Bartender Basket Case Stolimpic Challenger earlier in the evening.

Each regional winner gets an eight-day trip to Key West for the finale, including round trip airfare, accommodations and a $575 expense stipend. The winner of the finale will geta $10,000 travel bank with HE Travel, North America’s oldest LGBTQ travel agency, to design their own dream vacation anywhere in the world, $15,000 for the hometown charity of their choice, the title of honorary grand marshal of the 2020 Key West Pride Parade and a hometown victory celebration and charity check presentation ceremony.

The second place finisher wins $5,000 for the hometown charity of their choice.

For more information about future competitions, visit out.com/keywestcocktailclassic or facebook.com/stolikeywest or email stolikeywest@gmail.com. All prizes are courtesy of the Key West Business Guild.