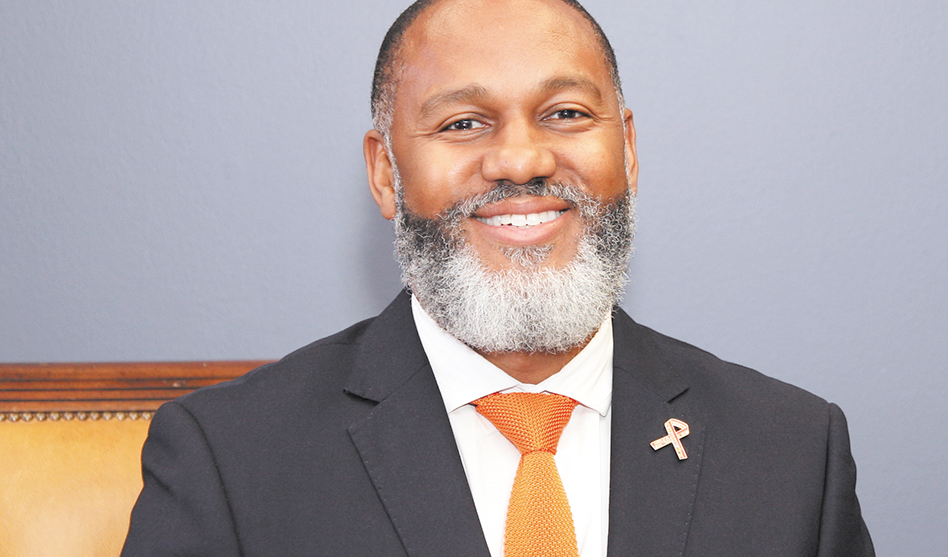 As a child, Traswell Livingston dealt with unstable housing at a very personal level. His family moved to Richardson to pursue the American dream, the one where, he said, “You put your kids in suburban schools and things would be good.” he said.

He grew up in a in a loving, caring and empathetic family, Livingston said — one where family members worked hard and went to church every Sunday.

But he also learned about foreclosure and utilities being turned off.

“I grew up in a community where I was different,” Livingston said. “I built a thick skin.”

So, he also learned about being bullied.

Last week, Livingston was named the new president and CEO of AIDS Services Dallas, the Dallas agency that provides housing for people living with HIV. While his predecessor, Don Maison, came to the organization as an attorney who had been fighting for the rights of the gay community and needs of people living with AIDS, Livingston grew up experiencing that housing insecurity himself. 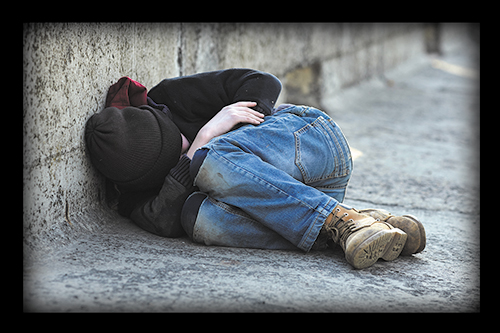 Before coming to work at ASD in 2011, Livingston was a case manager at Dallas Housing Authority. During his tenure at DHA, he worked on resettling people affected by the 1985 Walker settlement, in which seven African-American women sued Dallas, the housing authority and HUD, charging that blacks were segregated and assigned housing in poorer areas.

That, Livingston said, is still happening.

Livingston said he had known about ASD since at least 1998, when he inspected property for DHA because ASD received money from HUD and the city. What impressed him about the agency then was that while other housing agencies were dealing with vouchers, ASD was becoming financially stable thanks to the property it was developing.

When Maison retired late last year, he stepped down as the longest-serving CEO of an HIV/AIDS organization in the country. Last week, Livingston — who has been serving as interim CEO since Maison’s departure, and before that, was vice president and COO — became just the second CEO in the agency’s more than 30-year history.

Just before his departure, Maison oversaw the purchase of a property just up the street from Ewing House, ASD’s original Oak Cliff complex. Adding housing units fits in nicely with Livingston’s vision of the future for his agency.

Since November, Livingston said, they’ve been fundraising for the complete renovation of the new property. Plans have been drawn up, and work will be done in two phases. Once the city finishes its environmental review, asbestos remediation and lead paint removal should begin this fall. Then the existing buildings will be gutted and divided into eight efficiencies and four two-bedroom units.

The second phase includes adding a building that will have four more one-bedroom apartments.

The property will be for working people who are HIV-positive, need permanent affordable housing and no longer require intensive case management, transportation or food assistance.

Livingston said he thinks the new $2 million project will benefit more than just the people who will be living there.

“Residents can go from Hillcrest House to virally suppressed to having an income and living independently,” he said.

Hillcrest is where some new residents begin their routine of taking medication to suppress the virus and return to health. He said he hopes the new property will inspire residents and show a path back to independent living.

First, ASD took over the city’s Gateway program, adding 70 new permanent supportive beds to the agency’s roster. In addition, Livingston is waiting to hear about a grant for 10 more tenant-based units. With the new property being renovated, that adds about 100 beds.

Livingston said his plans are to continue to be a large housing provider. That includes senior living options, too.

When Ewing first opened, most units turned over several times a year because so many new residents lived just a few months after moving in. Now, some residents have been at ASD since HIV medications came on the market in the mid 1990s. Older residents are not just facing ailments that accompany aging, but side-effects from years of taking AIDS drugs, especially the earlier versions that were more toxic.

“I’m an energetic person,” Livingston said, and with an MBA in strategic leadership, he said, he hopes to improve on the synergy that’s already in place between ASD and other HIV agencies. Once his agency begins working on senior housing, he said he expects to link into other senior providers.

“Housing is a health indicator,” Livingston said, because keeping people in housing helps keep them healthy.

And as much as the neighborhood protested back in the late 1980s when Ewing House first opened, picketing the facility with “No AIDS housing” signs, the renovation of Ewing, Revlon and Hillcrest and the building Spencer have all increased the value of the North Oak Cliff neighborhood. And that’s increased tax revenue for the city and county over the past couple of decades.

Livingston said today land speculators are gobbling up property in the area waiting for the new deck park to open over I-35 at the Dallas Zoo, just a few blocks away.

Board Chair Dennis Kershner is thrilled with the selection of Livingston as new CEO. He said they were looking for someone to do more of what they were already doing.

“A Don Maison clone,” Kershner joked but then added, “Traswell’s a perfect fit.”

He said they originally thought they’d use a search firm to do a national search, but “That turned out to be astronomical” in price.

But the firm did some research and talked to employees, donors and residents and they recommended Livingston as a great choice.

“Go with Traswell,” Kershner said he recommended. “You’re wasting your money on me.”

Maison said that when Mike Anderson, his previous vice president and COO retired, he was looking for someone who could fill either that role or his own.

“We were looking for someone with a strong affordable housing background,” Maison said, “And Tras fit the bill.”

He said Livingston has his own management style, but it’s one that works.

“He’s plugged in, knows the community he’s serving and does it well,” Maison said.

Livingston said he learned a number of things from Maison that he’ll carry with him as he leads ASD into the future: Fight for the little guy; do what’s right.

He takes those lessons to heart, he said, and lives by those ideals.       █