It started with a hug 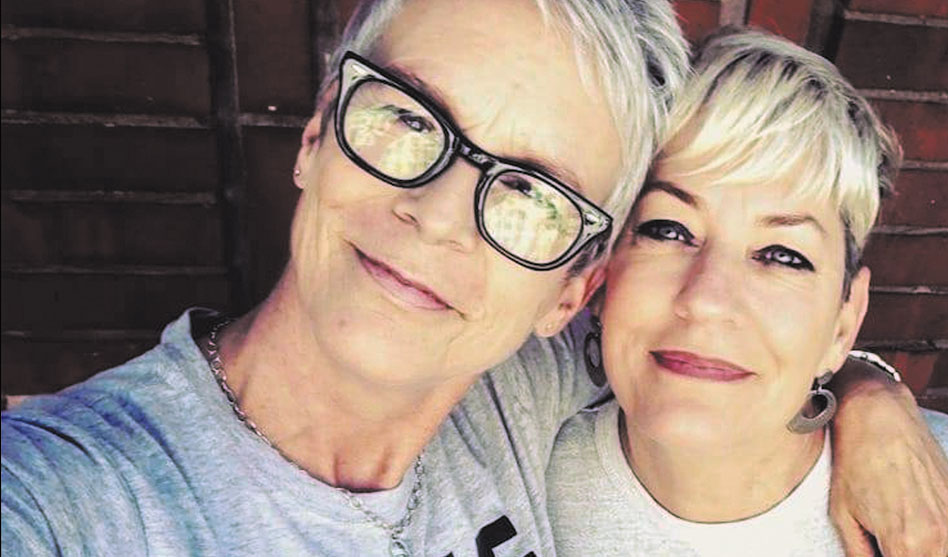 It really did all start with a hug. But not just any hug — a mom hug.
Sara Cunningham is the founder of Free Mom Hugs (FMH), which officially began as a non-profit organization in July of 2018. FMH’s mission is “to empower the world to celebrate the LGBTQIA+ community through visibility, education, and conversation. And yes, we still give hugs.”
It’s been quite the journey.
To put it in modern parlance, where she started: Cunningham wore a “free mom hugs” button to Oklahoma City Pride after finally, gratefully and joyfully honoring her son Parker’s coming out as a gay man.
Where she is now: Chapters of hugging moms all across the country; Jamie Lee Curtis making and starring in a film about her; speaking engagements; a book; a documentary; becoming a wedding officiant.
And that’s just the beginning.
I’ve had the honor of speaking to Cunningham on a number of occasions, including for a story for the New York Times. She is one of the most thoughtful, passionate, and downright delightful advocates I have had the pleasure of talking to. So, I was thrilled to have the chance to once again speak to her, this time for the Dallas Voice about Pride, about what’s in store and about the wild ride this all has been.
— Jenny Block

Dallas Voice: What does the word Pride mean to you? Sara Cunningham: I was taught to believe Pride meant you had a haughty spirit, and nobody wanted one of those. I was in my 40s when I first heard about this gay bar in New York City called the Stonewall Inn — yes, I lived under a rock — and learned about Marsha P. Johnson, Sylvia Rivera, Harvey Milk and Gilbert Baker.

I now know the importance of this history and that it must be told to our children over and over and over again so we can remember and never forget the cost of Pride, Pride month, the marches, the movements and the flag. As an ally, to show up at Pride is to support a community that no longer has to hide or be ashamed. As a mother I can see how it paved a way for my son. Side note: Parker’s birthday is in June; I’m so proud of him.

What surprises you most about this wild endeavor? What surprises me the most is that I’m still alive, still happily married and can’t wait to do it all over again tomorrow. In all seriousness, I’m most surprised and impressed with the resilience of the gay community after all these years of bullshit and the grace they extend to people like me.

What do you think surprises others most about it? That they didn’t think of Free Mom Hug first. And that it’s so easy.

You show up, offer a simple hug and surprise! You’re profoundly and forever changed. That’s what we at FMH call the “spark.”

I experienced my first “spark” in June of 2014 at the Oklahoma Pride Festival. It came in the form of a beautiful young girl. We made eye contact; I offered her a hug, and, as we embraced, she whispered in my ear “I haven’t had a hug from my mom in four years because I’m a lesbian.” That spark started a fire. 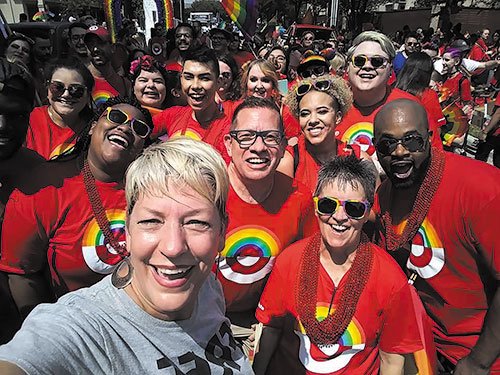 Can you tell us a little about the “lost SPAM files” and lost social media messages you have been posting about lately? Oh my God. I don’t even know how I stumbled upon them, but I found a SPAM folder in my Facebook private messages with hundreds of messages from people all over the world going as far back as from 2018! I’ve been going through and replying to each one, except those wanting to see my tits or condemning me to hell, of course. Some sing my praises; some want a signed book, and some ask how to find a FMH Chapter.

The ones getting my first and full attention are those that make my heart sink upon reading — precious people, though strangers to me, sharing from the most tender, intimate parts of their lives. Conversion therapy survivors. The mom living with the deepest regret of all —shaming her gay child to suicide. The 63-year-old lesbian who had a 12 month nervous breakdown when her one and only living relative, a sibling, refused to attend her wedding. And the most haunting to me, the 18-year-old gay Iranian fleeing for his life.

I’ve been — anonymously — sharing their stories, because I know stories matter.

What does Jamie Lee Curtis making your story into a film mean to you? The making of the film is special to me for two reasons. One — hello? Jamie Lee Curtis is making a movie about me! And two, most importantly, I know there’s a mom out there like me then who needs to hear from a mom like me now. 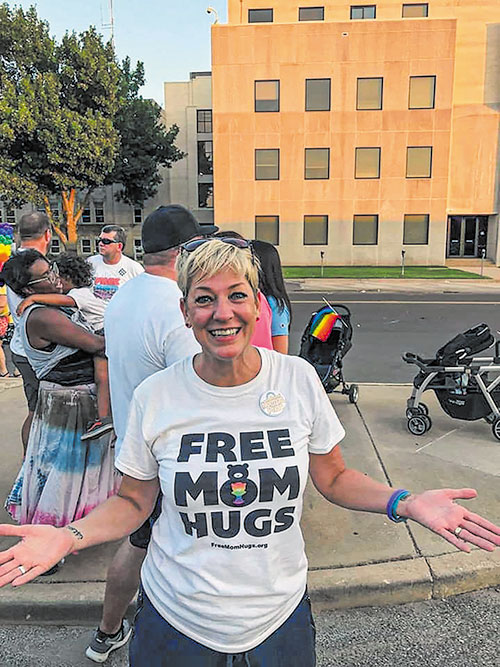 Even as the LGBTQ community is gaining traction in terms of visibility and equal rights, why is the work of FMH still so vital? Because same-sex marriage is legal in Oklahoma at the same time conversion therapy is still legal, sought out and paid for in Oklahoma. Because our Transgender friends are fighting for their lives. Because my gay son can be refused housing, healthcare and even refused service in a public space because of who he is.

What do you wish every parent who has rejected their children because they are LGBTQ knew?  I wish they could see what a gift their gay child is to the world.

What’s the most exciting thing coming up for FMH?  The Lifetime film; the Mama Bear Documentary; going international; equipping the chapters; the Free Mom Hugs Tour, and, if I told you the rest, I’d have to kill you.

What words of support can you offer to those who have been rejected by their families? Those who reject you don’t have eyes to see you shining there where you are. It gets better. Find and surround yourself with people who allow you to live your life just as you are. We’re here — a teacher, a fellow student, a Mama Bear. We will always be hopeful your family will come around, but if they don’t or until they do, we are your chosen family. We are celebrating you and cheering you on!

How can people help move the mission of FMH further?  If you can show up, go to FreeMomHugs.org and find and follow your state chapter’s Facebook page. That will keep you in the loop of everything happening where you are. As the country opens up, show up.

If you can pray for us and the community we serve, do that.

If you can give financially, go to FreeMomHugs.org and give what you can when you can.

We need and would be thrilled to have your support.