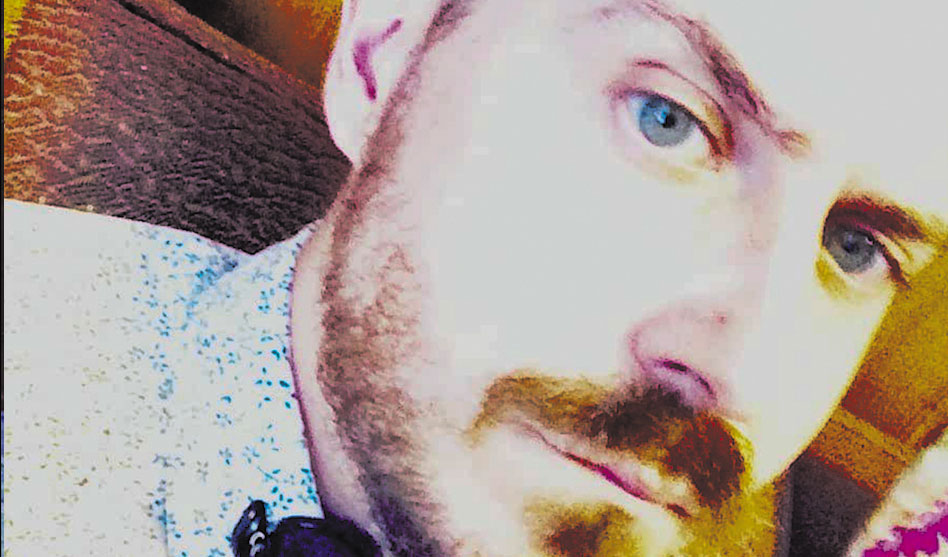 During the COVID-19 pandemic, the term “unsung hero” was tossed around a lot as average, yet extraordinary, people struggled to find alternative means of survival because the government failed to protect them. To a whole generation of gay men, this experience had an eerily familiar feeling.

If the late Ric Weiland (1953-2006) — a true unsung hero if ever there was one — were still alive, he would most likely agree. Weiland, an openly gay man who co-founded Microsoft along with Bill Gates and Paul Allen, still found a way to make a lasting impact on causes near and dear to him, including HIV/AIDS research and marriage equality, by leaving significant financial endowments to various LGBTQ organizations.

With his informative documentary Yes I Am: The Ric Weiland Story (World of Wonder), gay filmmaker Aaron Bear illuminates Weiland’s story, shining a well-deserved spotlight on a man who deserves the attention and accolades. Bear was kind enough to answer a few questions for us recently.

Dallas Voice: For some people, Ric Weiland’s name isn’t as familiar as his Microsoft cohorts Bill Gates and Paul Allen. Would you say that was what attracted you to telling his story in Yes I Am: The Ric Weiland Story? Aaron Bear: Much of Ric’s life was unknown, and that was on purpose and of his own choosing. He wanted to be someone behind the scenes making things happen. Being a filmmaker and someone who works behind the camera, I could relate to how Ric felt.

The deeper I dug into his life, it became clear that his life has paralleled a lot of my own. The film also touches on the subject of mental health and taking care of yourself. While making this film, I turned to working on my own mental health for the first time ever. I felt and continue to feel deeply connected to him on so many levels.

How much of your awareness of Ric was derived from your being a gay man living in Seattle? Seattle is undoubtedly a special place, but in regards to my awareness of Ric, I had only read headlines about him upon his passing in 2006. Years later, I was approached at the Seattle International Film Festival by Ric’s friend Michael Failla about perhaps making a film about his life. It wasn’t until I was deep into the research of this film that I realized what a significant impact he had on Seattle, marriage equality, AIDS/HIV research and the list goes on. Ric has inspired me to be a better human being.

Ric’s long-lasting contributions to LGBTQ philanthropy are truly revolutionary and central to his story. One of the doc interview subjects says that Ric was “so brilliant with code, he would write more, so he could make more money, so he could give it away.” How do you think Ric would feel about the ongoing impact of his endowments? Ric’s accomplishments are unsurpassed, and that is putting it mildly. Seriously, Google his name, and it’s astonishing of his achievements, and nobody knows who he was. Ric would feel quietly delighted of his impact from his ongoing endowments.

The doc is full of fascinating interview subjects, many of whom were friends of Ric’s including Bill Gates and LGBTQ activist Urvashi Vaid. When you approached people about being interviewed for the doc, did you meet any resistance, or was everyone willing to sing Ric’s praises before the camera? Everyone wanted to be a part of singing Ric’s praises. From Bill Gates to Urvashi. Zachary Quinto’s involvement came later after I contacted him and expressed what an impact Ric has had on me while making this film.

The only unfortunate and sad turn of events was that I never got to interview Paul Allen. We had a filming date, and he passed two weeks before that date. Paul and Ric were incredibly close, and I wish I would have been able to show the brotherly type of love they had for each other.

Fenton [Bailey] and Randy [Barbato] at World Of Wonder were heroes of mine since high school, so working with those two was a dream come true. I really did have the gay dream team working on this film with me.

You mentioned out actor Zachary Quinto who provides the voiceovers during the parts of the doc in which we are given access to some of Ric’s journal entries. What was it about Zachary that made him right for that? After finding Ric’s diaries, I knew I wanted an out gay actor to read as Ric’s voice. Someone who had seen some life, met some resistance along the way and knew the tone of Ric’s voice. I made a short list, and Zach was someone I’ve always been drawn to. In all of my dreams, I never would have thought he would say yes. Zach had the tone nailed from the beginning and was such a gentleman to work with.

You also incorporate animation in the doc. Why did you include that visual element? The animation was something I had in my brain and storyboarded from the get-go. Since there wasn’t a ton of material of Ric [no actual video interviews of him exist], I knew I was going to have to create some visuals that were compelling but also helped guide the story along. My associate producer introduced me to this incredible talent located here in Seattle named Neely Goniodsky. She understood the heart and heartache of Ric from our very first meeting.

Nearly 40 years into the HIV/AIDS epidemic, the subject continues to be presented onscreen, not only in Yes I Am, which deals with Ric’s seroconversion, but also in Russel T. Davies’ It’s A Sin.

Say something about the importance of not forgetting the ongoing AIDS all these years later? The history of HIV/AIDS should never be forgotten. Period. We have pills like Truvada that protect us these days, but history still remains and should be taught. I was able to show the film to a couple of late teens and early 20-somethings and they had no idea.

Some of the older folks I knew said there was “too much” about it. So, I found a balance with how much history I put in there. That said, Ric’s contributions to [fighting] this disease were and continue to be paramount. He was giving money for research when nobody else was.

What do you hope to achieve by increasing public awareness of both Ric Weiland’s life and death? I hope Yes I Am helps inform people about Ric’s life and accomplishments, yes. But I really hope that the viewer leaves with the essence of — death is not the end and your life achievements can make a serious impact on the entire world.

Your next project, the TV series There Is A Light That Never Goes Out, is the second upcoming release to feature the title of a song by The Smiths as its name, the first being Shoplifters of the World. Can you please say something about the influence of Morrissey and The Smiths on your work and life? Being a suburban gay teenager in the Midwest, pre-internet, was an incredibly isolating and lonely experience. Music back then was my absolute outlet and savior. I’m not sure how I would have survived that experience otherwise.

The Smiths, more specifically Morrissey’s voice and lyrics, truly spoke to the isolation and longing of that era in a way nobody had before. The way he sang about alienation and wanting someone to, “Take me anywhere, I don’t care, I don’t care…” was anthemic in wanting to escape from the oppression I found myself in and how I was willing to do anything possible to find my tribe outside that world.