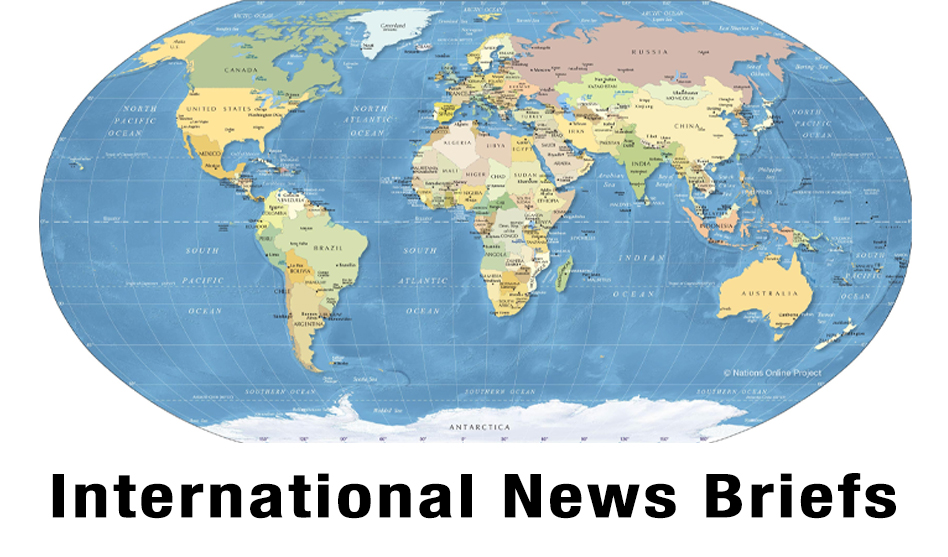 CHILE — President Sebastian Pinera announced in early June he would call for a same-sex marriage bill, which has been stalled for years by conservatives in Congress, to finally move forward. Pinera said all people should be able to “live, love and form a family.”

It was a gift during the month of Pride for LGBTQ activists who have long lobbied for marriage equality in the South American nation.

Civil unions for all have been legal in Chile since 2015, and discrimination based on sexual orientation and gender identity has been illegal since 2012. The Chilean Armed Forces allow gay, lesbian, bisexual and transgender soldiers to serve openly. Trans people for at least 14 years have been able to change their names and genders on legal documents. In 1974 gender reassignment surgery was approved by judicial process.

GHANA — A court in Ho has ruled that 21 LGBTQ activists held in jail for two weeks on charges of an unlawful assembly must remain in custody until a June 16 hearing. Police arrested the 16 women and five men at a hotel, alleging they advocated LGBTQ activities with literature with titles like “Coming Out” and “All About Trans.”

Homosexual acts are punishable by up to three years in prison in the West African Country, and activists have expressed concern about a crackdown recently. The oppression began after the country’s first LGBTQ center opened in February to widespread outrage from church groups and politicians.

Julia Selman Ayetey, a lawyer for the arrested activists, maintains that they did nothing wrong because promoting gay rights is not illegal, and that the workshop was about documenting and reporting human rights violations.

Ghana has not prosecuted anyone under the same-sex activity ban in years, but LGBTQ people face frequent discrimination and abuse, including blackmail and assaults. President Nana Akufo Addo vowed same-sex marriage would never be allowed in Ghana while he is in office.

INDIA — A judge in Madras in the state of Tamil Nadu has ordered state and federal officials to take steps to end discrimination against LGBTQ people. The ruling came in a case heard on Jan. 8 against police brought by a lesbian couple who alleged harassment. They complained that police officers harassed them during the investigation of their parents filing missing person reports on them.

The judge, Anand Venkatesh, recommended that police undergo sensitivity training. He also advised that therapists who try to cure homosexuality should lose their medical licenses, that schools and colleges should provide gender-neutral restrooms, that educators should explain LGBTQ issues to parents and that trans prisoners should be housed separately for their protection. Government officials were ordered to report back to judge on their progress.

The public health advocacy group SAATHII praised the ruling of the judge, who acknowledged he sought the counsel of psychologists about same-sex relationships because he considered himself unknowledgeable on the issue. Homosexuality was legalized in India in 2018 by the Supreme Court.

MEXICO — Resilientxs, an LGBTQ organization in the state of Quintana Roo, reported June 5 that a young HIV-positive man had died after being burned and stabbed in a blacksmith shop in the beach tourist town of Cancun. The victim reportedly was attacked after he told his assailants that he had tested positive for the virus.

The LGBTQ community reacted in fear and outrage over the attack, which occurred during Pride month, according to activists.

The murder will be investigated by the Office of the General Inspector in Cancun. Hate crimes are not part of Quintana Roo’s criminal code, despite lobbying by LGBTQ activists, who note 79 known murders of LGBT people, including 43 trans women, in 2020.

100-plus candidates in Mexican midterm election are LGBTQ

MEXICO — The midterm elections on June 6 in the predominantly Roman Catholic Latin American country featured 117 candidates identifying as LGBTQ —about 2 percent of the 6,000 candidates — according to an Instituto Nacional Electoral organization survey. The 21,000 local and national races included 15 governorships and all 500 seats in the lower house of Congress.

Candidates supporting President Andres Manuel Lopez Obrador’s policies appeared to win a narrow majority for the second half of his six-year term.

The INE organization adopted rules in January to require the nomination of candidates from vulnerable groups, including LGBTQ people. The outcome of the LGBTQ candidates’ races in unknown, but Mexican activists called the presence of so many candidates a victory in itself.

JAPAN — LGBTQ activists rallying outside of Tokyo’s Shibuya Station on June 6 called for an equality law to be enacted prior to the Olympics that begin in late July. About 100 people wearing rainbow facemasks carried signs in Japanese and English demanding “Equality Now,” “Legalize” and “Equality Now During the Current Parliament.”

Openly gay writer and activist Soshi Matsuoka said at the rally “the lives and dignity of sexual minorities will continue to be ignored if the legislation is scrapped.”

The country’s LGBTQ community is largely closeted because of a lack of legal protections. Japan does not legally recognize same-sex partnerships, and discrimination is widespread at schools, work and in homes.

The Olympic Community has issued a statement supporting inclusivity in sports. The equality bill has been discussed for years, but activists fear conservatives will stall the bill until Parliament ends June 16.

UNITED NATIONS — The U.N. General Assembly approved a declaration on June 8 calling for urgent action to conquer AIDS by 2030. The missive noted the COVID-19 epidemic had exacerbated inequalities of access to HIV medicines, treatments and diagnoses.

The declaration commits the assembly’s 193 member nations to implement the 18-page document, including reducing annual new HIV infections to under 370,000 and annual AIDS-related deaths to under 250,000 by 2025. It also calls for progress toward eliminating all forms of HIV-related stigma and discrimination and for urgent work toward an HIV vaccine and a cure for AIDS.

The assembly adopted the resolution at the opening session of a three-day high-level meeting on AIDS by a vote of 165-4, with Russia, Belarus, Syria and Nicaragua voting “no.” Russian amendments to the declaration proposed eliminating references to human rights violations and discriminatory laws were voted down.