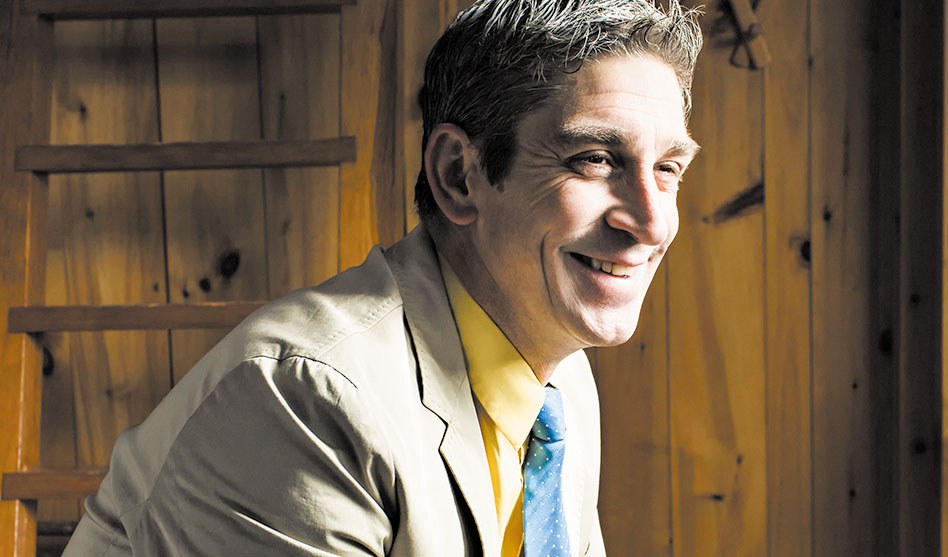 Gay poet Richard Blanco’s life has straddled many worlds, but his work always brings him home… wherever that may be

When Richard Blanco stepped onto the podium atop the Capitol steps on Jan. 20, 2013, to deliver a reading of his new poem “One Today,” he simultaneously stepped into the history books: Only the fifth inaugural poet ever, and the youngest, the first immigrant, first Latino and first openly gay one. And since then, it has been just one step after another. The inaugural experience threw him into the public consciousness like few poets have been since Robert Frost was a popular cultural figure. He has published several books of poetry since then as well as written poems commissioned specifically for several milestones in gay life: “One Pulse — One Poem” in honor of the victims of the Pulse nightclub massacre; and “Until We Could,” celebrating marriage equality nationwide.

For his scheduled (now canceled) appearance at the Dallas Museum of Art during National Poetry Month — April, which Eliot called “the cruelest month” — Blanco was to debut yet another original poem, one inspired by artwork contained in the collection of the new exhibition My|gration, acknowledging the immigrant experience. (Public events have been put on hold in light of COVID-19, which has impacted his reading; we spoke beforehand, while he was working on the poem.)

Blanco — conceived in Havana, born in Madrid, reared in Miami and now a resident of Maine — had just decided on the subject matter of his poem when we talked but had not yet begun to write it. But he shared his thoughts on the role of poetry in contemporary America, its musical roots and the one term that defines every poem he’s ever written. 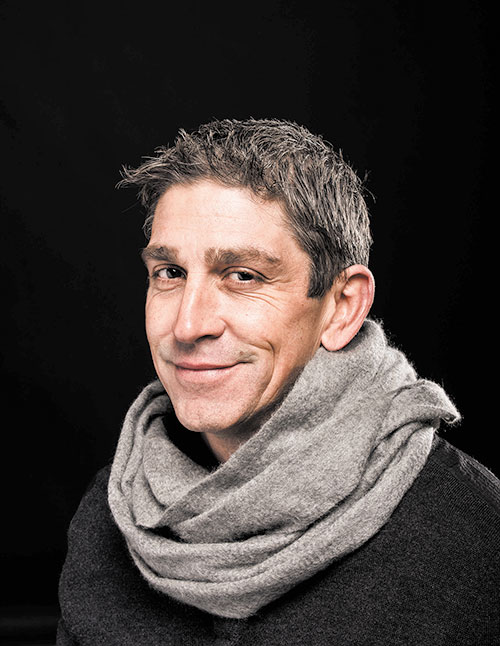 Dallas Voice: When you get a commission, especially one where you have to be essentially inspired by a particular topic or occasion, what is your approach to writing? Richard Blanco: Each one is a little bit different. I often get commissions for occasional poems — usually for nonprofits or in celebration of a cause, like freedom to marry. But I’ve also been commissioned by advertising agencies for artful kinds of ad campaigns, which I find amazing and phenomenal that they can incorporate poetry into that space. My last book actually has 12 poems based on photographs. So I’ve had a lot of practice [with commissions]!

Any poem based on a work of art is called an ekphrastic poem, and I find them fascinating to work on because it’s a different kind of prompt. My process is to think about it, breathe with it. [In the case of the DMA], I looked through all the pieces of the catalogue [before deciding what to write about]. And I decided not to write about a single piece but the larger story of immigration — to pick little elements from the various pieces. I was inspired, in part, by a pair of leather shoes made in Peru between 1,000 and 1,400, even though that doesn’t speak [to my immigration story personally]. I will speak more broadly about what this is about the constant patterns of migration, the struggles and dreams involved in all of that. I want to claim a lot of different pieces of [the immigration experience].

If you were commissioned to write a song, you’d probably write something that took about three minutes to perform, but a poem can be 17 syllables or a multivolume epic. How do you know when a poem is “done?” The interesting thing about an occasional poem is, you always have to find the parameters. That’s also the horrible part about [writing in] free verse — no one’s telling you the [rhyme scheme], or what it should include versus exclude. You can make the mistake of thinking the poem is just about the occasion, when you are a part of the occasion. Every poem is different — but is it a personal narrative? Can it be a first person plural poem? I’m thinking [for the DMA] about addressing the listener directly.  Poems are ultimately an expression of your feelings [and] making the audience care and feel what you’re feeling. At the end of the day it’s like music — if the poet isn’t feeling anything, the audience won’t. The poet is always the emotional guide who tells you how to feel with him. It has its DNA in music.

Interesting you say that, because Bob Dylan famously said he only became a musician because he wanted to make a living as a poet, and that was his “in.” I gotta say, I find it interesting that no American poet has ever won the Nobel Prize for Literature … except Bob Dylan! I’ve written the lyrics for a Gershwin orchestra piece called Cuban Overture [which really wasn’t meant to have lyrics]. But poetry has a tradition in music. What gets replaced is that your voice is the instrument. When someone is reading it [aloud], he can use inflections and hold a note like you would on a song. But slowly our access to music [on our phones especially] has replaced the desire poetry used to fulfill. Poetry has enjoyed the lesser limelight [compared to music]— it’s a matter of page versus stage. Access to [poetry] decreased.

So what is the role of a poet in modern American society? Like any other art form, poetry has gone through many stages; we got a little heady there for a little while [in the Renaissance]. We see how powerful that vein of the poet being the voice of the village’s conscience. There’s something about poetry… we understand without understanding. But we aren’t being taught how to appreciate poetry like we used to. If we have a bad experience with a poem, often as a kid, we say we “hate poetry.” But that’s like reading a bad book and saying you hate books! In other countries, [the people are more connected to poetry]. Also, more poems tend to have a lot more repetition and rhyme [in Spanish-language poetry]. And more poets get jailed! But all art forms — poetry, music — are related because they spring from a need to connect to another human being and serve different needs in our society.

It’s ironic, to me at least, that your training is in math and engineering, yet you write free verse. I’d expect you would have loved the discipline of meter. People think I’m kinda nuts, but I started writing because of engineering. I grew up in a working-class immigrant family — we had no books in the house, at least none that weren’t related to learning English as a second language. My first engineering job was, like, 50 percent writing — reports and letters and such. The success of the firm depended on winning a proposal, which you did by writing a compelling narrative, so I started geeking out on language. There’s more left-brain stuff going on in poetry that many people understand. It’s like problem-solving — the pieces of an emotional puzzle. But also, when I’m designing, say, a bridge, there’s a moment of flow where all the pieces are coming together. Everything isn’t siloed and separate; it’s the synthesis of knowledge and skills.

So the one-line summary of you is: Immigrant, Latino, gay — a trifecta of marginalized identities. Do you have a connection among those — or others — that inspire you more, propel your poetry? Even in poems about gay topics, you tend to include references to the Caribbean and/or Latino culture or terminology. I always say — though I may have stolen this from somebody — that every poet is rewriting one poem all their lives: that there’s one kind of centralized obsession that informs your entire body of work. For me that comes down to the word “home” — community, belonging, being marginalized, cultural identity and even sexuality. No matter what I’m writing about, it always comes back to those central pieces. It’s a mélange of things that are circling around that [idea]. You grow up with a longing for a sense of place where you can finally live your life without fear and supported by a community. That’s why [the Pulse nightclub massacre was so horrific, and inspired his poem “One Pulse — One Poem”]. As a gay man of my generation, gay clubs aren’t just a place to dance and pick up men but where you navigate your coming out process, where you learn the ropes. I’ve been married for 20 years, but I still go into clubs to check in once in a while.

There was a video made of your poem “Until We Could” that has some big Texas connections: It was co-directed by two Texas filmmakers, Yen Tan (who is gay) and David Lowery (who is straight). That’s awesome! It was a really interesting project. I knew it would be a film from the start, so the poem was really like a script for a short film. So as I wrote it, I imagined what it would look like as a film. But [the filmmakers] didn’t involve me in the creative process at all. I had something more artsy-fartsy in mind — black and white with Angelina Jolie and something ethereal! But I’m glad they did it their way — they knew their audience.