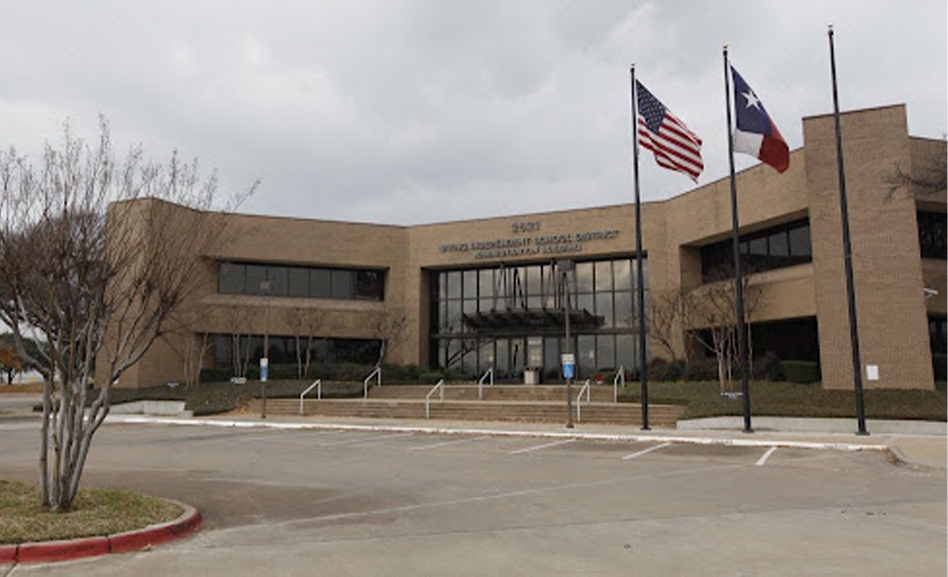 Hundreds of students, many of them carrying rainbow flags and wearing heart-shaped rainbow stickers on their faces and clothes, walked out of MacArthur High School in Irving Wednesday, Sept. 22, to protest what they said is discrimination targeting the school’s LGBTQ teachers and students, according to a report by CBS Channel 11 TV station.

The heart-shaped stickers, the TV station’s report explained, are “a symbol many teachers at the campus have used during the past year to signal their classrooms are a safe space for LGBTQ students.” But recently, the stickers suddenly disappeared, and teachers and students said they could tell the stickers had been deliberately removed from windows and doors. A laminated Safe Space poster was also removed from outside one classroom

English teacher Rachel Stonecipher —  who told Channel 11 she was “the only openly, very obviously … lesbian teacher,” who was the faculty sponsor for the school’s gay/straight alliance, and who, last week, was escorted off the campus without explanation — said she and several other teachers had signed an email to the principal, Natasha Stewart, asking for an explanation.

District officials responded with an unsigned statement — posted on the Irving ISD Twitter feed — saying the district’s campuses “are a safe zone for all students — not just our classrooms, but every inch of our schools.”

The statement, posted below, noted that there are nearly 33,000 students in Irving ISD “with a variety of thoughts, beliefs, perspectives and experiences,” and that the district “strive[s] to provide a welcoming and inclusive environment for every student, employee and family.”

“To ensure that all students feel safe regardless of background or identity, the district has developed guidelines to ensure that posters, banners and stickers placed in classrooms, hallways or offices are curriculum driven and neutral in viewpoint.”

The policy acknowledges that “educators have the right to “express their personal viewpoints on their personal time,” but says that the district has a policy against prohibiting teachers from “[using] the classroom to transmit personal beliefs regarding political or sectarian issues.”

The students who staged the walkout, however, say they are feeling anything but safe and included since the school’s crackdown.

In fact, some students speaking at a school board meeting earlier this week told trustees that several students had started getting “randomly” called into the office for what sophomore Alyssa Harbin called a “long, drawn out interrogation,” even though she had done nothing wrong. All of those called to the office, Harbin pointed out, had attended at least one GSA meeting, which made the questioning “feel extremely targeted.” 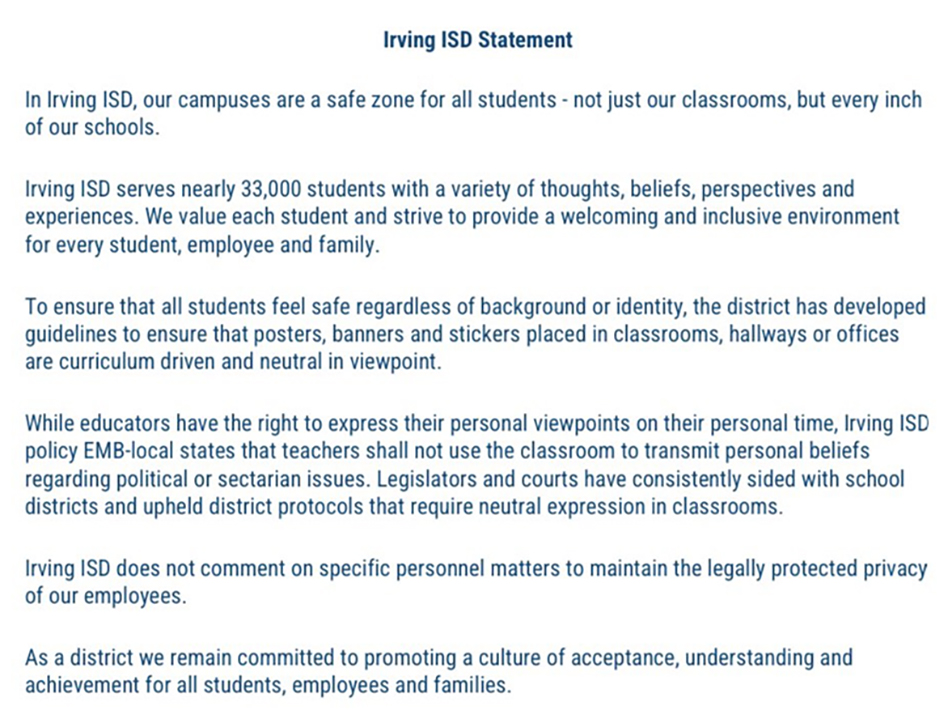