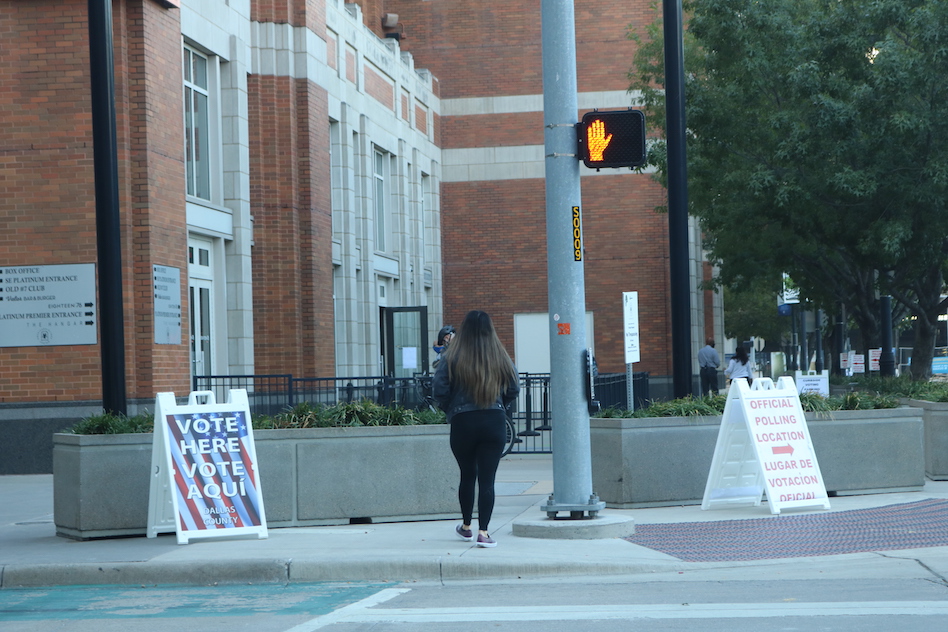 To vote at the American Airlines Center, enter at the northeast entrance across from the Lexus parking garage where you can park free. (David Taffet/Dallas Voice)

I don’t usually see the Rev. Erin Wyma before 8 a.m. And I rarely see Ron Allen that early in the morning either. But both were at the American Airlines Center to be among the first of more than a hundred people voting at Dallas’ new mega-voting center. The lines moved fast and everyone was socially distanced and masked.

While hundreds of people voted across the county within the first hour of early voting at any of the 60 early voting locations, Dallas County Elections was ready for a rush.

When there was a line at the American Airlines Center, it moved quickly as voters were directed to one of more than a dozen check-in stations. Check-in was done safely, with plexiglas separating poll workers from voters. ID is checked. Pick a ballot and take a stylus. Then volunteers direct voters to walk down the hall to the large bank of voting machines.

Choose any available, socially-distanced voting machine. Insert the paper ballot in the upper right slot. Each race comes up on a separate page. There’s no straight party voting in Texas anymore. That’s OK; there weren’t that many races on my ballot. Candidates come up in order of Republican first, Democrat second, independent third. And there’s a place for write-in on each page. So vote in a race then click the arrow to go to the next page.

When you’ve voted on the last race, a summary of your voting comes up. Review it, and if you’ve voted wrong in any race, use the stylus to uncheck that race and cast your correct choice.

Hit the complete button. The paper ballot prints and ejects. You can check your votes on the paper ballot. Then walk down the corridor to another machine. Insert the ballot face up. Your vote is recorded and you exit through a door back onto Houston Street.

Other early voting centers use the same procedure. They’re just not as massive as the voting operation going on at the Mavs’ home.

At the American Airlines Center, park free in the Lexus parking garage on Houston Street. No, you don’t have to have a Lexus. You don’t have to even like Lexus or want a Lexus. Just park there. It’s free. If anyone asks, just say you’re there to vote. Park anywhere in the garage. The ground level was pretty full at 8 a.m. this morning.

Before my friend Monica Roberts passed away suddenly last week, she wrote her last post on Facebook: “I can’t wait until Oct. 13,” she wrote. What was meant as excitement became an eerie prediction. She couldn’t wait. But the rest of us have waited, and it’s Oct. 13. At her Dallas memorial held in Reverchon Park last night, Carter Brown, founder of Black Trans Advocacy, called on everyone to vote in Monica’s memory.

OK, so I’ve used guilt to get you to vote. I’m telling you it’s a fun, safe adventure during the pandemic to get out and vote, especially at the AAC. It’s also your civic duty. Those First Amendment rights and Second Amendment rights come with responsibilities. One of those responsibilities is to get out and vote. Dallas County has never made voting easier, faster and safer than they have this year. I’m not telling you how to vote; I’m just telling you to get off your butt and get to the polls. 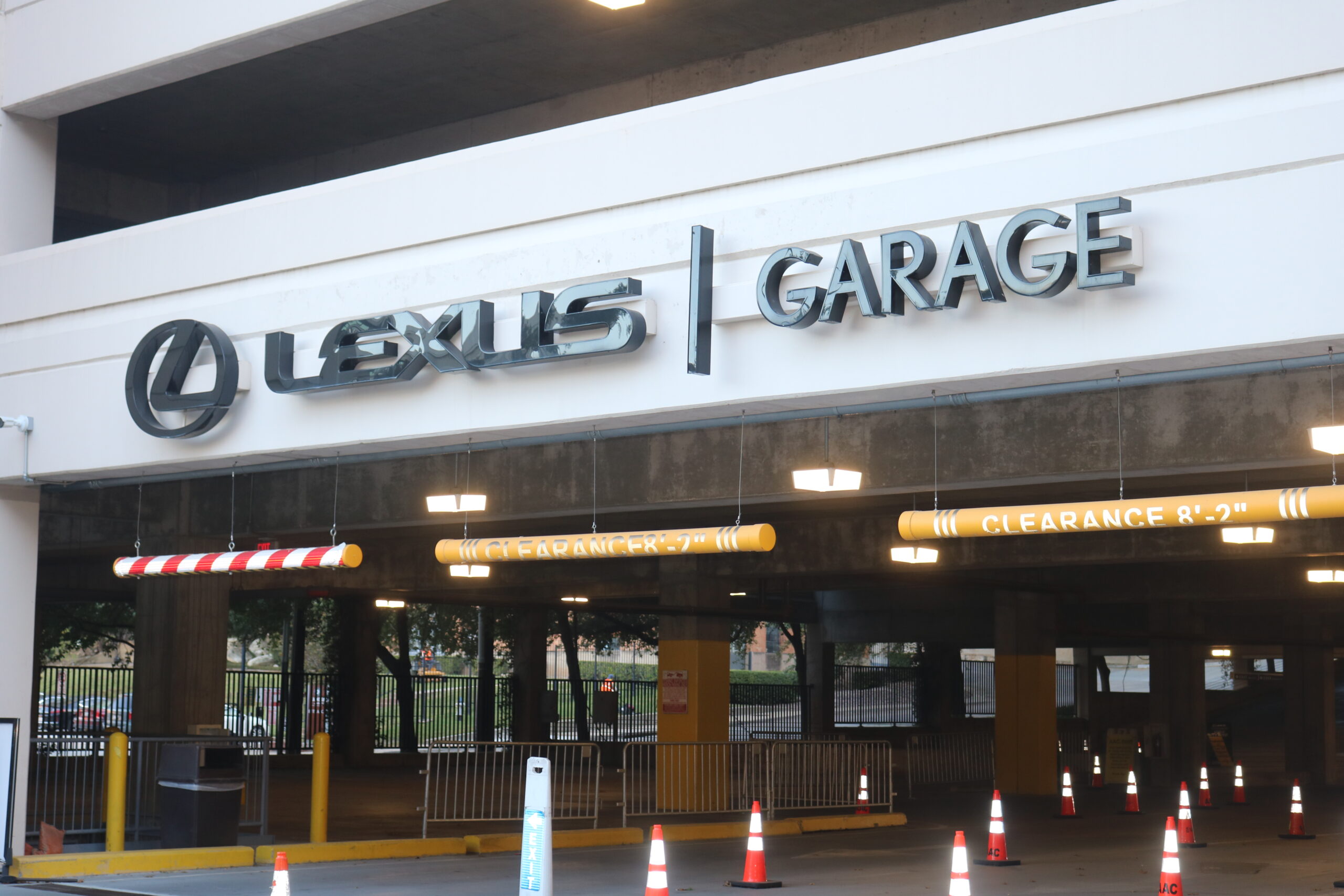 This is the Lexus parking garage on Houston Street where you can park free to vote at the American Airlines Center. (David Taffet/Dallas Voice)