Is Loryland official? It should be 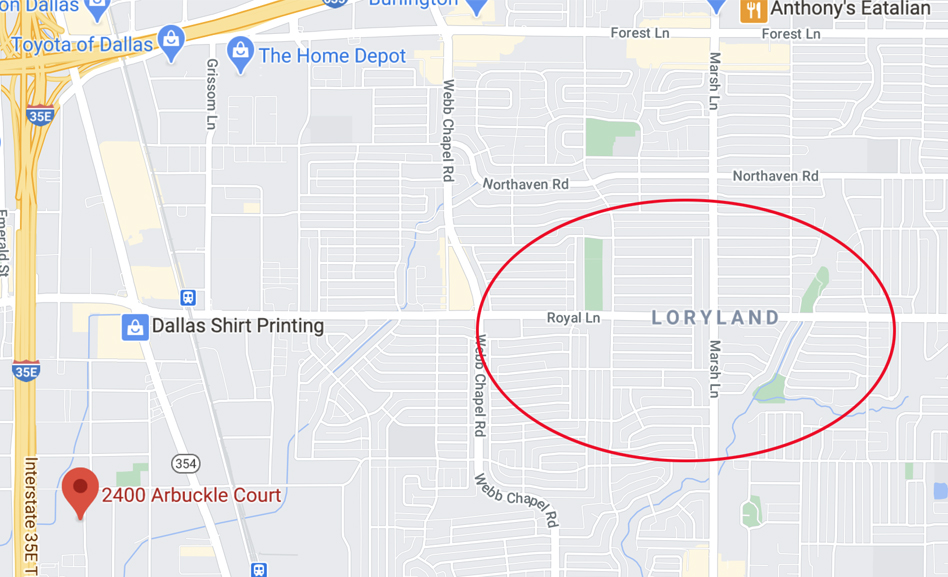 Loryland: That fabled queendom in Northwest Dallas, centered — more or less — around the intersection of Marsh Lane and Royal Lane, ruled over for years by Realtor Lory Masters. If you were LGBTQ, and you wanted to live in that upscale enclave, you went to Lory Masters to help you find your home. I mean, everyone knew that was Lory’s neighborhood!

“Loryland,” of course, was a kind of LGBTQ “inside” joke, one born out of the fact that Lory Masters didn’t just live in that Northwest Dallas neighborhood, she was the master (Get it? Hehe) at finding the perfect home for LGBTQ people looking to live there, too.

But today, as I was looking up an address on Google Maps, there it was! Right at the intersection of Marsh and Royal, in all caps — “LORYLAND.” It caught me by surprise. I grinned, and then I laughed. Then I shared it with my coworkers.

AND BY THE WAY, in case you didn’t already know, Queen Lory celebrates a birthday on Thursday, Oct. 15. Let the queendom of Loryland — and all the rest of us — rejoice! Happy birthday Lory Masters! And thanks for all you have done for our community.

UPDATE: Lory Masters says yes, indeed, that really is OUR Loryland on the Google Maps! And that is at it should be.