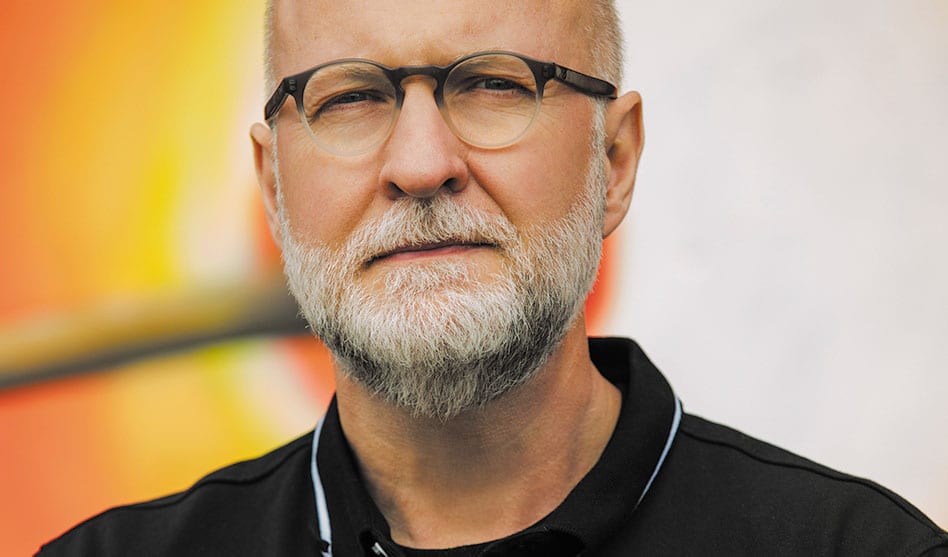 For fans of gay indie rock legend Bob Mould, whose solo albums have borne titles such as Black Sheets of Rain and Beauty & Ruin, the name of his latest, Sunshine Rock (Merge), might come as something of a surprise. But it’s a completely fitting moniker, especially since the sun rises in the names of four of the record’s songs. Sonically, the album is also more radiant, a deliberate shift on the part of the man also known for his previous bands Hüsker Dü and Sugar. But fear not, there is still plenty of loud, crackling guitar on Sunshine Rock.

Mould, whose tour brings him to North Texas for a set at the Granada Theater early next month (April 2), took time out to discuss his move to Germany, his global outlook and what fans can expect at his concert.

Dallas Voice: The sun plays a starring role on your new album Sunshine Rock, appearing in the title track, “Sunny Love Song,” “Camp Sunshine” and “Western Sunset.” Please say something about becoming a sun worshipper on this album. Bob Mould: [Laughs] I think that after a couple of albums in a row that were informed by a lot of darker, heavier incidents, it was a conscious effort to write to the brightness, to write to the light in whatever form it takes. The sun is the easy one because it keeps everything going forward for all of us.

The songs “Lost Faith” and “The Final Years” have what I would describe as a dance energy, despite the seriousness of the lyrics. What was the thinking behind that? Oddly enough, those were two of the final songs written for the album. They were both written in Berlin in February and March. That would be the global outlook on those, specifically. With “Lost Faith,” that was where the tempo landed. The same with “The Final Years.” Maybe those would lend themselves to the dance-floor because they have a little more room to breathe and tell the story. It’s interesting that you paired them up because they were born right next to each other in the same place.

Speaking of Berlin, you are dividing your time between there and San Francisco. Did you speak German before you moved to Berlin, and if not, how is your German now? [Laughs] Ich spreche eine bissen Deutsch. It’s very poor actually. My German is not good at all. I can read a little bit, and I can understand a little bit. I can speak a tiny bit, enough to get by. Fortunately for me, so many people in Berlin speak English. It’s not really a problem. The frustrating part for me, and I’ve got to work on this, is when I try to speak German, after a couple of sentences I get waved off [and they say], “No, let’s just speak English.” I’m like, “Oh! I’ll never get to practice! You’re going to make me go to immersion, aren’t you?”

Alison Chesley, who can be heard playing cello on “Western Sunset.” previously appeared on The Last Dog and Pony Show. She was in the bands Jason & Alison and Verbow with your longtime band member Jason Narducy, and you produced Verbow’s debut album and toured with them. How did this musical reunion on “Western Sunset” come about? A few weeks before me and Jason and Jon [Wurster] were going to start working on the record in Oakland, I woke up one morning and said, “This record needs strings. I need more melodies on this record.” I had a lot of place-holder melodies in my demos. I typically use cellos or Hammond organs for those kinds of things. I started building the melodies out to see what would happen. After days of sitting with those songs and adding a lot more parts to them, I had all these big string arrangements. I contacted Alison and sent her my very simple scores and she, being more of a master of sheet music than I, was able to get everything in shape. We had another arranger take a look at everything, and we got all of the scores super shiny and clean. The Prague TV Orchestra folks spent a day recording all of the strings alongside the basic tracks that we sent them. That’s where Alison came in. I had her come out to San Francisco at the end of the project to add some extra melodies to “Western Sunset.” She was a real key player in getting the string arrangements up to speed for the orchestra. Not only playing, but really helping with shining up all that stuff. 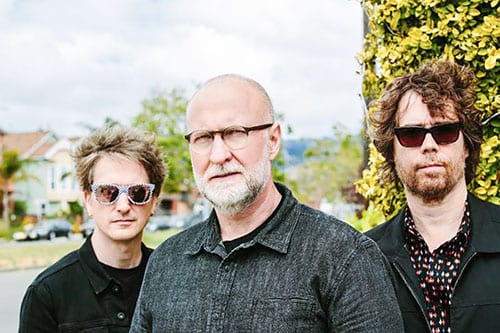 Sunshine Rock contains a cover of Shocking Blue’s “Send Me A Postcard.” After all these years, why did you choose to include a cover tune and why that song in particular? When the three of us [Bob, Jason and Jon] got together in Oakland for the week of basic tracks, we ended up finishing two days early. We knew that the second of those two days was going to involve a film documentary and photos and all of that. The first of the two free days, we were like, “What are we going to do?” We started looking through some covers of songs that we thought would be cool. That was one of the songs that showed up and we took a stab at it. We learned it in 10 minutes and recorded it pretty much right then. That was the first song that I sang any vocals on for the record. That’s the first take, first vocal for the record. It was really funny. I said, “Somebody get the words off the internet!” My favorite part of it, and it’s really key to the whole album, is that they handed me these words and I’m singing. You can hear the warm-up that I’m doing at the beginning to try to get my voice open. About half a second before the first verse starts, I hear the vocal line in my head and I’m like, “I can’t fucking sing this!” It’s not in my range. Three hundred milliseconds before the vocal starts, I have to conjure up a new vocal line on the spot and that’s what that is [laughs].

You have a long history of being one third of a trio — beginning with Husker Du, continuing with Sugar and with your current band line-up featuring Jason and Jon on your solo albums from Silver Age through Sunshine Rock. Can you please say something about that? I’m aware of it, but I guess I never tried to ascribe a meaning to it. That’s where I started in music, with a three-piece. I’ve always enjoyed the simplicity of it. Particularly in the live setting. When you only have one guitar, one bass and one drummer, as an audience member, you can clearly see what everyone is bringing to it. You can see the interaction. There’s just that little space in the middle of the stage where nothing physically exists, but sonically and emotionally, everything goes to that spot. That’s where so much stuff happens. Nobody’s there, but we are putting to that place and putting to the crowd. I think it’s a specific form of rock and popular music that not many people are doing anymore. It appeals to me because you get to see how people interact. For people who like that kind of music, this is what we do. If you like that, this is your kind of record, especially your kind of show. 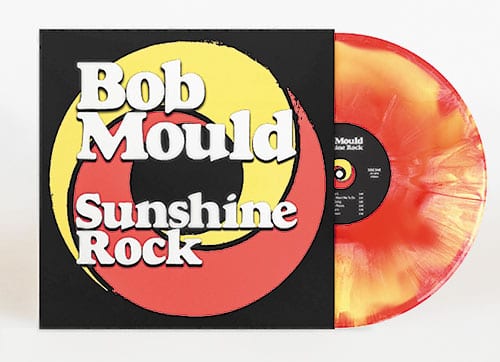 Sunshine Rock is your fourth album on Merge Records. Do you feel like you’ve found a home with the label? It’s been really fun. We’ve had a lot of mutual success off of this. Merge’s initial interest was the reissues of the Sugar albums. When I let them know I was working on a current record, the one that became Silver Age, they were interested when I played them something from it. They were serving nostalgia, but they accidentally walked into the future. It’s funny how that happens.

What can folks expect from your upcoming tour? Probably loud. Probably sweaty. Probably a lot of yelling and banging on instruments. It’ll go by in a blur. It could feel like three hours of sheer noise. It could seem like two hours of incredible joy. Maybe you have to cut out before the show’s over because the babysitter has to leave early [laughs]. It could be so many things. Because the three of us rarely get together — we live in different cities — to make records and make music is really special for us. I hope that that conveys to the audience. It means a lot to us and we try to enjoy the times that we have doing this.