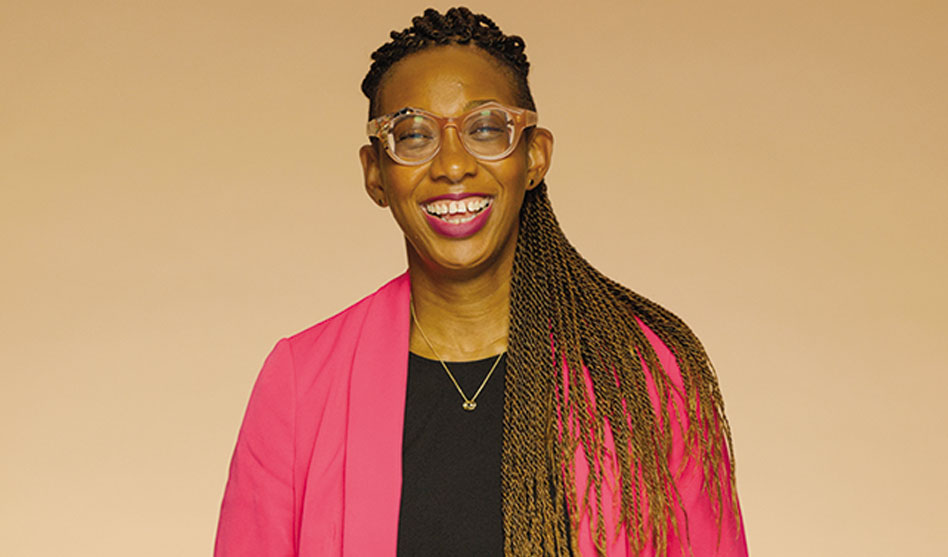 Kelley Robinson talks family, fighting back and the future

Kelley Robinson, the new president of the Human Rights Campaign, is the first Black queer woman to lead the organization. She’s also the mother of a toddler. Being a mom and wife is “the center of everything I do,” she told me in an interview about her family, her work and her vision for the future.

Before starting at HRC last November, Robinson was executive director of the Planned Parenthood Action Fund. She said her work at HRC is “deeply informed” by the reproductive rights world and a deep concern about racial and social justice.

On a personal note, she shared, “Strides in reproductive health and reproductive rights have been fundamentally important in building the family of my dreams.” She and her wife began their family via reciprocal in vitro fertilization, with her carrying her wife’s egg.

She noted her privilege here, though: Not only are reproductive rights being rolled back, she explained, but many people still face barriers to accessing health care and health insurance for reproductive health, gender-affirming care and more.

“I want to create a world where the next generation has more rights than we enjoy today and not less,” Robinson asserted. That goal is “more urgent than ever” in the face of current political and policy attacks, which are “more cruel and harmful than anything I’ve ever seen. The way they are attacking our kids, particularly our trans kids and folks of color, is vicious.”

Every parent — LGBTQ and not — that she’s spoken with, she said, is “concerned about building a world that’s safe for our kids, about ensuring that they can grow up to be kind humans who are treated with dignity and respect in every area of their lives. It’s that fundamental principle that is under attack right now.”

She pointed out examples including Texas Gov. Greg Abbott’s attempt to define parents as abusive if they support their kids with gender-affirming care; anti-LGBTQ bills in state legislatures across the country, and Florida’s “Don’t Say Gay or Trans” law, the passage of which was “coupled with a social media campaign led by very specific political actors” that resulted in a 400 percent increase in slurs like “groomer” and “pedophile” being used online to refer to LGBTQ people, per a 2022 HRC report. 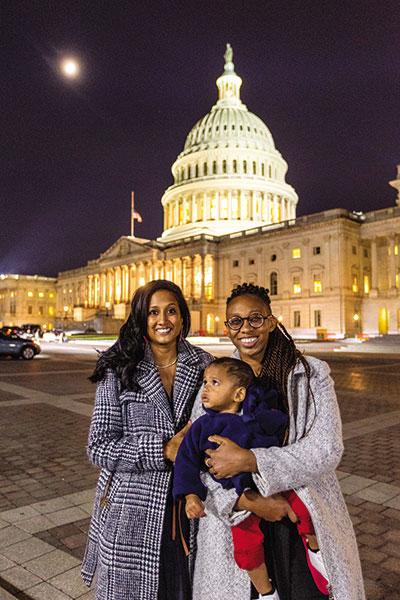 “This is literally killing our kids and our families,” Robinson said, noting the deadly shooting at Club Q in Colorado last November, as well as the recent death by suicide of Henry Berg-Brousseau, a young transgender member of HRC’s own staff.

While HRC is the country’s largest LGBTQ organization, Robinson said that working with other organizations is a key strategy, because “It’s going to take all of us to fight this fight. The resources that our opposition has are terrifying.”

The people attacking LGBTQ families are the same ones pushing anti-trans legislation, trying to ban books in schools and attacking voting rights, she said. She therefore wants to build “a broad progressive coalition that can fight back on all fronts,” starting in state legislative sessions and continuing by “holding these bad actors accountable for what they’re doing.”

Additionally, Robinson said, “HRC is uniquely able to work in a lot of different sectors of public life.” She noted the organization’s Corporate Equality Index, Municipal Equality Index and Healthcare Equality Index, which set standards “for what it means to be supportive of LGBTQ families and people,” and the HRC Foundation’s Welcoming Schools program, which offers “concrete resources” for “creating schools where every child can get the dignity and respect that they deserve.”

She explained, “So much of what shapes the lives of our people does happen in the political realm, but it’s also happening every day, in our schools, our workplaces, in every place that we’re out in public.”

Each of us can help, Robinson stressed, citing the adage that making change requires “your time, your talent, and your treasures.” She encouraged people to volunteer their time with local organizations, including local HRC steering committees.

“We’re about to enter a really challenging state legislative season,” she said. “Help us to fight back.” As for talents, “If you’ve got a skill, use it. If you like to chitchat on the phone, we’ve got phone banks. If you’re an expert community builder, we have digital organizing. If you work in a particular industry that could promote change, we’ve got tools and toolkits.”

Finally, she said, “This work takes resourcing, so to the extent that folks are able, donate and give.”

Despite the challenges, Robinson remains optimistic. “There are fundamentally more of us than our opposition,” she said. Although some people “feel like the system is so out of whack that our voices can’t really make a difference,” she noted that Democrats have retained control of the U.S. Senate “because people organized and we showed up and made our voices heard,” and that “even in a post-Roe world, people are fundamentally redefining healthcare to get people to care and care to people.”

And Biden administration officials like Assistant Secretary for Health Rachel Levine, Secretary of Transportation Pete Buttigieg and White House Press Secretary Karine Jean-Pierre are “people in positions of power who represent the LGBTQ community in ways that we have never seen.”

Robinson reflected, “For me to be able to sit next to my wife, a first-generation woman of Indian descent; to look at our son — our life was unimaginable a generation before.”

Change happened “because people kept showing up,” she said. “I feel like there’s a real opportunity for us to do that and create new possibilities for the next generation.”

Dana Rudolph is the founder and publisher of Mombian (mombian.com), a GLAAD Media Award-winning blog and resource directory, with a searchable database of 1000+ LGBTQ family books and more.