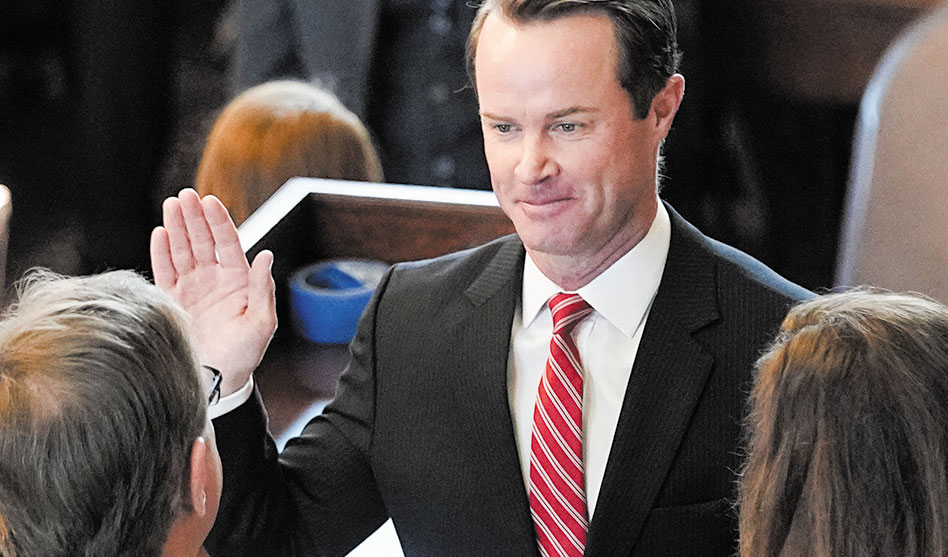 Rep. Dade Phelan is sworn in as speaker.

The Texas House of Representatives elected a speaker of the house on the first ballot on Tuesday, Jan. 10, on the opening day of the 2023 Legislature. What happened in Washington the previous week couldn’t have happened in Austin.

The rules make the difference.

In the Texas Legislature, first, members are nominated for speaker with a speech limited to three minutes. Then each nomination may be seconded with up to five seconding speeches.

Then a recorded vote is taken. If no one receives 50 percent in the first vote, the top two candidates go into a runoff, just as in Texas primaries and general elections, and the winner becomes the speaker of the Texas House.

Had the U.S. House of Representatives used those rules and the 20 Republican holdouts continued to withhold their votes from U.S. House Speaker Kevin McCarthy, Democratic Rep. Hakeem Jeffries would be speaker.

The process of choosing a speaker in the Texas Legislature doesn’t begin until after members are seated.

Rep. Dade Phelan, who served as speaker of the house in the previous session, and Tony Tinderholt, a right-wing representative from Tarrant County, were both nominated on Tuesday.

The nomination speech for Phelan emphasized his “integrity and honesty” and laid out his agenda of building roads, water infrastructure and jobs to accommodate population growth.

His bipartisanship at the end of the speech received a standing ovation.

The nomination speech for Tinderholt was contentious, beginning with an acknowledgment of accomplishments in the 2021 session under Phelan’s leadership and ending by criticizing Democrats for having the state in 2021 to break quorum and staff anti-choice legislation.

The speech received cheers in the chamber when mentioning “kids forced by parents to go through barbaric gender surgery” and “drag shows in public schools.” Tinderholt, the nominator pledged, “votes conservative biblical values.”

Two representatives seconded Tinderholt — one was a Tarrant County freshman and the other was Tinderholt himself, who promised to treat everyone the same. “I consider each and every one of you friends,” he said.

By the applause in the room for each side, the race appeared tight. But when the recorded vote was taken, Phelan won with 147 votes. The three votes for Tinderholt were his own, his nominator and his seconder.

In a ceremonial escort of the new speaker into the House chamber, 10 representatives are chosen for the honor. Among those selected was freshman LGBT Caucus member Christian Manuel.

In his acceptance speech, Phelan noted that the new House included a record 45 women, and he laid out his priorities of tax relief, healthcare at affordable prices, access to healthcare, criminal justice reform, exceptional schools and teachers, youth health and safety and stopping “rogue district attorneys.”

What wasn’t clear is if youth health and safety includes trans kids and their families and whether the rogue district attorneys refers to Dallas County’s John Creuzot, who isn’t prosecuting minor marijuana offenses, for example.