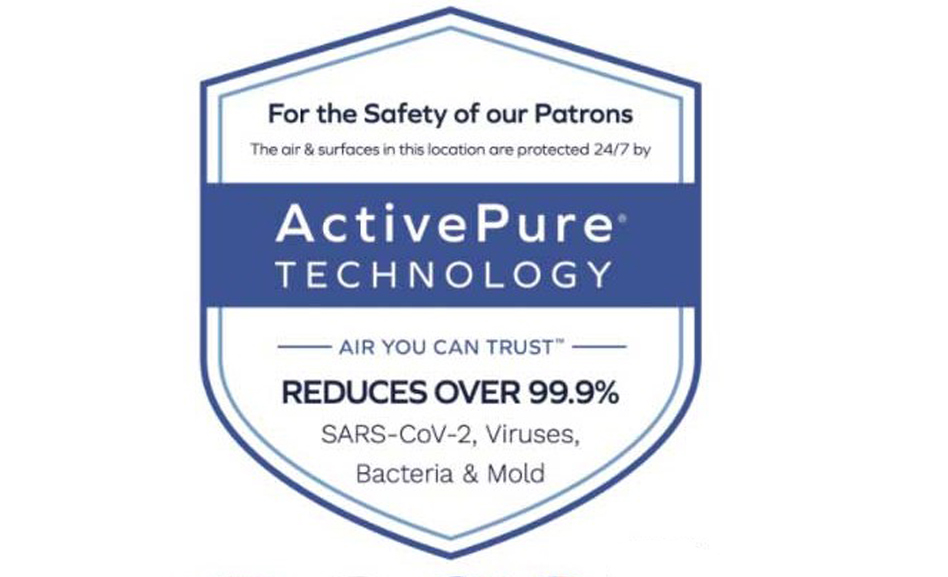 Harvey Meissner, president and general manager of The Hidden Door, announced this week that the bar has installed ActivePure Technology that, according to the manufacturer, eliminates more than 99.9 percent of the airborne virus that causes COVID 19.

“Over one million ActivePure systems are currently in use to help safeguard front-line workers in hospitals, such as the Cleveland Clinic, and in government buildings, including the Texas State Capitol,” Meissner said. “We installed over twice what we were told were necessary — three in the overhead air ducts, three stand-alones for the sides of the bar and one in each of the rest rooms.”

Meissner continued, “The manufacturer tells us that, unlike conventional, passive, filtration-based air purifiers, ActivePure works immediately and does not require capture or exposure time. It rapidly and continuously fills a room with virus-neutralizing particles that instantly break viruses down to their component parts, rendering them harmless. It also kills viruses on surfaces.

“We looked at a variety of equipment before choosing ActivePure. It’s been tested by highly-ranked labs, each of which got the same great results,” he added. “Giving our customers the best protection we found, along with the suggested vaccinations and common sense about masking, gives us confidence that the Hidden Door staff and our family of customers are as safe as we can make them.”

Even after adding the sophisticated air treatment, Meissner noted, the Hidden Door still requests that customers wear masks when not drinking inside the bar. “That’s what County Judge Clay Jenkins says will stop the spread,” he said. “We view masks as a minor, temporary inconvenience. … If they prevent even one case of COVID, it’s worth our efforts.”

Meissner said that masks are optional on the Hidden Door patio, “which is the largest in the Oak Lawn area.”