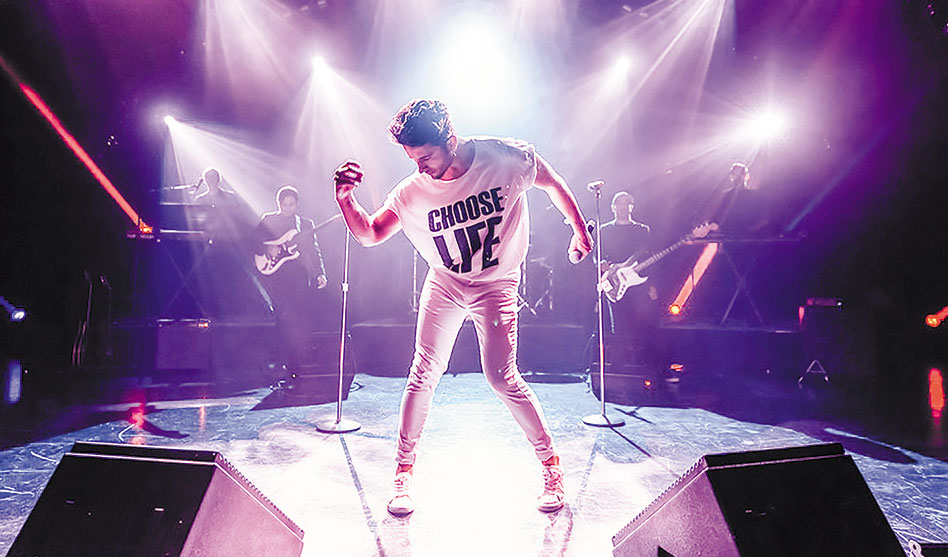 For a moment in time, there were random tales of folks seeing George Michael around Dallas. He lived here sometimes with his then-partner Kenny Goss. That connection to him may feel slight now, but performer Craig Winberry finds delight in the fact there is something here that ties the city and the singer together.

“His music connects globally, but having that Dallas connection will add another layer,” Winberry said by phone from Denver.

Winberry plays the singer in The Life and Music of George Michael, a new tribute show that comes to the Majestic Theatre on Saturday, Jan. 29.

In the show, Winberry plays Michael in his solo years, delivering many of Michael’s biggest hits in concert format while also sharing stories about the singer.

Winberry grew up a fan of Michael and was influenced by his music and MTV era videos. “He just stood out to me and had the most impact,” he said. “For me, as an artist, [Michael] sang and wrote and produced everything, but he was also really sharing himself. It was the real deal.”

Winberry said he noticed a singer sharing parts of his life through his music but also someone who wanted to have a good time. To him that’s what connected the singer to his fans.

“He was taking parts of his life and putting that into his music to share with his audiences,” he said.

The Life and Music of George Michael has been on tour throughout the country and is described as an immersive concert-style show about the singer. Winberry shares the stage with Rory Phelan, who portrays Michael in his early years, most notably in Wham! Then Winberry takes over, which he says is quite a moment in the show.

“The response is so awesome, and it’s sort of this handoff from Rory to me,” he said. “Obviously we’re transitioning into George’s solo career and close with a big fun encore.” 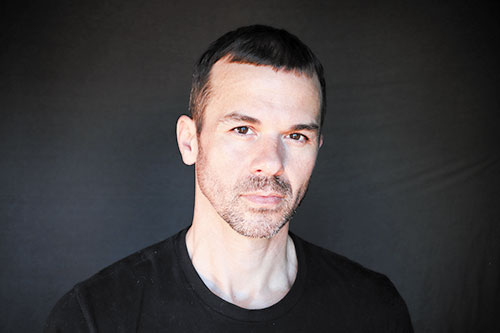 So how does one become George Michael?

First, Winberry came across the audition notice in New York, just like he did with every other audition notice. But he felt he had somewhat of an arsenal that would give edge in this audition: Michael had influenced Winberry strongly enough that Winberry would often perform Michael’s music as a club singer in New York.

“When I saw this, I thought I could be a good candidate,” Winberry said. “He influenced my vocalizations, and some people have told me I sound like him and can look like him.”

So, he stood in the audition line, submitted his tapes, and then they reached out.

For a New York actor at this time, the role is a gift.

“I had written up a show, and we were putting it up in New York, and great things were happening — until COVID,” Winberry said. “So having this right now, it’s truly been a godsend.”

But it’s not like he can just go onstage and be a character; Winberry has to be the George Michael.

“These are big shoes to fill, and approaching the show, I really wanted to honor him,” Winberry said. “I wanted to keep true to the original tracks and really share his story through these songs.”
Winberry’s favorite song to perform is “Jesus to a Child.” The song was written in tribute to Michael’s lover,

As the tour goes on, Winberry sees that queer-audiences are coming to the show perhaps to have one more experience with the singer. But for Winberry himself, Michael’s influence is deeper than music.

“Me personally, I’m standing on his shoulders as a singer and a person. I think there is a gay audience that comes to the show that understands this. They remember his music and how it affected them in many ways,” he said.

After his death, Michael was discovered to have been quietly charitable, and part of the legacy of this show upholds that. Winberry explained that a dollar from every ticket sold goes to the New York-based charity God’s Love We Deliver, which helps those living with HIV/AIDS, cancer and other serious illnesses by preparing and delivering nutritious meals to people who are unable to provide or prepare meals for themselves.

Winberry assured that fans won’t be disappointed and that all the big hits are there. As for any surprises in the show, he said there are some tracks that may be unexpected and others where those first notes hit and the audience roars.

“People just lose it when that song comes on in the second act,” he said. “This is an opportunity for his fans to come out and have a good time. The audiences so far are always on their feet.” █

For more information or to purchase tickets, visit thelifeandmusicofgm.com.