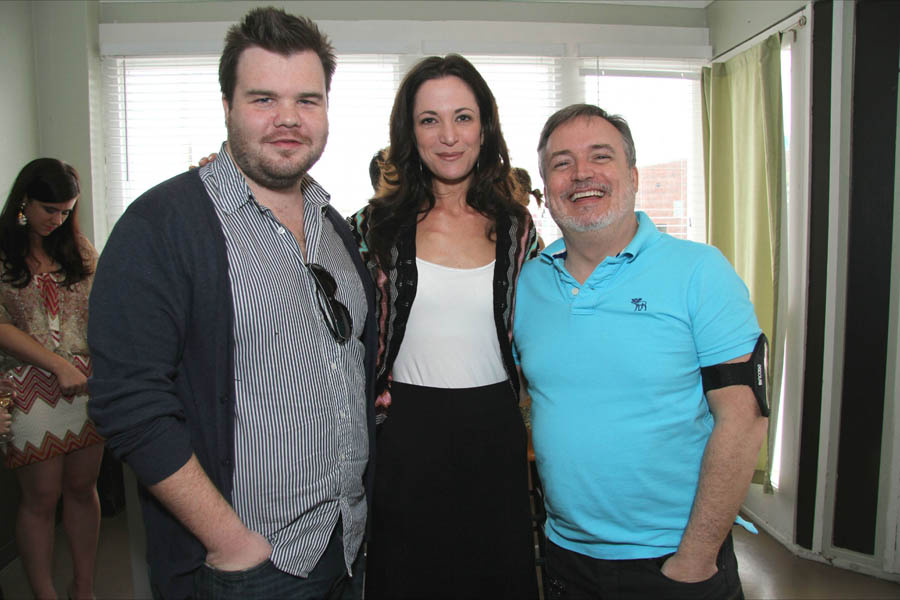 I first met Ash Christian at the Library Bar inside the Melrose Hotel. There were several of us, and we all ordered cocktails, including Ash. “I’ll need to see an ID,” the waitress said. Ash glanced down. “Just a Diet Coke, then,” he probably said.

That was when it first occurred to me that despite his height and self-possession, Ash was still just a kid… and one who was doing things. We met because he was making his movie debut as actor, writer and director of a Texas-shot film called Fat Girls, and the location he had scouted, and secured, for shooting in Waxahachie fell through at the last minute when local officials learned it was a “gay” film. Making a movie before you could legally drink is one thing; braving public outcry talking to the media is another. He was fearless.

He showed commitment like that throughout his entire career which, sadly, ended prematurely. Last night, reports from multiple online sources and social media accounts began pouring out that Ash Christian, age 35, had died in his sleep while in Puerto Vallarta. No further details are available at this time.

Ash achieved so much in his time, directing and, in recent years, mostly producing some remarkable “gay films,” from goofy low-budget indies to some high-powered and sophisticated low-budget indies. His second film, Mangus! (also shot in North Texas; he kept coming back to his native state), boasted appearances by icons such as John Waters (as Jesus!), Jennifer Coolidge and Heather Matarazzo; his third, Petunia, starred Michael Urie, Oscar winner Christine Lahti and Thora Birch. He produced two comedies with drag queen Bianca Del Rio, Hurricane Bianca and its sequel, Hurricane Bianca: From Russia with Hate. One of his most acclaimed films, the SXSW breakout darling 1985 from Texas writer-director Yen Tan, starred Oscar nominee Virginia Madsen, Emmy winner Michael Chiklis and Cory Michael Smith. In between these efforts, he also managed to win a Daytime Emmy Award for producing a short film, and played the last-ever “first act criminal” arrested on the record-setting drama series Law & Order in its finale.

But all of these accomplishments clearly miss the point for those of us who knew him. The one term everyone would share about Ash is “nice.” Or “kind.” Or “honest.” Or “genuine.” He was one of the sweetest guys you’d ever meet in an industry not famous for sweetness.

I am one of those who numbered him among my friends. We would get together often whenever he was around and not too busy (he was always busy; his IMDB page lists seven projects he was producing currently in post-production). We hung out after the premiere of 1985 at SXSW; we had burgers together at Cedar Springs Tap House; and the last time I saw him in person, about a year ago, we went to JR.’s, and then walked across to Woody’s, and had a drink. He was old enough then. We laughed and smiled about it. I’ll miss that smile.