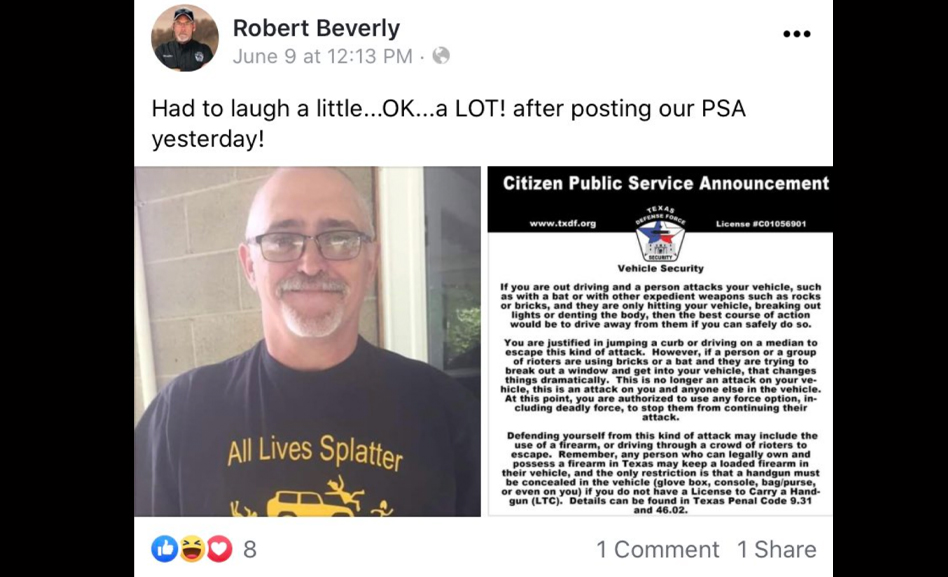 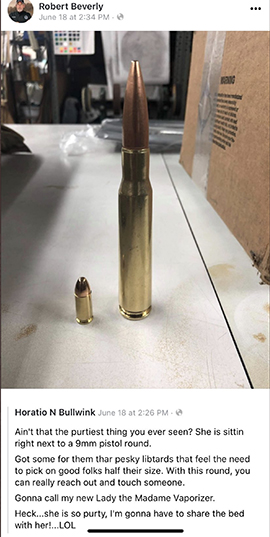 According to a thread posted earlier today (Saturday, Aug. 15), on Twitter by Sunny South Dallas AFA (@PegasusAFA), the “Oak Lawn” gateway signs installed Thursday on Cedar Springs were installed by a city contractor with right-wing militia connections and a history of racist and anti-LGBTQ posts on social media. The man, Robert Beverly of Arlington, is “commander of a militia group called the Texas Defense Force. There’s a significant grift locally of people like this that make money teaching conceal/carry and military tactics to suburbanites and frightened boomers,” the Sunny South Dallas Twitter account posted.

Dallas Voice has contacted LGBTQ Dallas Mayor Pro Tem Adam Medrano  and LGBTQ Dallas City Councilman Omar Narvaez about the posts. Both men said they had been made aware of the situation, and Medrano said he has already forwarded the information to Dallas City Manager T.C. Broadnax to “see what can be done [to] if not this time, red flag them for future work in the city.” Dallas Voice will be following up with the council members and other city officials.

The Sunny South Dallas AFA thread includes screen caps of several of Beverly’s social media posts espousing violence and denigrating Black Lives Matter protesters, LGBTQ people and others. The posts include a photo of a large caliber ammunition round sitting on end next to a much smaller 9-mm pistol round, with a caption saying, “Got some for them thar pesky libtards that feel the need to pick on good folks half their size. With this round, you can really reach out and touch someone. Gonna call my new Lady the Madame Vaporizer.” Another posts shows Beverly wearing a shirt showing stick figure people being run over by a car with the slogan “All lives splatter,” and in another he, in essence, threatens violence if Trump is defeated in the Nov. 3 election.

The thread also includes photos of a man identified as Beverly working on the Oak Lawn gateway sign at the Legacy of Love monument on Thursday.

You can see these posts and more at the Sunny South Dallas AFA Twitter thread here.