From the bars to the boardrooms and beyond — 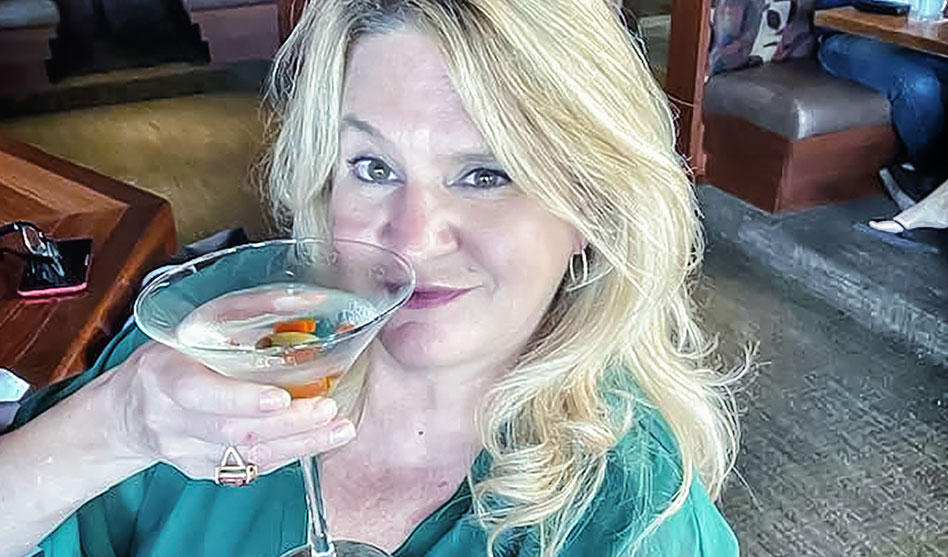 Dee Pennington rose through the ranks at her job from teller to CEO, all the while making her mark as a volunteer and advocate in the LGBTQ community

Dee Pennington has come a long way from her first time at a gay bar, when she was shocked to discover that women could actually be gay, to today as she is gearing to step back into the world of work and the world of activism. And she has made an indelible impression on so many of the people she has met along the way.

So what better time than our BIG September Issue for Dallas Voice to catch up with this woman with a smile, a personality, drive, charisma and … hair … as big Texas!

Dallas Voice: Tell me about when you first began to realize you were a lesbian and about when and how you came out. Dee Pennington: It’s a long story that spanned 10 years. One night, I went to a gay bar with my husband and another couple and our gay guy friend to see Kandy Delight in a drag show. I went up to the bar, and this very attractive woman asked, “What can I get you to drink baby?” I was gobsmacked!
The next day, I asked my friend, “Why was that woman working at a gay bar?” He told me because she was gay. I exclaimed, “Women are gay????” I couldn’t believe it!

Fast-forward 10 years and two husbands later, my path crossed with this very same woman and voila, I fell madly in love and came out — sort of. I was about 33 before I could acknowledge to myself that I was a lesbian. It was very difficult for me, and I hurt people who loved me in the process by my dishonesty.

I have a high school diploma, but that’s it as far as my education went. I was given great opportunities by my predecessor, but I had to prove myself and do the work. I earned it, but I was also greatly supported by many people who had much trust and faith in me.

Our country and our community were engulfed by the AIDS epidemic. That’s how and why I started my activism. It HAD to happen at the grassroots level since no one else was helping. It fell on individual volunteers — men and women — to come together and raise the money and the awareness, to fight for the education and the legislation.

We all did it working full-time jobs and then going to work at our volunteer FULL-time jobs. If the day ended in a Y, we were at a community meeting.

But there were, thank goodness, already many who had started the movement in its infancy, who were working so tirelessly. I got to meet and serve with several of our community activists. Those are the ones to be admired and acknowledged.

Was there ever a time when you felt like the demands of your job clashed with involvement in the community and your activism? If so, how did you resolve that? It clashed in the sense it was so time consuming and stressful — and also challenging on relationships, as it took time away from home for sure.

I know that you were out at work, although not necessarily “flamboyantly out,” for lack of a better way to say it. Do you feel like it was important to be out at work? Do you feel like you helped pave the way for LGBTQ folks — especially women — to be out in the corporate world? Actually, I was never out out at work. When I agreed to do this article, I knew this would be — and should be — a question. I have tremendous regret and shame that I was not brave enough to be who I was completely. There are many reasons for it — some genuine, some lame.

For brevity sakes, the top three challenges I faced were, number one, that my father was a Baptist preacher; number two, I had terrible fear I would lose my job (very legitimate fear for many years in our country), and number three, having to try harder since I was a woman in an extremely conservative, male-dominated environment. I didn’t want to have to fight the lesbian label along with the woman label.

Even after things started progressing with our rights. I stayed mostly in the “don’t ask, don’t tell lane.” And I did, in fact, have a couple of negative encounters with a couple of board directors — my bosses — that made me conclude the friction was very personal and was based on my sexual orientation.

And I guess there’s also a reason number four: I was just chicken shit.

I sometime wonder if part of my motivation to be involved in our community was a way I could still help and assuage my guilt at being closeted in certain environments. Right or wrong, I hope the fruits of my involvement helped at least someone.

But to answer your question, YES, I think it’s imperative to be open at work if possible and safe.

One thing weird I never did was hide my activism or my overall desire for equality. There was a time I was stupid enough to think I was living in two separate worlds, and ne’er the two would meet! Even early on, when there was a picture of me in the newspaper, on a stage, getting dollar bills stuffed in my bra for a fundraiser, it never dawned on me that I might get found out. As a matter of fact, when that pic made the front page of Dallas Voice and the paper landed on my desk — after circulating 10 stories in my building — thanks to a coworker, all I said, “Oh wow! I raised a lot of money that night for Home for the Hoildays!” All without batting an eye. Then I explained what Home for the Holidays was and was given a donation!

So no, I was not OUT in the best and most honest way, but whatever I was doing, it WAS indeed in a very flamboyant way. Either indirectly or directly, I do I hope I did “pave the way for some folks,” but I’ll forever regret some of my choices, and I apologize if I ever hindered anyone or kept them in fear.

Talk to me about Chick Happy Hour. How and when did that start? Hmm … let’s see. I’m not really sure what year CHH started, since it was just a little happy hour about which I had no foresight regarding its longevity. But I’m pretty sure it was at least 20 years ago.

It actually started because, when making plans with friends I would cancel and reschedule so frequently it was embarrassing. So I thought, let’s just pick a standing time, so that we could all know when/where we’d be. It wasn’t initially for networking or hook ups, but just for my gal pals to get together.

It started as a Sunday brunch for the first couple of times. Then I met Michael Scott at a party, and we were talking about my brunch and a way for it to include other women (she was single). We wanted it to be a completely diverse and inclusionary happy hour for lesbian singles and couples.

I chose the name, wrote a mission statement/“invite.” Michael found the venue; we called our groups, and 60 women showed up!

Over the years Ibis Kaba, Sue Wyll and Carolina Clammer have chaired CHH with me. And the success of CHH is because of these women and the women who come out and support it.

What is the best part of Chick Happy Hour, to you? What makes it an important part of the community here in North Texas? One of the first things I was quite adamant about was that, because I was always asking the girls for money, CHH would be social ONLY — no fundraising, no ticket sales, no speeches. I wanted to give back to those who supported me by hosting them in a completely social way.

So while that’s still a “rule” for the same reason, we do — happily and frequently — use our list of 1,500+ by posting and sharing other community organization causes and events.

The important part to me is that, while we’ve had as few as 60 people and as many as 600, we are still doing it. And we will continue to do it for anyone who still finds value in it.

And I love that, at least once a month in our busy, crazy world, we get to see an old friend or make a new one.

Tell me about other causes or movements that are important to you. I know women’s rights in general are very high on your list. What else? I actually retired from all my involvements years ago, especially when my parents became ill and needed several years of caretaking. And then, of course, after their deaths I had no interest either. It’s been six or seven years since I have been involved in any activism or community participation other than CHH.

BUT! Yes, my care and passion are still and will always be LGBTQ rights, women’s rights and, for goodness sakes, EQUAL RIGHTS FOR ALL HUMANS! I can tell you I’m justifiably scared as hell in these times. I’m not quite sure what to do, but I do know for sure it can’t be nothing.

Since retiring from the credit union, what are you doing these days? Do you have any big projects or plans you are working on? As of late, after three years, I’ve been watching a lot of Dr. Phil during the day. Needless to say, that’s just not a healthy choice or use of my time.

So, I’m excited to say that I start next week working 10 hours a week at the North Texas LGBT Chamber of Commerce and 10 hours a week working for Texas Pride Impact Fund, and I’ll be volunteering with the Human Rights Campaign with its Women’s Fairway to Equality golf tournament next year.

When you think back, is there anything you would do differently? Not be such a wuss! Listen better. Dial it down (at least sometimes). Think before I speak. But mostly, I wish I would have done more.

As a successful businesswoman and someone who has been and continues to be active in the LGBTQ community and the women’s movement, what advice do you have for women in general, lesbians or LGBTQ folks in general who are following in your footsteps? SHUT UP OR GET INVOLVED! BECOME A PART OF THE SOLUTION! GET OFF THE COUCH OFF SOCIAL MEDIA. GET ENGAGED IN SOMETHING THAT HELPS OTHERS!

And last, but not least, what do you want to talk about that I did not ask about? This issue just isn’t long enough for that, but thanks for asking! Do you think anyone is still reading?