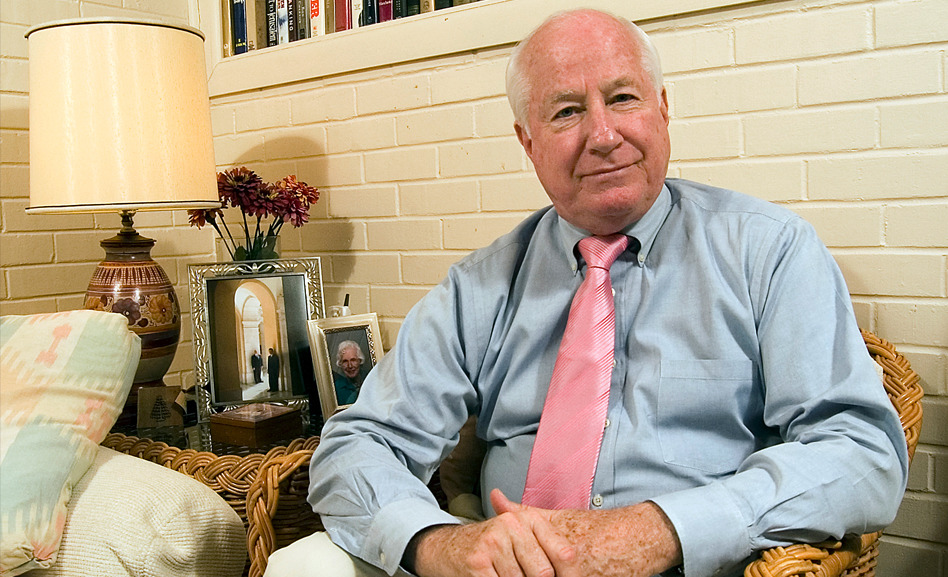 Former Arizona Rep. Jim Kolbe sits for a photo in the living room of his house in Tucson, Ariz., in January 2007, shortly after retiring from Congress. (AP Photo/John Miller)

Former U.S. Rep. Jim Kolbe of Arizona — the first openly-LGBTQ veteran and the second openly-gay Republican elected to Congress — died today (Saturday, Dec. 3) following a stroke, according to the Associated Press. Kolbe, who was first elected to Congress in 1984 and retired in 2006 at the end of his 11th term, was  80 years old.

U.S. Rep. David N. Cicilline of Rhode Island, chair of the Congressional LGBTQ+ Equality Caucus, released a statement today, saying, “As an out gay man in Congress in the late 1990s and 2000s, Jim Kolbe affirmed to the American people, and gay men across the country, that there was a place for them in the halls of Congress,. He served his constituents, Pima County and Arizona with dedication and integrity.”

He added that Kolbe “made history as the first openly LGBTQ+ veteran in Congress, and he helped pave the way for me and so many of my LGBTQ+ colleagues.”

Kolbe started his political career at the age of 15 by working as a page in Washington, D.C., for Sen. Barry Goldwater. He attended Northwestern University and then Stanford University, earning a master’s degree in economics. Kolbe served in the U.S. Navy from 1965 to 1969, and was deployed to Vietnam, where he was awarded a congressional medal for valor.

Kolbe in the Illinois governor’s office and in real estate before being elected to the Arizona State Senate in 1976, holding office there until 1982.

Kolbe came out as a gay man in 1996, choosing to make the announcement himself before he was outed by an LGBTQ activists angry that he voted against federal recognition of same-sex marriage.

In Congress, Kolbe was known for his advocacy for free trade, international development, immigration and Social Security reform. He later repeatedly co-sponsored a bill to scrap the military’s “don’t ask, don’t tell” policy on homosexuality, and he sat on the national advisory board of the Log Cabin Republicans, which represents the LGBT community.

It was reported that Kolbe left the Republican Party in 2018 and became an independent because of Donald Trump. Kolbe reportedly said, “I didn’t leave my party; they left me.”

In 2020, Kolbe wrote a guest column saying that he was a conservative who would be voting for the Democratic presidential candidate Joe Biden.

Kolbe’s husband Hector Alfonso, whom he married after leaving Congress, today told the Arizona Daily Star, that Kolbe “belongs to so many people. He gave his life for this city. He loved Tucson; he loved Arizona.”

Ducey said Kolbe “once said he was ‘born for the job.’ He certainly was, and Arizona is better for it.”